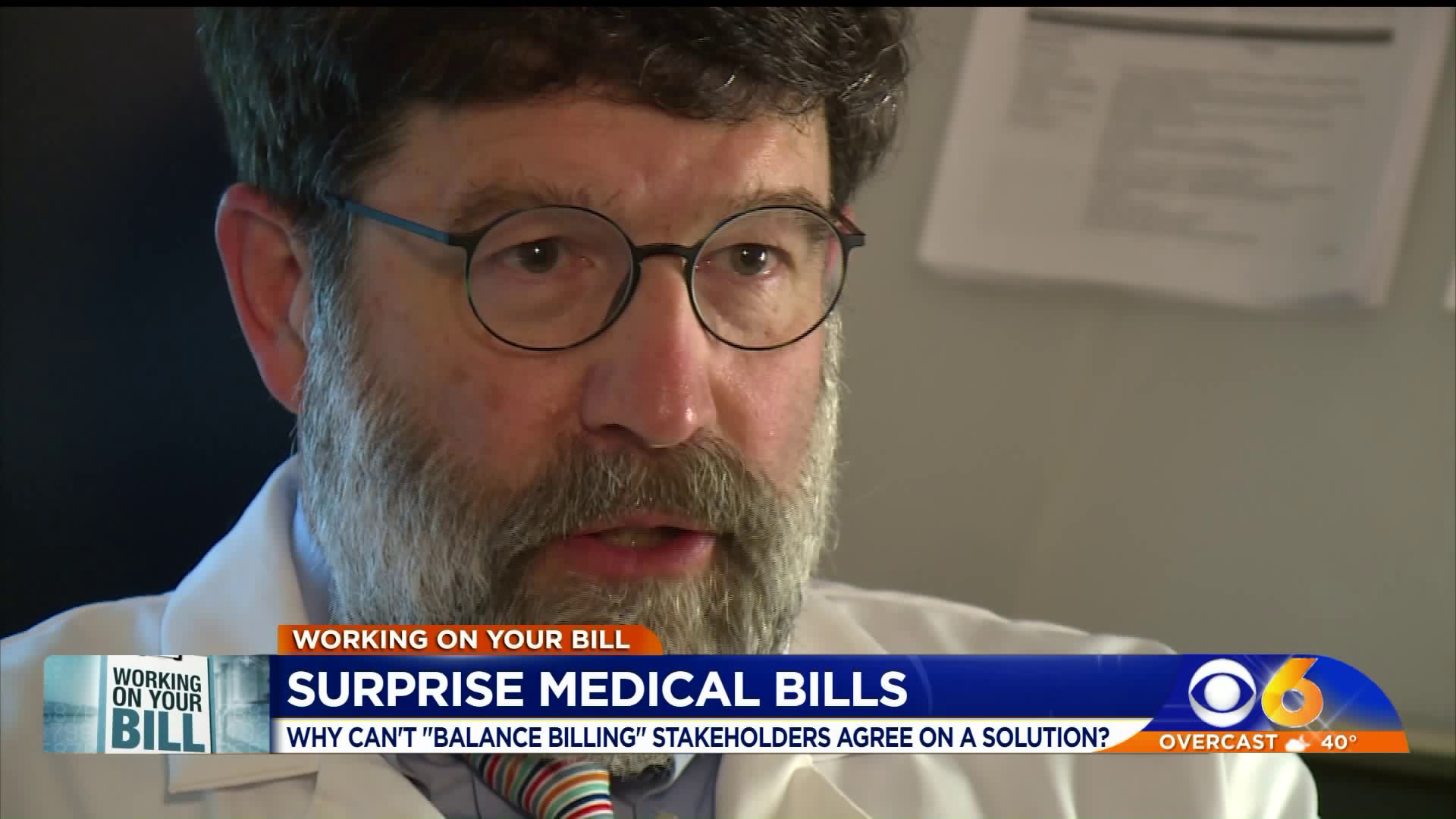 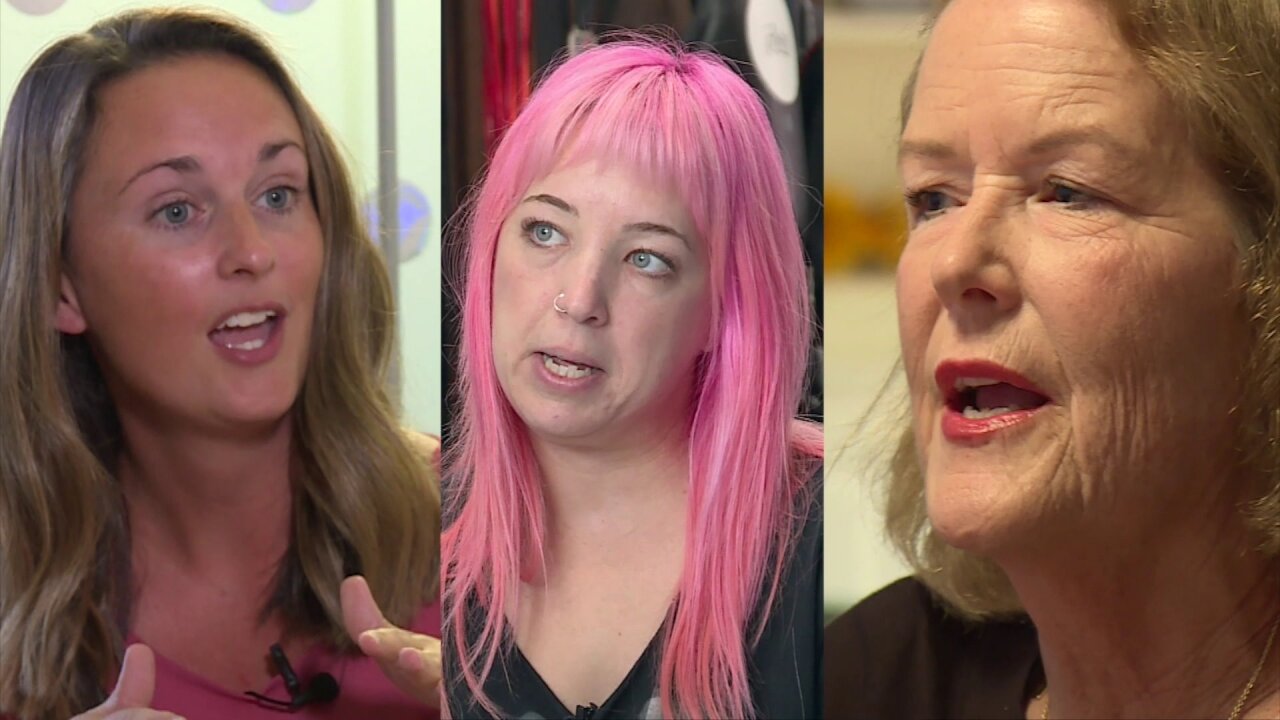 RICHMOND, Va. -- We've all seen the signs advertising emergency room wait times, but what you will not see advertised is a situation three different women profiled by the CBS 6 Problem Solvers said they experienced. Each woman said they received a surprise bill in the mail after they gave birth or received emergency care at Henrico Doctor's Hospital, which is owned by the Hospital Corporation of America (HCA).

"I'm just a person stuck in the middle trying to be treated fairly," Lynette Jackson added.

"I did not pick to see this doctor," Lindsay Mosca said. "I went where you told me I had to go."

Mosca, Sussan, and Jackson all said the hospital is in network with their insurance, but at some point they were all treated, unknowingly, by an out-of-network doctor.

"When you're giving birth the last thing you're thinking about is wait, can I have your number to check and see if you're within network?" Mosca said.

Their stories sounded a lot like what experts called "balance billing."

"I think it's quite common everywhere, not just in Virginia," Dr. Szucs replied.

Doctors, hospitals, and insurance companies all said they wanted to fix the problem, but none of the stakeholders can agree on a solution.

"This is a business model," Doug Gray, the Executive Director of the Virginia Association of Health Plans, said.

He blamed hospitals and doctors for the surprise bills.

"Who hasn't seen a billboard with a short wait time of eight minutes to go into the ER? And then they expose you to someone they've hired from a national staffing company that they have not required be in network," Gray said. "That's setting you up to be balance billed, and it's wrong."

Julian Walker, the Vice President of Communications for the Virginia Hospital and Health Care Association, said insurers were to blame. He said insurance companies were trying to drive up profits.

"Why is it that the hospitals can't just say we require every physician working in our hospital to be in network?" Hipolit asked Walker.

"That could lead to an impact on patient access to care," Walker replied.

Walker said insurers do not include enough doctors "in network," so hospitals might not have enough doctors to staff a 24/7 operation if they could not use out-of-network doctors working for independent physician groups or third-party staffing companies.

"Many hospitals say to the people that they are contracting with to provide care in their facilities: we expect you to be in network with everyone we're in network with," Walker said. "But a hospital, or any other health care provider, can't mandate to the insurance company how broad or narrow the network is. The hospital isn't deciding this is the scope of the network, the insurance company is deciding the scope of the network."

So why are these doctors out of network in the first place?

Dr. Richard Szucs with MSV blamed insurers, suggesting they often do not want to pay a fair rate to the doctors.

"It would be like going into a restaurant and saying I'm going to give you $15, and I want a nice steak dinner and you have to take it, and that's not right," Szucs said.

He points to a publication from the American College of Emergency Physicians that shows ER doctors in Virginia were the sixth highest paid in the nation, earning an average of $426,000 per year.

"From their perspective, they're suggesting doctors are making enough money as it is right now, so why do they feel like they need to go out of network to get fair compensation?" Hipolit asked Dr. Szucs.

"I think that's the only negotiating tool that physicians have with insurance companies, is to go out of network if they aren't in agreement with the rates insurance companies are proposing," Dr. Szucs replied. "Physicians want to provide quality care to patients and we want to be able to do that. If reimbursements go too low, physicians are going to have to decide that they can't care for the patient, or they're going to have to cut some corners and reduce quality, and we certainly don't want that."

Some states have already enacted solutions to balance billing, but state solutions do not apply to most people, so a federal solution is needed.

"If you get these surprise bills you should try to fight them," Senator Warner said.

"What can the average person do when it comes to trying to fight these bills? Hipolit asked.

Senator Warner told Problem Solver Melissa Hipolit what solution he supports and when he expects the problem to be solved. Watch that Problem Solvers Investigation next week on CBS 6 News at 11.