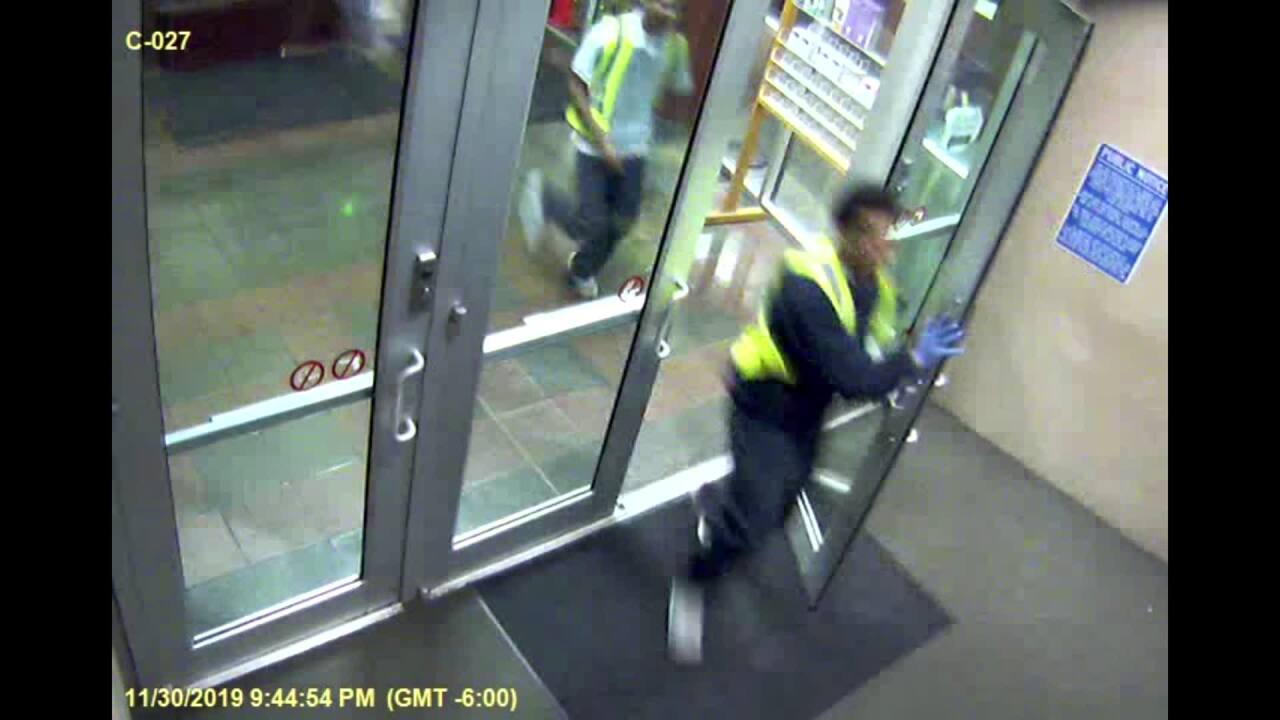 Two teenagers who broke out of a Nashville juvenile detention center were recaptured Tuesday, police said.

Authorities are still searching for the two other teens who escaped from the facility on Saturday.

The arrests come hours after officials released security videos that showed the teens running undetected through the empty hallways of the facility and escaping through the front door.

The teens escaped the facility Saturday past the 9 p.m. usual bedtime when a staff supervisor left them cleaning an area inside the facility by themselves and went to a different floor to address a disturbance, the company managing the center said.

They entered an elevator that had been left open by a staff member, according to a statement from Davidson County Juvenile Court.

They were “able to convince a staff member to make a call to Master Control and request that the elevator be sent to the basement, which is an unsecured area youth are not permitted to access.”

The footage appears to begin moments after they exited an elevator that connects the secured area of the facility to a public area in the basement.

The teens are seen racing up the stairs to the main level of the facility. One of them briefly ran down the hallway away from the stairs before turning around to follow the others.

The group, still wearing their vests, continues running on empty hallways before they go through the glass front doors and down the front steps of the building.

Video from a camera outside the building shows one of them taking off his yellow vest and tossing it near the front entrance.

Authorities had said it was more than likely the teens had some assistance once they were outside but no one else other than the teens appears on the surveillance footage released Tuesday.

Youth Opportunity Investments, a private detention contractor which has managed the center since 2015, has fired three of its employees and suspended one for three days in reaction to the escape, the company said.

A teen is among state’s most wanted fugitives

One of the two teens who remains at large has been added to the Tennessee Bureau of Investigations’ most wanted list.

Brandon Caruthers, 17, was placed on the list after he and three other teens fled. He is being charged as an adult in an armed robbery case from August last year, police said.

“He should be considered dangerous,” a TBI’s wanted flyer said.

A reward up to $2,500 is being offered for information leading to Caruthers’ arrest, according to the TBI.

Two of them were accused of murder in separate cases earlier this year. Decorrius Wright, 16, is accused in the February death of Kyle Yorlets, police said. Yorlets was a Nashville musician who was shot and killed when a group of five minors robbed him of his wallet and he refused to hand over his keys.

Morris Marsh, 17, is accused in the April killing of Charles Easley, police have said.

The third teen, 15-year-old Calvin Howse, was arrested in November on charges of gun possession and auto theft, police said.