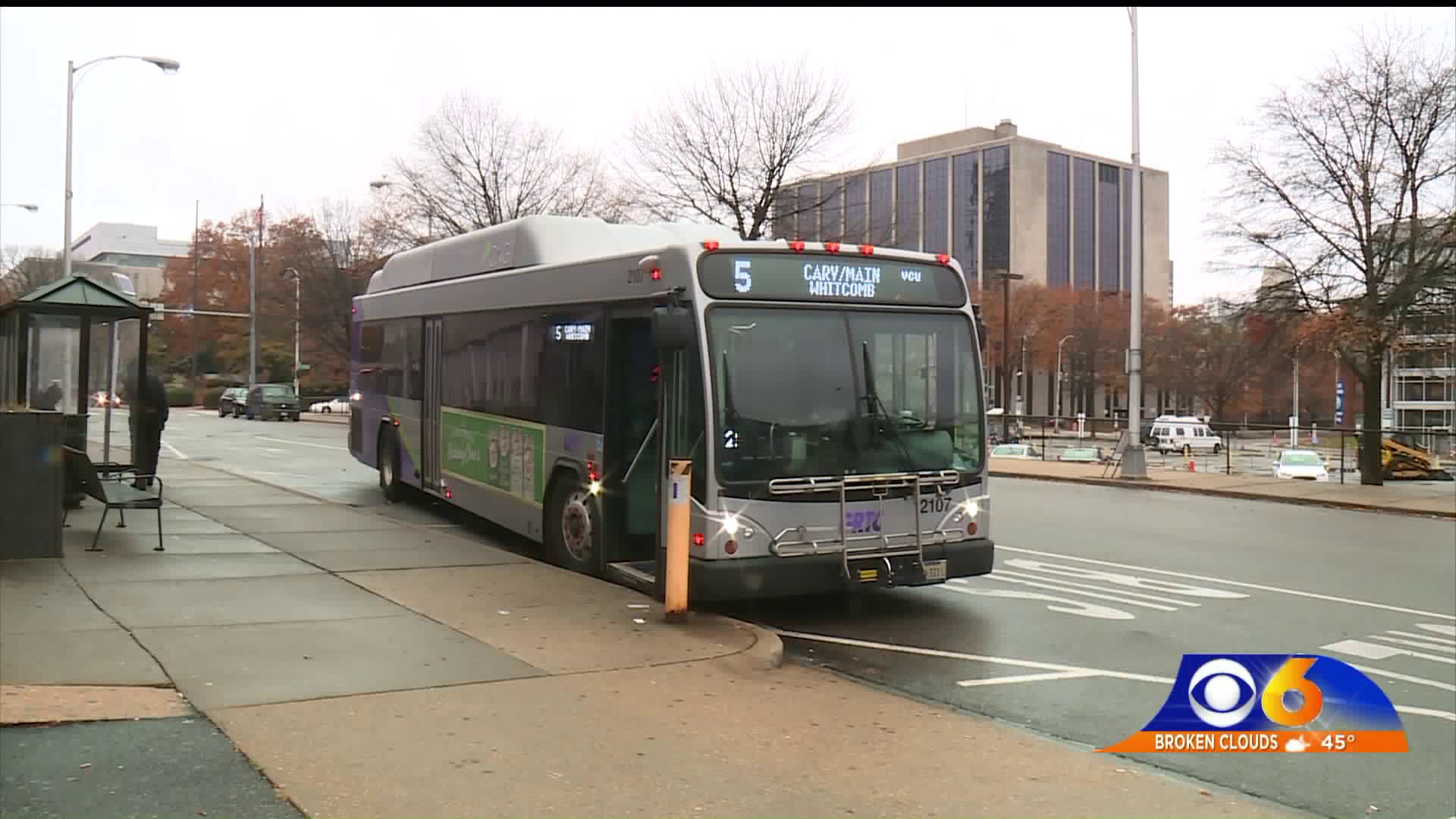 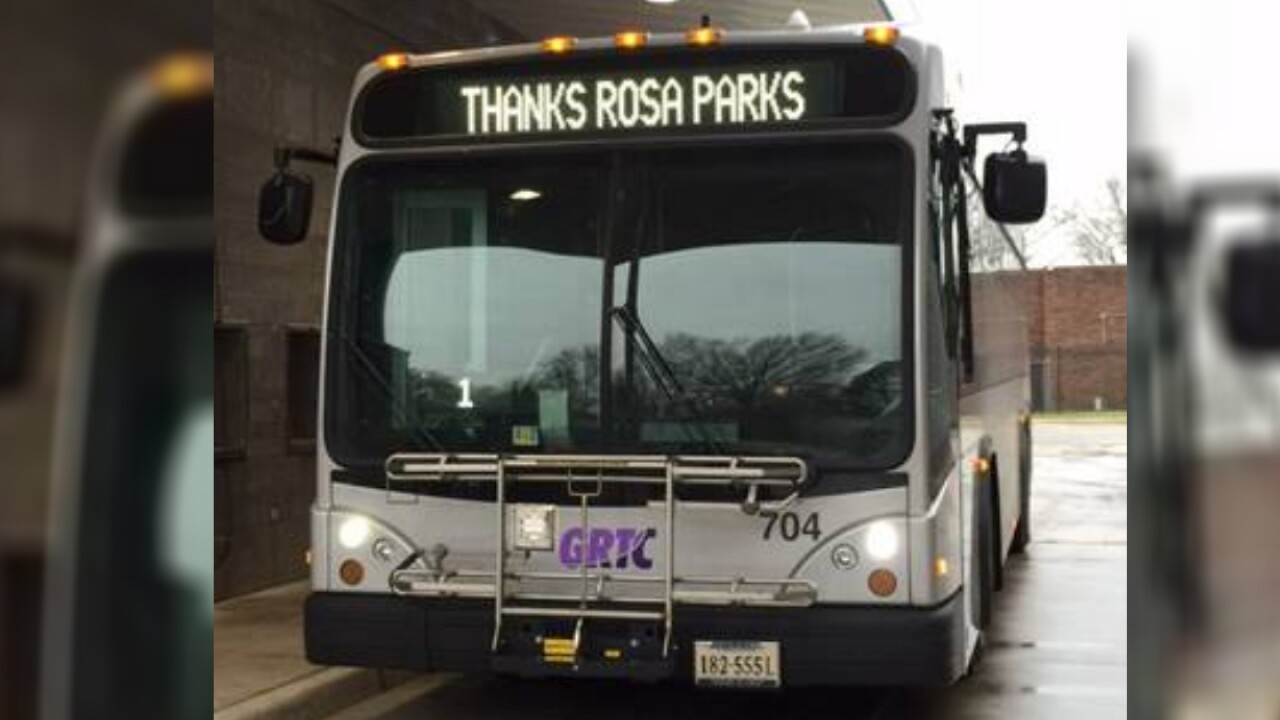 Parks refused to give up her bus seat to a white passenger on Dec. 1, 1955. She was arrested and fined. Four days later, in response to the Parks arrest, a year-long bus boycott began. It ended when the Supreme Court ruled that segregation on public transportation was illegal.

To commemorate the anniversary of the powerful and historic act of defiance, the Greater Richmond Transit Company (GRTC) paid tribute to Parks by reserving the first passenger seat on every GRTC bus on Sunday, Dec. 1.

"Each of these seats will have a commemorative sign displayed on them, honoring both Mrs. Parks’ legacy and her dedication to the Civil Rights Movement," GRTC officials said.

Each bus also honored the Civil Rights icon with a rotating "Thanks Rosa Parks" message in its electronic header sign.

In addition, all GRTC buses kept their headlights on all day to represent “her light.”