RICHMOND, Va. -- The FBI is offering a $5,000 reward for information that leads to the arrest and conviction of the man wanted for two armed robberies in Central Virginia.

Officials said the suspect walked into the College Mart in the 1500 block of Chamberlayne Avenue in Richmond on Oct. 11.

"The armed suspect approached the victim clerk and demanded money, but when the clerk was unable to open the register the suspect discharged the firearm and forcibly removed the entire cash register," David W. Archey, Special Agent in Charge of the FBI’s Richmond Division, said.

Additionally, Archey said the suspect also robbed the RVA Wireless Store in the 10000 block of Midlothian Turnpike on Sept. 18.

"During this robbery, the armed suspect approached the victim clerk and demanded money," Archey said. "The suspect then jumped the counter and forced the clerk to the rear of the store before leaving."

The suspect is described as a black male with a medium complexion, about 30 years old and 5 feet 8 inches tall. He jeans and a black NASA hooded sweatshirt with blue sleeves during both crimes, officials said. Officials said the suspect was wearing bright red shoes during the College Mart robbery.

"The suspect should be considered armed and dangerous," Archey warned.

Investigators asked anyone with information about the case to the Richmond Division of the FBI at 804-261-1044 or via tips.FBI.gov 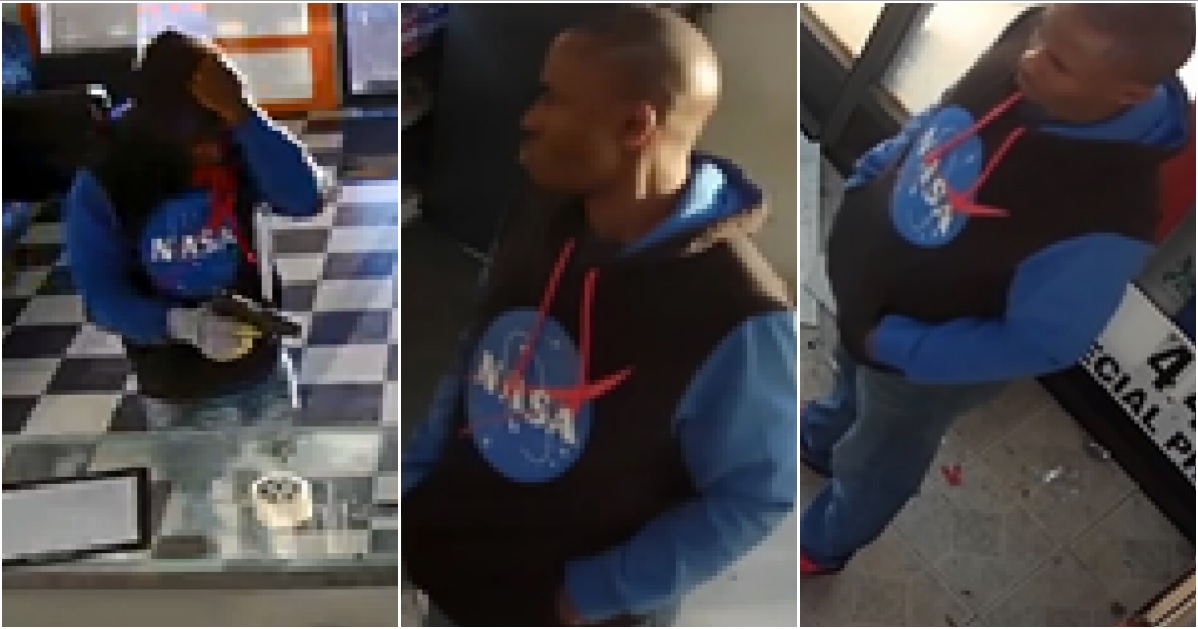