Armed with a gun and a box cutter, masked men rob breakfast crowd at Waffle House

The men entered the Hopkins Road restaurant around 6:15 a.m. on Saturday, November 23.

"[The men] entered the business, one displaying a handgun and one displaying a box cutter. The suspect with the firearm approached two customers and took cash and other items from them," a Chesterfield Police spokesperson said. "The other suspect attempted to steal the cash register but was unsuccessful." 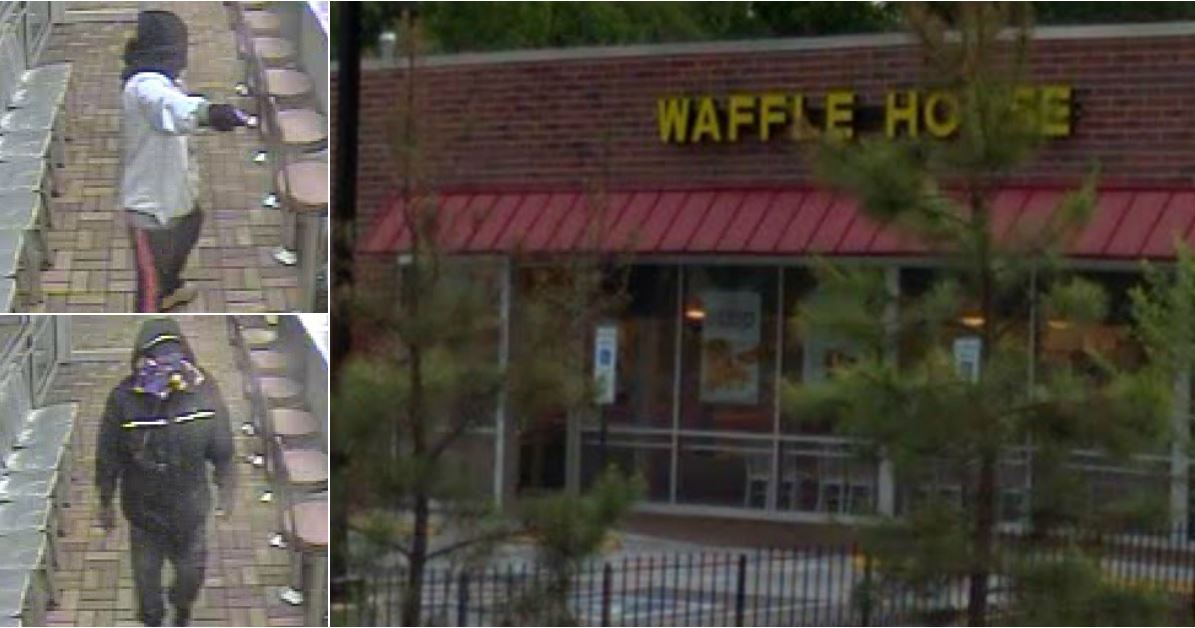 #1 Black male who appeared to be in his early 20s. He was wearing a white jacket, a mask, dark-colored pants with a red stripe and light-colored shoes. He was armed with a handgun with a chrome or silver slide.

#2 Black male who appeared to be in his early 20s. He was wearing a dark-colored jacket, dark-colored pants and a mask. He was armed with a box cutter.