HENRICO COUNTY, Va. – Police are searching for two men accused of stealing medications during a robbery at a Henrico pharmacy Monday evening.

Henrico Police were called to the pharmacy in the 2000 block of Staples Mill Road for the report of a robbery at approximately 5:59 p.m.

The men entered the pharmacy 10 mins before closing time, according to police.

"[They] displayed handguns demanding narcotic medications," a Henrico Police spokesperson said. "They were wearing sunglasses, partial facial coverings, and latex gloves. The suspects escaped with an abundant amount of medications to include pills, powder, and liquid medications." 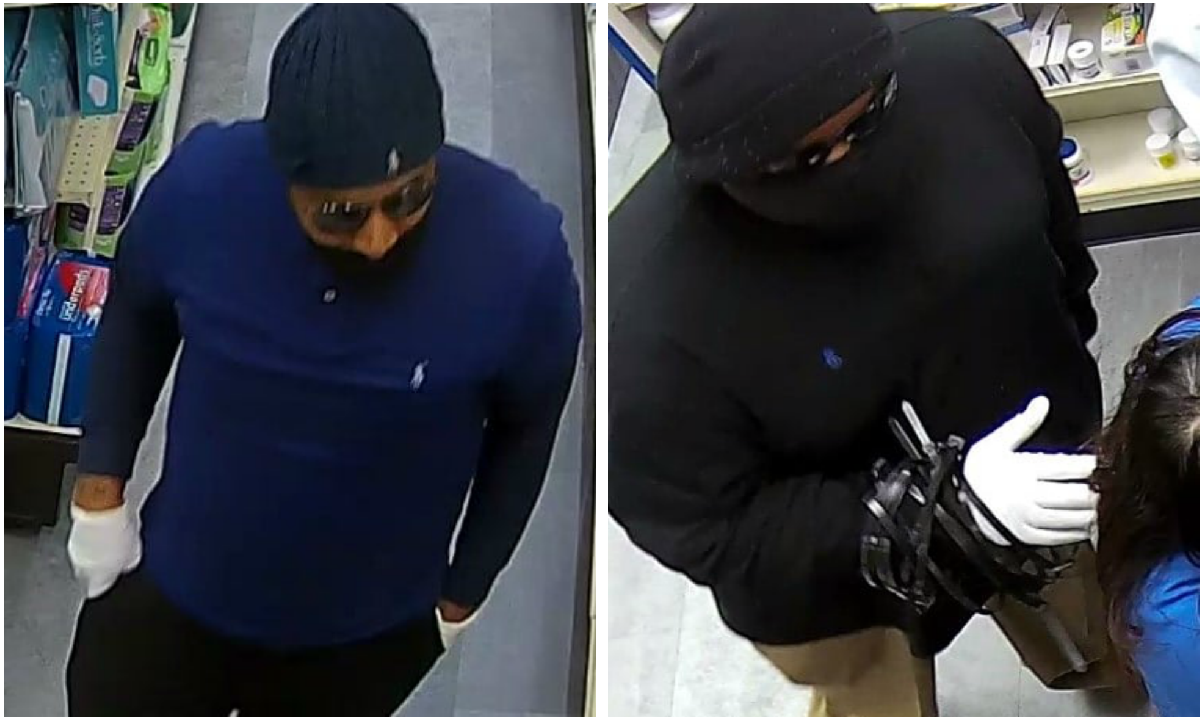 The men drove off in a white, older model sedan.

One man was described as a larger, dark-skinned black male, approximately 250 plus pounds and around 5’8” to 5’10.” He was seen wearing a black long sleeve shirt and khaki pants.

The second man was described as a tall black male with a medium complexion. He Described as 170-200 pounds and 5’10” to 6’0” tall. He was seen wearing a blue shirt and dark pants. The suspect also has tattoos on the top of both wrists.

Powhatan Sheriff’s office confirms that their detectives are investigating if this incident is connected to a similar Powhatan pharmacy robbery in July.