35 homeless after fire guts Chesterfield apartment complex: ‘You could feel the heat’

CHESTERFIELD COUNTY, Va. -- Thirty-five people are without a place to live after an apartment complex was engulfed by flames in Chesterfield County Saturday afternoon.

Firefighters responded to a report of an apartment fire at the Old Buckingham Station Apartments at 1:30 p.m.

Lt. Jason Elmore with Chesterfield Fire and EMS said a “column of smoke” from the blaze was visible from Midlothian Turnpike as crews arrived to "heavy fire coming from the rear of the four-story apartment building."

"We had residents on scene that were knocking on buildings prior to our arrival trying to get folks out safely," Elmore said.

Fire officials said the blaze started on the third floor and then spread to the attic.

Two cats trapped in one of the apartments died, but no other injuries were reported, Elmore said.

A total of 19 units and 35 residents impacted after today’s apartment fire on Buckingham Station Road. @VARedCross and property management assisting those impacted. @NBC12 @8NEWS @CBS6 No injuries reported but unfortunately 2 cats died in one of the apartments. pic.twitter.com/LBquWS66ef

Neighbor: 'You could feel the heat'

One witness noted a “column of smoke” from the massive blaze was visible from Midlothian Turnpike.

Stephanie Seal said she was shopping nearby when saw the smoke and rushed home.

“They made us start pushing back and back and back,” Seal said. “It was a big mess. And you could feel the heat from a long ways away.”

While some of the displaced lost everything to the flames, some were luckier than others.

Red Cross crews and the apartment complex management team are assisting the victims.

Residents were grateful no one was injured just days from Thanksgiving.

“The materialistic [can be replaced], but thank God I have my family together for Thanksgiving,” Karen Seal said.

Officials said the Fire Marshal’s Office is investigating what sparked the fire. 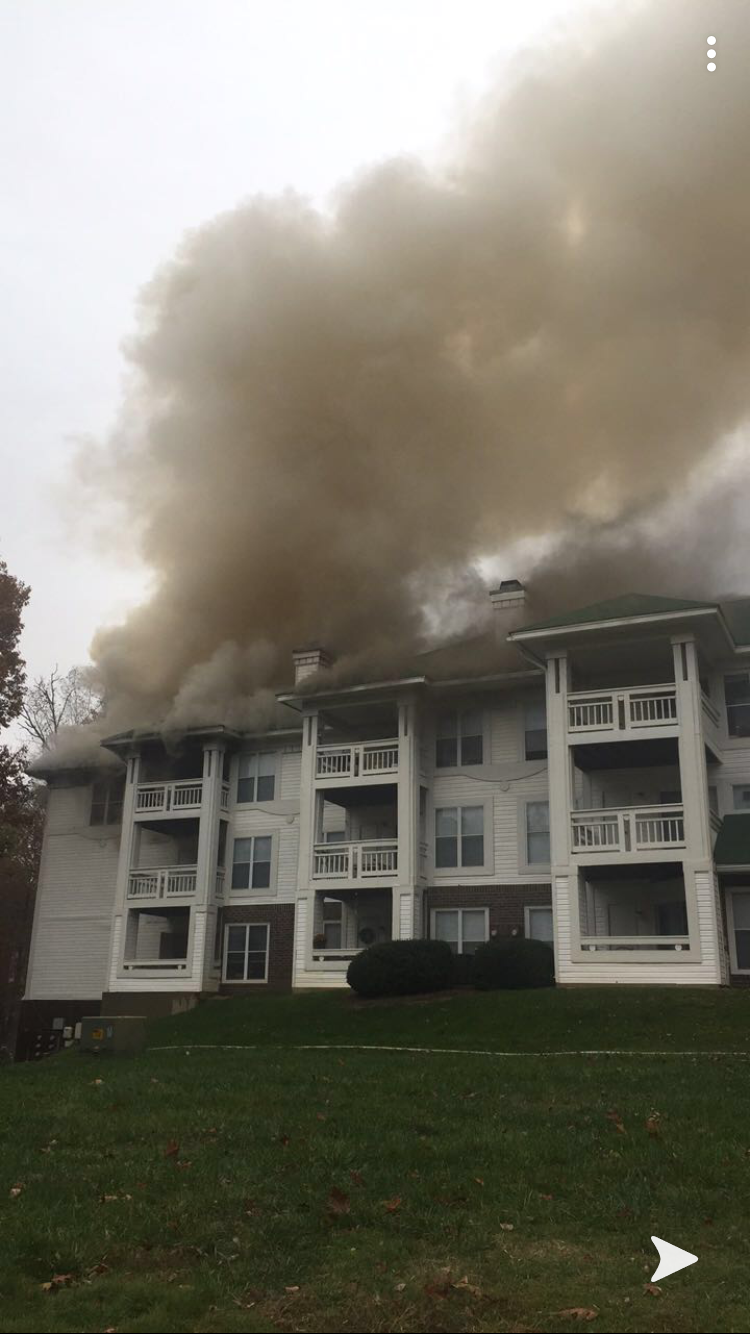