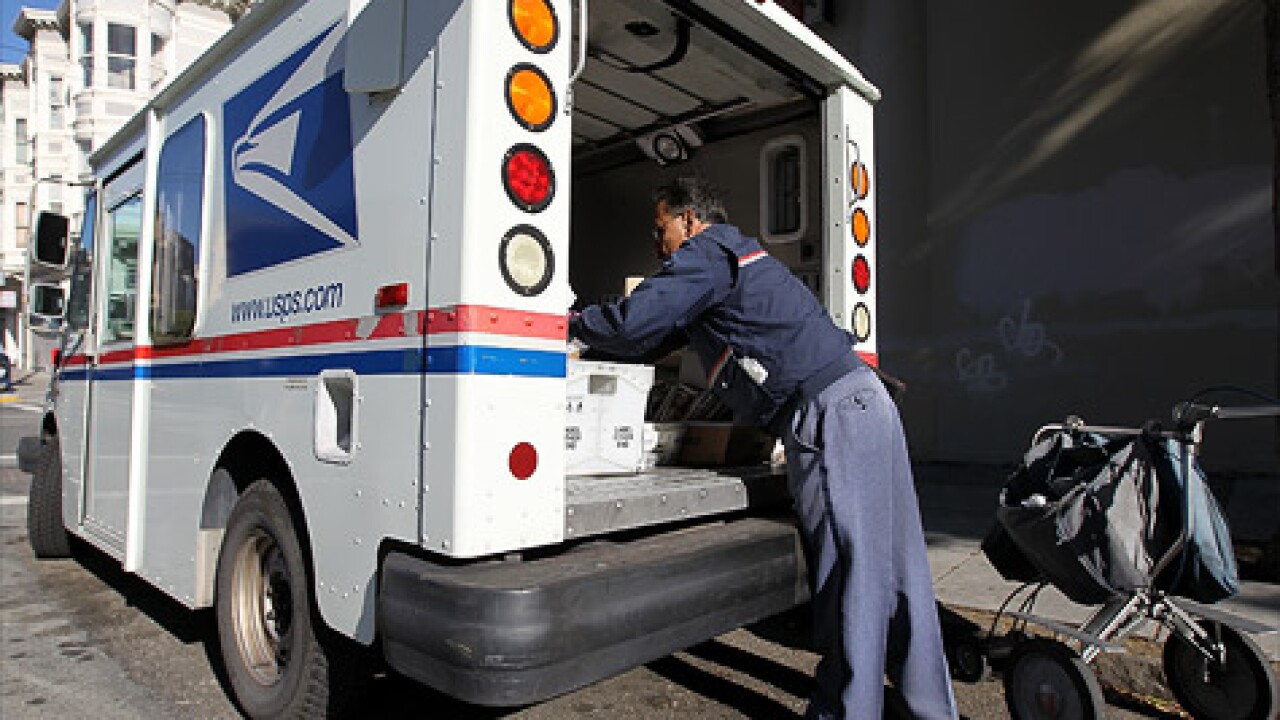 RICHMOND, Va. -- The U.S. Postal Service responded Friday to a recent report ranking Richmond's mail delivery times as the third-worst in the country.

Jaclyn Barton, a VCU graduate student studying multimedia journalism, compiled the data she obtained from the USPS website for the Capital News Service.

Last spring, less than 84% of the region’s first-class mail was delivered on time, according to the figures. Only two service areas in the U.S. had a worse on-time delivery rate.

"The data speaks for itself," Barton said. "I was able to put numbers to those voices."

The Richmond area’s worst quarter in recent years was October through December of 2018, when less than 66% of the mail that was supposed to be delivered in three to five days arrived on time.

That was a difficult quarter throughout the country for the Postal Service: The nationwide on-time delivery rate for that period was just over 72%.

Barton found the Postal Service’s target is to deliver 96.5% of two-day mail and 95.3% of three-to five-day mail to arrive on time. The service set those targets in 2014, but has never met them.

Most customers receive their mail timely and consistently six day a week. In places where there are late deliveries, mis-deliveries or inconsistent delivery, our field management teams work to follow established processes to ensure that customer expectations are met.

Additionally, we strive to continually improve our service, and we will work diligently with our employees and the community to address issues that arise. We are also relying more on new technologies such as advance routing solutions and geo-spatial accuracy checks to improve accuracy and consistency of our mail delivery.

Richmond customers who have questions about their mail delivery service should contact their local Post Office, call Richmond Consumer Affairs at 804-775-6317 or get help on Twitter via @USPSHelp.

Rachel Westfall once attributed her unusual apartment address in Jackson Ward for her persistent mail issues. Her address is "101 1/2 A" while her neighbors share similar house numbers.

But, in April, an important bill arrived well past its deadline at City Hall.

"In this case, it was my property tax," Westfall recalled. "Even now that’s technically not sorted out."

"I just walked up there to pay in person because the other one got lost. I didn’t trust it anymore," Westfall explained.

She realized she wasn't alone in her mail issues from a post on Nextdoor.com.

"It’s like you just joined the club, like -- other people get it," Westfall stated. "It's the poor souls club."

Earicell Royster voiced her frustrations about the postal system outside of the 2nd Street office on Friday.

"The mail has been coming in at 8 o'clock at night," Royster explained. "Someone needs to oversee the mail so that it comes directly to different boxes as well."

The Church Hill resident worried about checking her mailbox so late at night.

"It seems like the ball has been dropped at every possible corner of this process," she said. "I feel so bad for those mail folks. I come home pretty late and I still see them delivering in the dark."