70% of the country will experience freezing temperatures this week 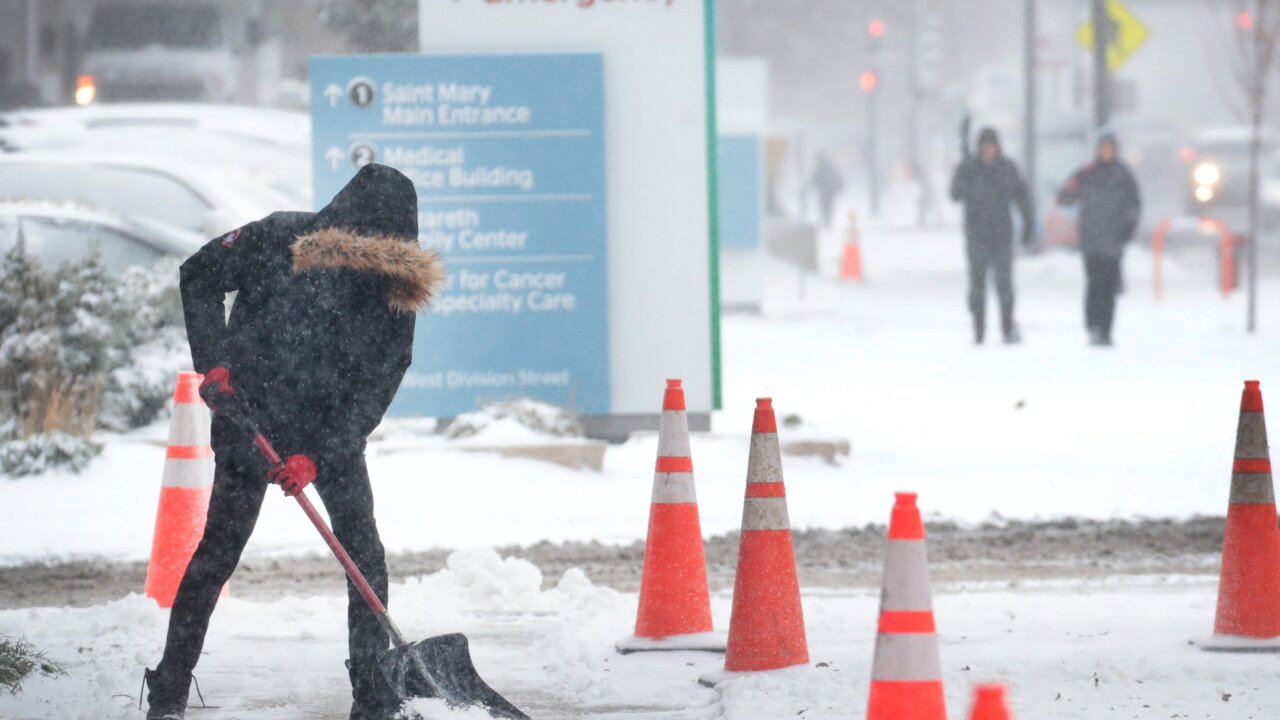 Roughly 70% of the US will experience freezing temperatures this week as an Arctic blast hits two thirds of the country. Over 240 million people are under winter warnings, watches and advisories.

Roughly 70% of the US will experience freezing temperatures this week as an Arctic blast hits two-thirds of the country. Over 240 million people are under winter warnings, watches and advisories.

By Tuesday night, record-breaking low temperatures are expected across the country as the cold front moves off the eastern seaboard. As many as 300 records could be broken with temperatures more typical for January than November.

In Virginia, a wintry mix on tap for Tuesday afternoon. Rain will change to or mix with snow between 11 a.m. and 2 p.m. in Central Virginia.

Temperatures will tumble into the 30s during the afternoon.

"Surface temperatures will be a few degrees above freezing, so any slick spots arising from snow will be very limited," chief meteorologist Zach Daniel said. "All precipitation will be gone by the evening commute."

Cold, dry weather is expected Wednesday, with lows in the low to mid 20s and highs in the upper 30s to low 40s.

Thursday will bring another morning in the low 20s, but afternoon temperatures will rebound into the upper 40s.

A disturbance passing by Thursday night into Friday may trigger an isolated shower or two (especially across southeast Virginia), but mainly dry conditions are expected going into next weekend. Expect partly sunny skies Friday through Sunday, with highs averaging in the low 50s and lows in the upper 20s and low 30s.

Roughly 70% of the US will experience freezing temperatures this week as an Arctic blast hits two thirds of the country. Over 240 million people are under winter warnings, watches and advisories.

In the northeast, cities like New York, Philadelphia and D.C. will start out with rain Tuesday morning and end the day with snow.

The cold air is moving south Tuesday where states like Georgia will see dramatic temperature drops within the span of hours from the mid-50s to near freezing. Even parts of Florida have been issued frost and freeze warnings.

Snow and ice will create dangerous travel conditions in the Plains, Midwest and Northeast.

This winter storm has already caused issues for flights.

More than 1200 flights were canceled Monday at Chicago's O'Hare airport. That morning, an American Eagle flight slid off the runway. At the time, there was light snow with visibility of less than a mile, wind gusts of 30 miles per hour and a temperature of 23 Fahrenheit.

Schools are also closing or issuing delays ahead of the expected freeze. Across the northeast, more than 70 schools in Vermont, New Hampshire and New York state have already canceled classes due to the snow, according to Vermont Public Radio. In Texas, several schools have announced delays and the Texas Department of Transportation spokesman Rick Dailey says they will be monitoring road and weather conditions throughout the night, CNN affiliate KRIS reported.