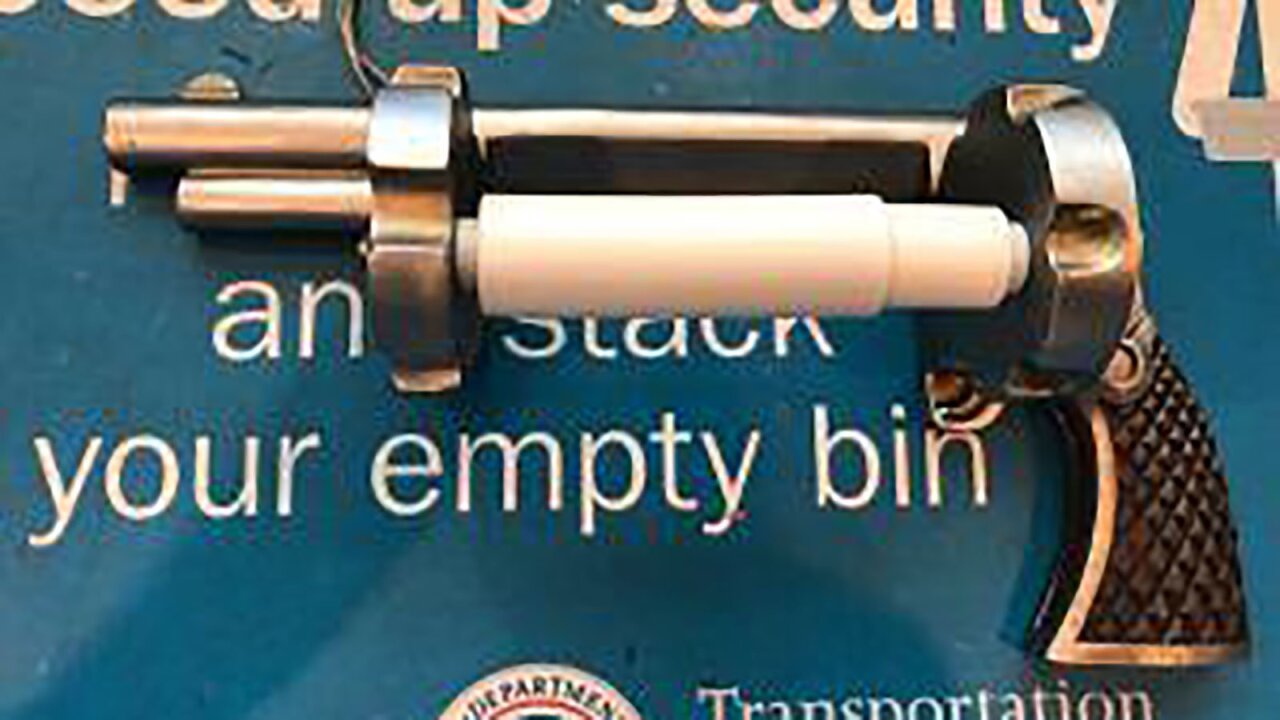 A traveler was stopped when a toilet paper holder shaped like a revolver triggered an alarm at Newark Liberty International Airport.

A traveler was stopped when a toilet paper holder shaped like a revolver triggered an alarm at Newark Liberty International Airport.

TSA agents at New Jersey’s Newark Liberty International Airport were prepared to give a traveler crap when they spotted a revolver in his carry-on bag.

But upon closer inspection, what they thought was a gun was really a gun-shaped toilet paper holder.

The “realistic replica gun” triggered an alarm when the bag it was in went through an X-ray machine.

“TSA does not permit travelers to bring real or replica firearms through a checkpoint,” the agency said.

The traveler was given several options: return the item to his vehicle, put it in a checked bag, give it to a friend who wasn’t traveling, or surrender it to TSA. He chose to surrender it, TSA spokesperson Lisa Farbstein told CNN.

After that, he rolled on through to his gate.