HANOVER COUNTY, Va. -- Reminiscing is one of Mary B. Healy’s favorite hobbies, but the Hanover County woman is not done making new memories.

Ms. Healy will reach a milestone birthday when she turns 108 years old in a few short months.

To put that into perspective, Ms. Healy was living before the Titanic sank, ahead of the first shot of WWI and before Babe Ruth played his first professional baseball game. When she was born, America had only 47 states.

Mary B. Healy reflects as she readies to turn 108 years old in February.

Ms. Healy marvels at the changes she has witnessed.

Ms. Healy was one of nine children who grew up on a farm with bare necessities.

“We didn’t have electricity then,” she remembered.

“Let me tell you how exciting that was," Ms. Healy said. “It was something else to hear someone over the air, you know?”

She also remembers the family's Victrola and the song her boyfriend used to pick his guitar and sing to her.

“Mary Lou, Mary Lou cross my heart I love you. Every bell in the temple is ready to ring. And all of the people are planning pretty presents over you," she remembered.

And transportation was left to a different kind of horsepower. Ms. Healy remembers riding the trolleys through Richmond and when Route 1 was a dirt road.

“Oh, how I remember those old dirt roads," Ms. Healy.  "We didn’t have cars then, man. What are you talking about... I’ll tell you how we got back and forth. My daddy had a horse and buggy.”

“These are my sisters and me.”

Growing up in rural Virginia

Life was tough growing up, but she was tougher. The straight A student dropped out of school in the sixth grade -- earning an education picking tobacco.

“I just knew life is something we had to do, you know. We had to make a living,” Ms. Healy said. "It wasn’t real hard for us then because we were young. Four boys and five girls.”

Ms. Healy would work at Philip Morris, marry and have a family. She has outlived her husband, daughter, siblings and even some grandchildren.

However, the centenarian does not dwell on the negative. She would rather focus on the high notes of life.

For a woman who has experienced more than a century of birthdays, this Valentine’s Day baby still gets a thrill.

“Oh, yeah man," Ms. Healy said. "When my birthday comes, I’m all excited. One time I had six parties.” 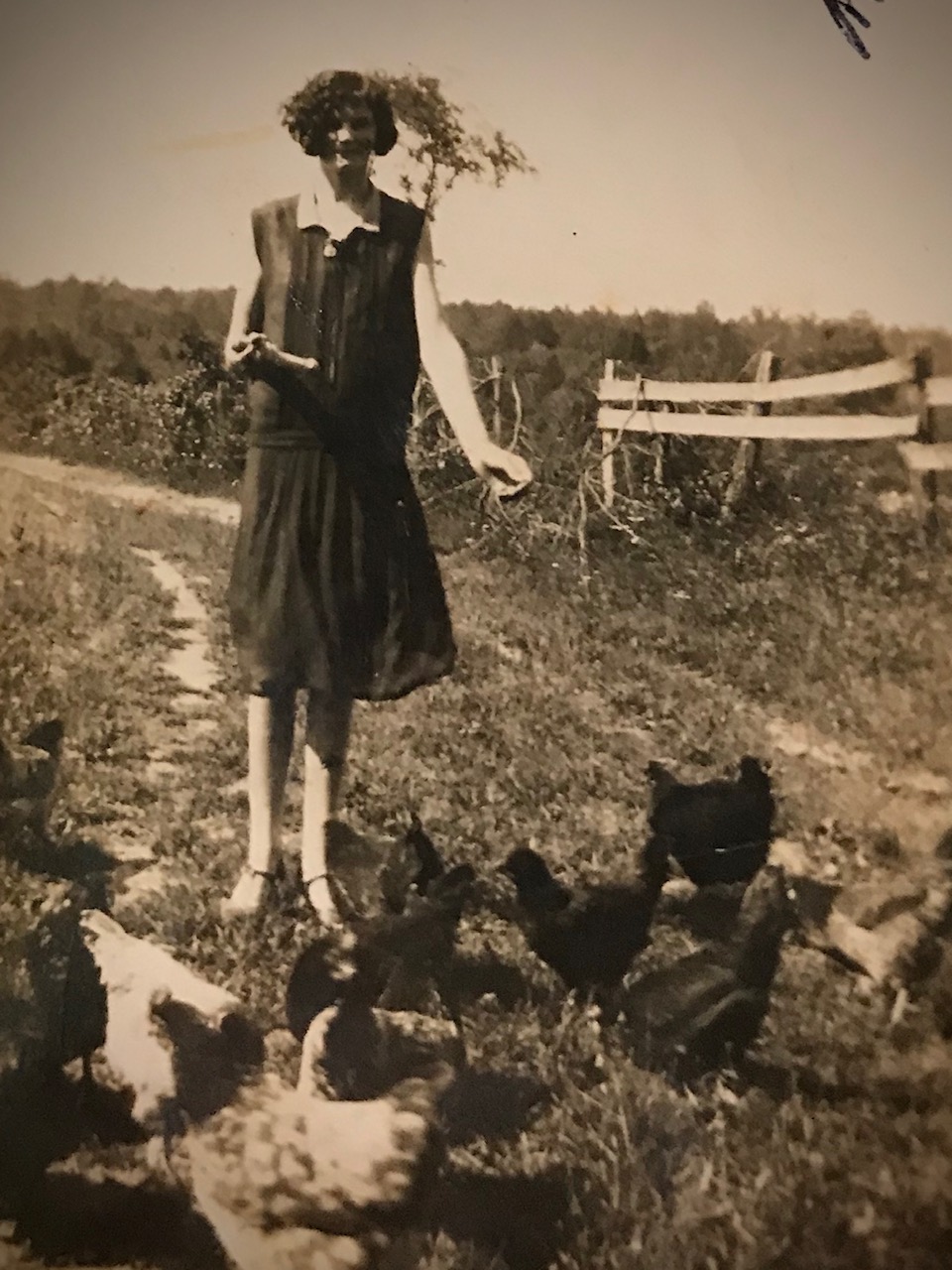 Ms. Healy credits her longevity to friendships and faith.

“I say the Lord is going to let me live as long as he wants me here and needs me here,” she reflected. “I tried to live right. It's hard to do though, I will tell you. Sometimes it's really hard...I think that is the reason He has kept me going. I tried living a good life and tried treating people right.”

Another secret to a long life is to stop and smell the roses, according to Ms. Healy.

"Take time to live. Take time to enjoy their lives... You know, God gave us a beautiful world to live in. Sometimes I think He gave us the Garden of Eden,” she said.

Ms. Healy has this advice for young people: "Slow down -- really."

“People don’t enjoy life anymore. They’re running from this, they want this," Ms. Healy lamented. "They’re running themselves to death to get it. A lot of people were not satisfied inside. It's always something else they want.”

Sound lessons from a woman who knows.