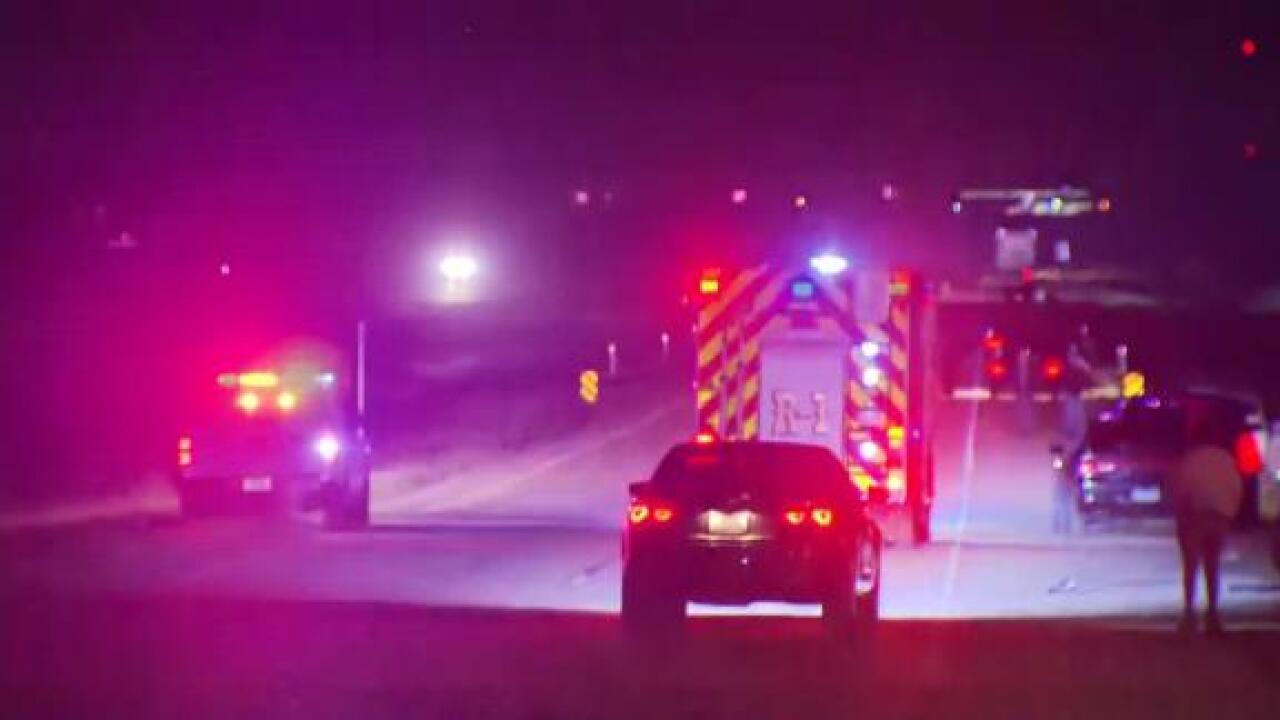 The manhunt has ended for a gunman who opened fire at an off-campus homecoming party near Greenville, Texas, police said.

Brandon Gonzales, 23, was arrested and charged Monday in connection with the shooting that left two dead and 14 others injured during a party Saturday, said Hunt County Sheriff Randy Meeks. Gonzales was arrested without incident at an auto dealership, Meeks said.

Gonzales has been charged with capital murder and is being held on $1 million bond, Meeks said.

Meeks said he would categorize this as a capital murder case, rather than a mass shooting. The motive for the shooting is unknown, but officials believe the gunman was targeting one person and continued firing at others.

Detectives worked the “horrific” scene of the shooting for 18 hours, Meeks said. He added there was blood inside and outside, along with shoes left in the building as people tried to flee the area.

Gunshots rang out around 11:45 p.m. CDT Saturday at The Party Venue, an event space located on a sparsely populated stretch of Highway 380. Greenville is a city of 27,000 located 50 miles northeast of Dallas.

Authorities first responded to complaints of vehicles parked along the highway, Chief Deputy Buddy Oxford said, and the shooting began about 15 minutes after they arrived.

“When the shots were fired it was complete chaos as people fled for safety and deputies attempted to locate the shooter,” Meeks said.

The initial investigation suggests the shooter was not a partygoer but that he likely got to the party before deputies arrived in response to an unrelated complaint, the sheriff said.

There were bullets on the floor of the venue, but most of them were part of a Halloween costume, he said.

There were about 750 people at the party, about 90% of whom were in their teens or early 20s, Meeks said.

“Our thoughts and prayers are with the victims, families, and friends of those affected by this morning’s shooting in Greenville,” Texas A&M University-Commerce said in a statement.

The owner of the venue told CNN that a Texas A&M University-Commerce fraternity had rented the space.

The owner declined to provide details about the shooting.

The Party Venue resembles a warehouse, and its Facebook page says it’s available for weddings, quinceañeras, high school reunions and other private parties. In a March post, it boasts a capacity of 500 people.

A candlelight vigil was held Sunday for the two victims killed in the shooting, but that was interrupted by gunfire, police said.

Officers responded to the shooting around 8 p.m. CDT and found a disturbance during the vigil led to shots being fired, according to Dallas police spokeswoman Tamika Dameron.

No injuries were reported in the shooting, but several vehicles were damaged, Dameron said.