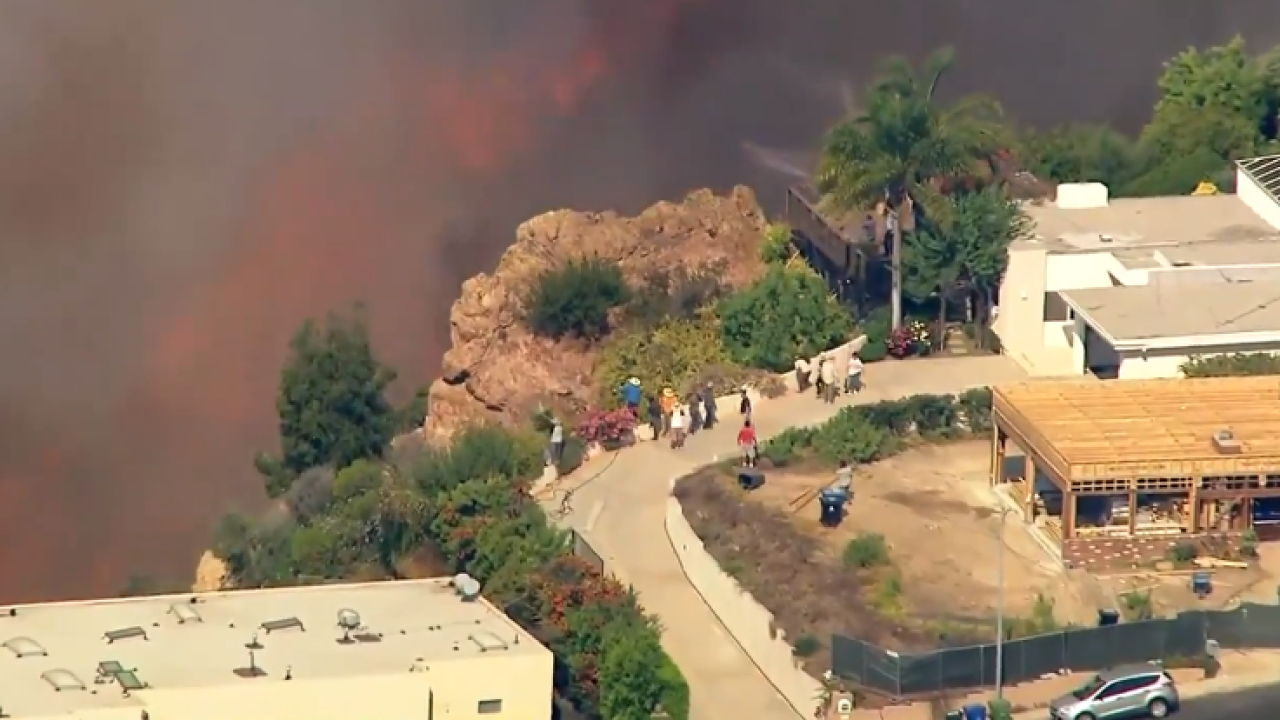 A fire in the Pacific Palisades area of Los Angeles has burned more than 30 acres of brush and is threatening homes on the hillside, city fire officials said Monday.

The Los Angeles Fire Department placed a mandatory evacuation order for all residents in the area.

“This is due to both potential fire and smoke behavior as well as the pending arrival of large fixed-wind retardant dropping aircraft,” LAFD said in a news release.

The fire started just after 10:30 a.m. PST and quickly moved uphill, LAFD said. The fire had burned trees and brush in the backyards of homes, according to CNN affiliate KTLA-TV.

An air tanker drops retardant ahead of the #PalisadesFire threatening homes in the Pacific Palisades area. Watch live: https://t.co/mMvw6Xeg6V pic.twitter.com/kOuBFnKjCV

Fire officials say this is a terrain-driven fire, not wind-driven.

More than 300 personnel from the LAFD and the Los Angeles County Fire Department were dispatched to battle the fire by air and ground, KTLA reported.

Helicopters were seen releasing numerous and precise water drops and fire retardants on the flames. Firefighters along an extremely steep ridge below multimillion-dollar homes were also seen using hoses and cutting paths to stop the fire’s progress.

There was no immediate cause given for the fire. Arson investigators were on scene, according to CNN affiliate KCAL-TV.