Man with slit in his eyebrow wanted for Hopewell restaurant robbery

HOPEWELL, Va. – Police are asking for the public’s help to identify the man who robbed a Hopewell restaurant Thursday evening.

The robbery occurred at the Traditionz Express Restaurant located at 323 Cavalier Square.

Police say the suspect entered the restaurant and produced a note demanding money from the clerk. After the clerk complied, the suspect is accused of fleeing the scene on foot with cash. 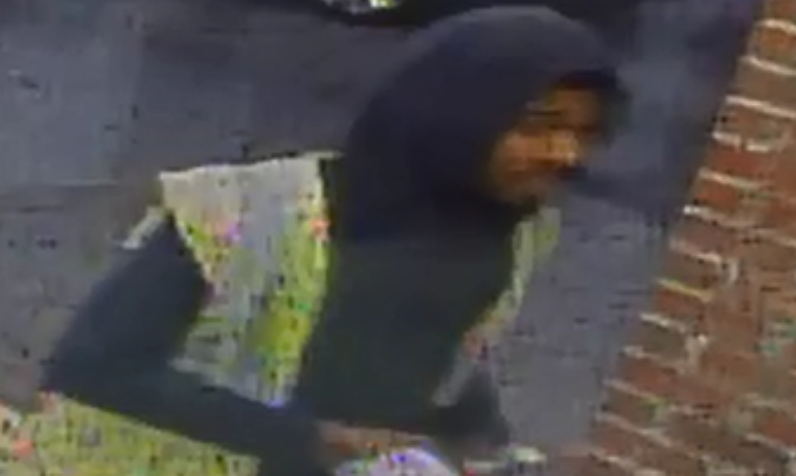 Police responded to a report of a robbery at approximately 6:50 p.m. Surveillance video captured images of the suspect described as light complexed black male in his early to mid-20s.

The suspect was about 5’10” tall, 180 pounds, with a slit in his eyebrow and possibly tattoo or mole under his left eye. He was last seen wearing blue jeans, long sleeve hooded sweatshirt with the hood pulled over his head, baseball cap, yellow construction style safety vest with reflective stripes and gray gloves.

Anyone with information regarding this crime is asked to contact Lead Detective Benjamin Ransom of the Hopewell Criminal Investigations Unit at (804) 541-2284. If you wish to remain anonymous, contact the Hopewell Prince George Crimesolvers hotline in Hopewell at (804) 541-2202 or provide their tip using the P3tips mobile app.