This Dinwiddie farmer wants the world to know girls can drive tractors! 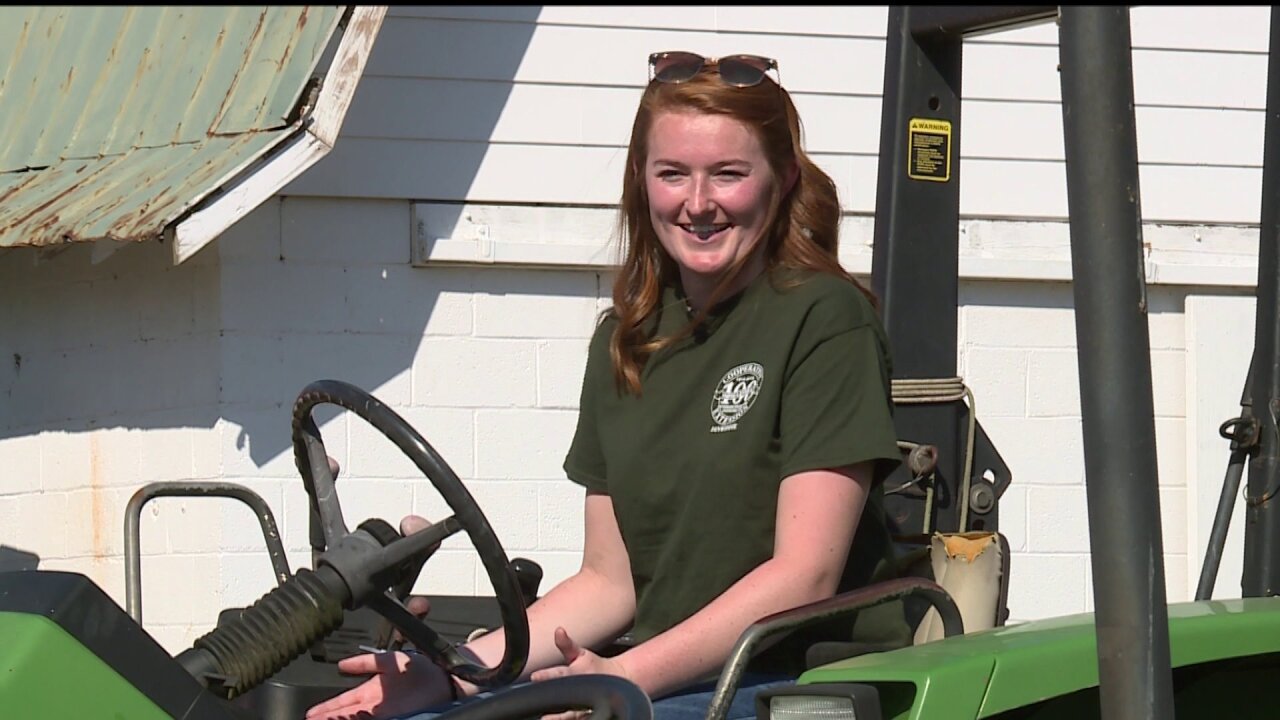 DINWIDDIE COUNTY, Va. -- Don’t judge a book by its cover, unless it has a really good title. Recently, a crowd of people packed inside the Hopewell Library to see a young woman named Hannah Robbins Bishop. A 4-H extension agent for the Dinwiddie Extension Office, Hannah is an expert in all things farming and agriculture.

But she recently picked up a second job – as a writer.

Her first work, a children’s book inspired by a conversation that changed Hannah’s life.

While she was born in Petersburg, and grew up in Chesterfield, you might say Hannah was raised on the historic Bonneville Farm in Dinwiddie.

It’s where she learned at a young age that she could do anything that her two brothers could.

“I was out here sweating and working, fixing the fence, moving cows,” Hannah said. “We’re driving through the fields picking up hay. I was driving the tractor.”

In fact, Hannah knew how to operate a John Deere long before she learned how to drive a car.

Her dad trusted her so much, he once tasked her to bail a couple of fishermen out of trouble, when she was just eight years old.

“They were fishing down at the pond and got stuck and I was too busy to pull them out, and I just told Hannah to go get the tractor and chain and pull them out,” said Dan Robbins.

“And she went to the barn, got the chain, put it on the tractor, drove down there and pulled them out.”

A couple years ago, Hannah was out on that very farm with a young niece who was having a bit of a fit.

Though her father and grandfather had each taken her for a ride on the tractor, the young girl wanted to go again. So Aunt Hannah offered up her services.

The girl’s response was something that caught Hannah completely by surprise.

“She stopped, and just looked me right in the eyes and said, ‘You’re so silly, Hannah, girls can’t drive tractors.’”

“I was totally offended,” she recalled. “I couldn’t believe she thought that I was not capable of driving a tractor.”

A short time later, the seeds of an idea were planted.

“I took what she said and thought about how I could turn it into a story,” Hannah said. “Empower young girls and remind them that they can do anything that they want to do.”

So she put pen to paper, and wrote a book.

Coming up with the title – "Girls Can Drive Tractors" – was the easiest part.

“I think it’s excellent,” said Dan Robbins. “I’m impressed and I’m proud and this is what we expect of our children.”

While elementary school-aged children are the book’s target demographic, Hannah hopes the message will resonate with people of all ages, especially those in a position to cultivate the next generation.

“Start them young, get them involved,” said Hannah. “Teach them that there’s nothing abnormal about a girl driving a tractor.”