Man killed in Vanderhall crash on I-95 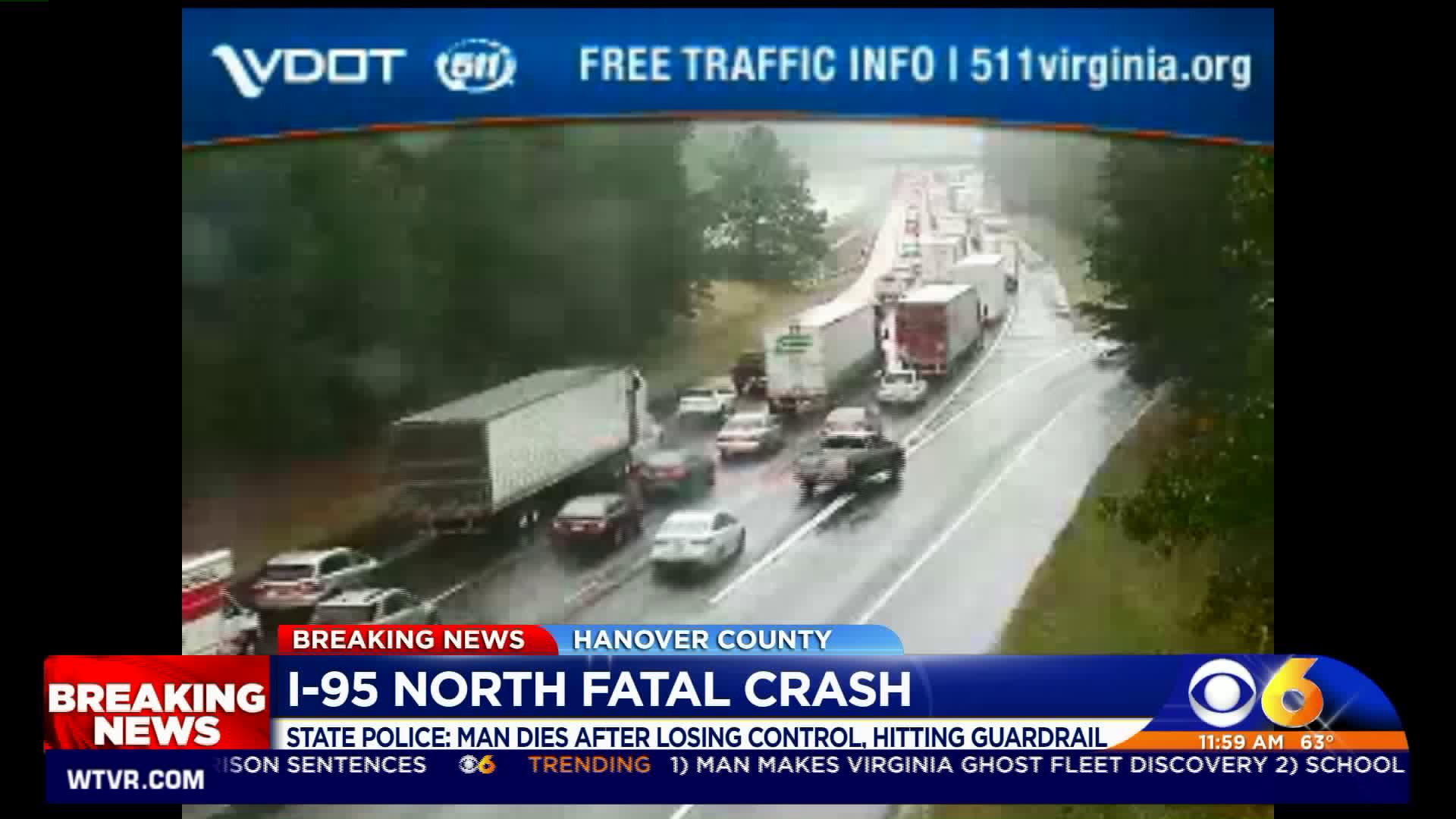 HANOVER COUNTY, Va. -- A man driving a 2017 three-wheeled Vanderhall was killed Wednesday morning in a crash on Interstate 95 in Hanover, according to Virginia State Police.

"The preliminary investigation reveals that an adult male driver of a 2017 three-wheeled Vanderhall was traveling southbound I-95 [near mile marker 95] in the left lane when he lost control striking the guardrail," a Virginia State Police spokesperson said. "The adult male driver was seat belted and wearing a helmet. Unfortunately, he succumbed to his injuries at the scene."

Police said wet roads contributed to the crash, which remained under investigation.