Women’s Monument unveiled on Capitol Square: ‘No pedestals, no weapons, no horses’

RICHMOND, Va. -- Hundreds watched as the first seven statues of “Voices from the Garden: The Virginia Women’s Monument” were unveiled on the Capitol grounds Monday. The monument is the nation’s first created to showcase remarkable women of Virginia.

Mary Margaret Whipple, vice chair of the Women’s Monument Commission, said the monument embodied the goals of the commission -- to honor real women in a way that is not mythic or symbolic.

"These women rose to the occasion and made significant achievements,” Whipple said. “They were from all walks of life. From different times and places. They were famous and obscure. Real women. Even imperfect women. Who have shaped the history of this commonwealth.”

The Virginia General Assembly established the commission to determine and recommend an appropriate women’s monument for Capitol Square in 2010.

Clerk of the Senate Susan Clarke Schaar spoke about the decade-long process for the design and realization of the monument. She worked with professors and historians to design the structure. 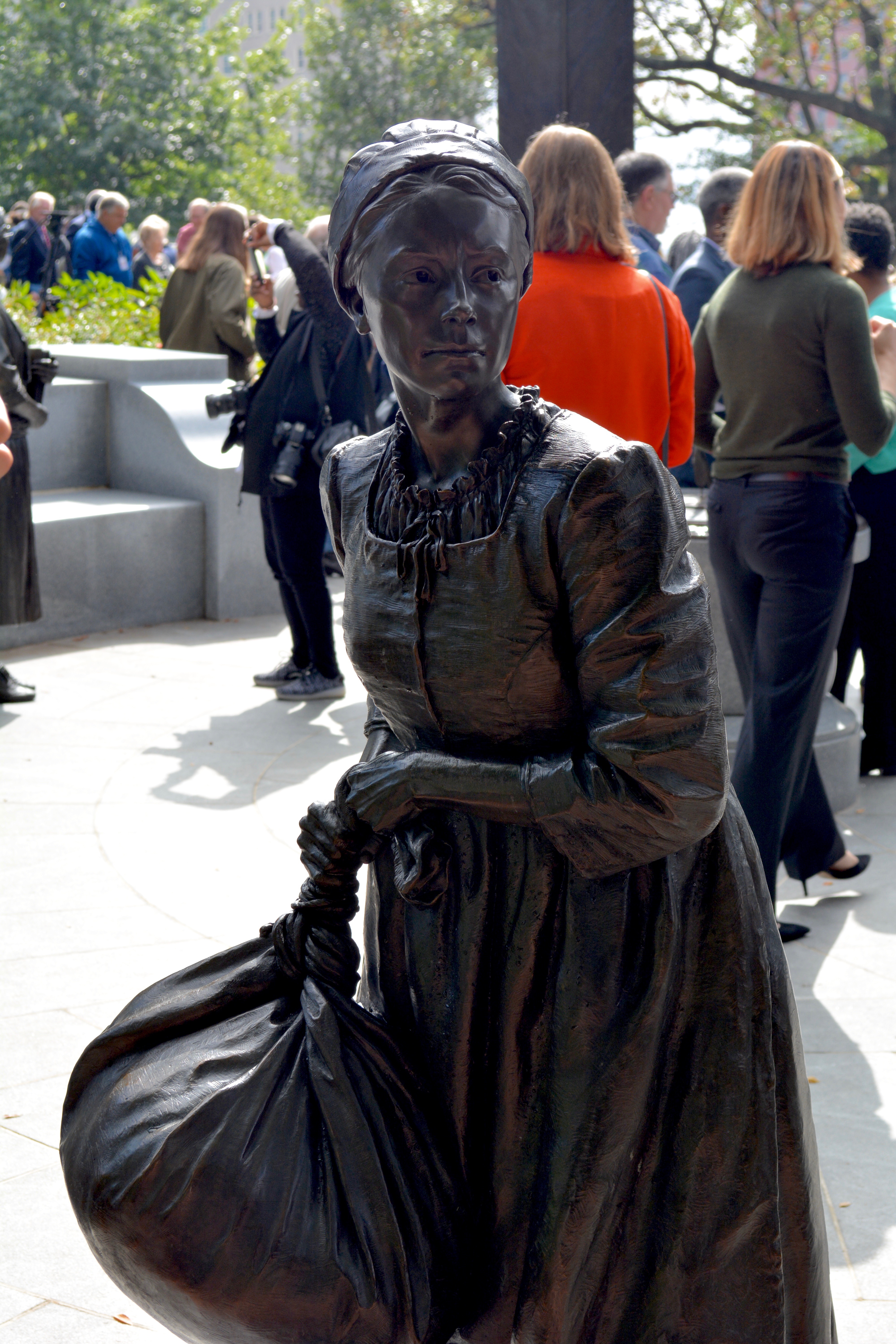 “For far too long we have overlooked the transformative contributions of women and other underrepresented groups,” Gov. Northam said. “Until recently that has been the case on Capitol Square as well.”

Capitol Square is also home to the Virginia Civil Rights Memorial, opened in 2008, and “Mantle,” a monument dedicated to Virginia’s Indian tribes in 2018.

Artist Kehinde Wiley, last month in Times Square, unveiled “Rumors of War,” a statue of a young African American man on a horse in a pose modeled after Richmond's Confederate monuments. The statue will be permanently moved to the entrance of the Virginia Museum of Fine Arts on Arthur Ashe Boulevard in December.

State Sen. Ryan McDougle, a Republican running for reelection in the 4th District, brought his daughter Reagan on stage with him during the ceremony. He said the monument was about inspiring the accomplishments of women yet to come.

“It’s about Reagan, and all the girls here today, and all the girls that will come; whether they have those role models in their families or not, they will be able to see that women that have come before them have achieved tremendous things,” Sen. McDougle said.

When the monument is completed, it will feature a dozen bronze statues on a granite plaza and an etched glass Wall of Honor inscribed with 230 names of notable Virginian women. There will be room left for more names to be added For a future honoree to qualify for the wall, she must be a native Virginian or have lived mostly in Virginia and must be deceased for at least 10 years.

The granite wall features a quote excerpted from a 1912 address that Mary Johnston, a 20th century Virginian author, made to an all-male Richmond conference of state governors:

“It did not come up in a night, the Woman Movement, and it is in no danger of perishing from view. It is here to stay and grow … It is indestructible, it is moving on with an ever- increasing depth and velocity, and it is going to revolutionize the world.”

The statues, which each required a $200,000 investment, were sculpted by New York-based Ivan Schwartz, who also crafted the Capitol’s Thomas Jefferson statue.

Schwartz spoke about the lack of statues to, for, or about women. According to the Washington Post, of the estimated 5,193 public statues depicting historic figures on display on street corners and parks throughout the United States, 394 are of women.

“Women have been excised from the marble pedestal of history,” Schwartz said.

Schwartz has recently worked on other sculptures of notable women around the country. He mentioned projects highlighting Susan B. Anthony, Anne Frank, and Harriet Tubman.

“I still make sculptures of Abraham Lincoln and George Washington,” Schwartz said. “I don’t turn my back on these good gentlemen. But their gentlemen’s club, which has occupied our national living room, our nation’s public spaces, has at last started to admit women, African Americans, and Native Americans.”

Girl Scouts unveiled the structures, pulling back a blue cloth as the name of each statue was announced by Susan Allen, chair of the Virginia Capitol Foundation and former first lady of Virginia. The Girl Scouts represented councils from the Commonwealth of Virginia, Virginia Skyline and the Colonial Coast.

“Let us recognize our diverse past, and those on whose shoulders we stand so proudly today and be inspired to work on for a better future for our daughters and the young leaders of tomorrow like these lovely young women here today,” Allen said.