RICHMOND, Va. -- Two people were arrested after protesters set off smoke bombs in Carytown in Richmond Saturday night during a demonstration against President Trump and Turkish President Recep Tayyip Erdogan as fighting escalates in Syria.

Investigators said about 50 people gathered near the intersection of Cary and South Nansemond streets around 8 p.m.

Officials said one person was arrested for unlawful actions during the protest as officers monitored the group.

When the arrest was taking place, Hall said an officer was assaulted.

"The second individual was arrested for that offense," Hall said. "The officer was not injured." 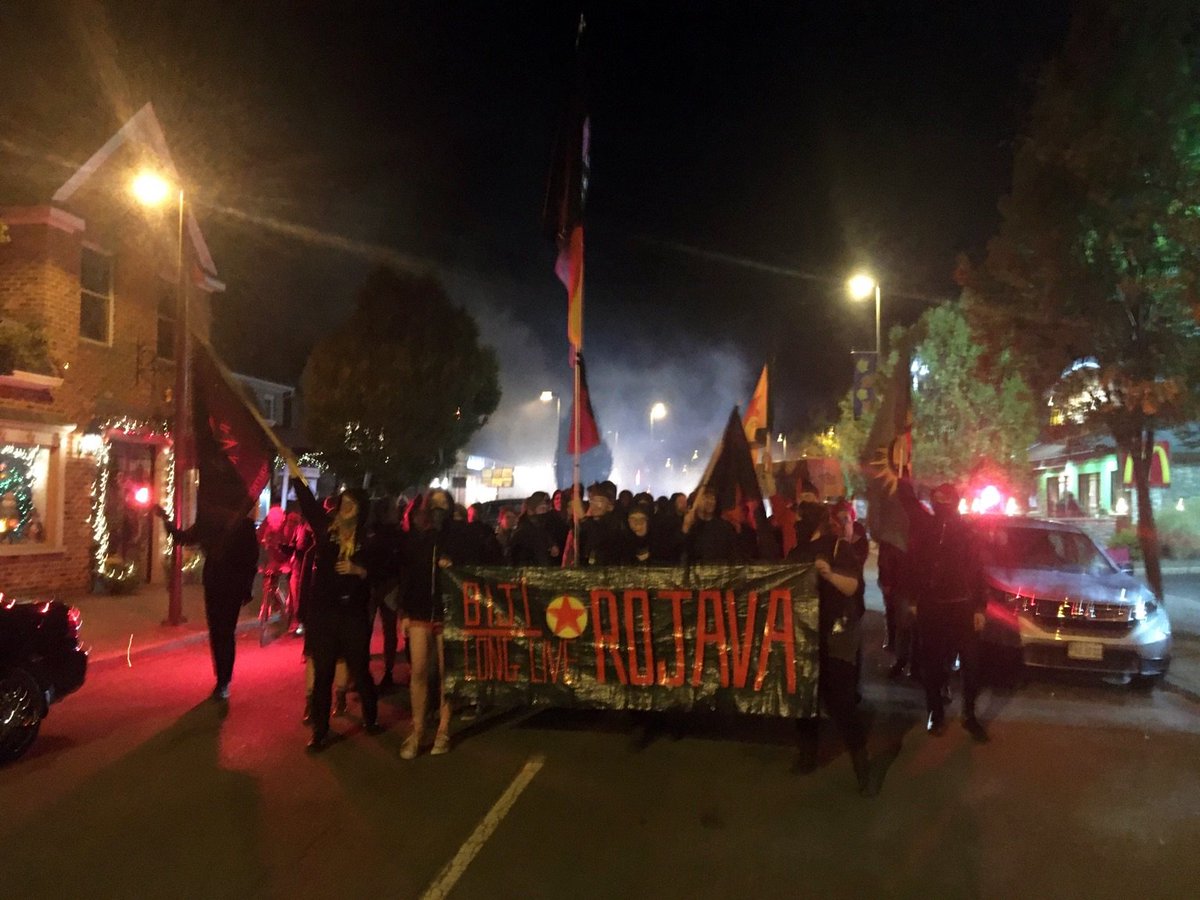 Richmond Police said they do not yet know the motive for the protest, but organizers called it a demonstration "in solidarity with the people of Rojava" in Syria and against President Trump and Turkish President Recep Tayyip Erdogan.

The protest comes as Turkish forces took control of their first town in northern Syria on Saturday, the defense ministry said, as the country's offensive intensifies.

It comes days after Erdogan launched the incursion into Syria to drive Kurdish forces -- a key US ally against ISIS -- away from the border and to use the area to resettle around 2 million Syrian refugees.

An estimated 100,000 people have been displaced since the beginning of the military offensive, according to the United Nations on Friday.