Parts of Virginia now in a severe drought

It will be cooler with little chance of rain

RICHMOND, Va. -- Rainfall has been pretty scare the past few months.  September tied for the fifth driest on record for Richmond.

While we had a nice rain surplus in May, June and July, we are now well over six inches below normal since August 1.

This has caused drought conditions across the Commonwealth.  About half of the state is in a moderate drought, and there are now some areas in a severe drought.

Click here to see where burn bans have been issued.

Unfortunately, rain chances will be rather low over the next week.  Our best chance of rain will be late Monday into early Tuesday as a cold front moves through.  A lot of that moisture will not make it past the mountains. 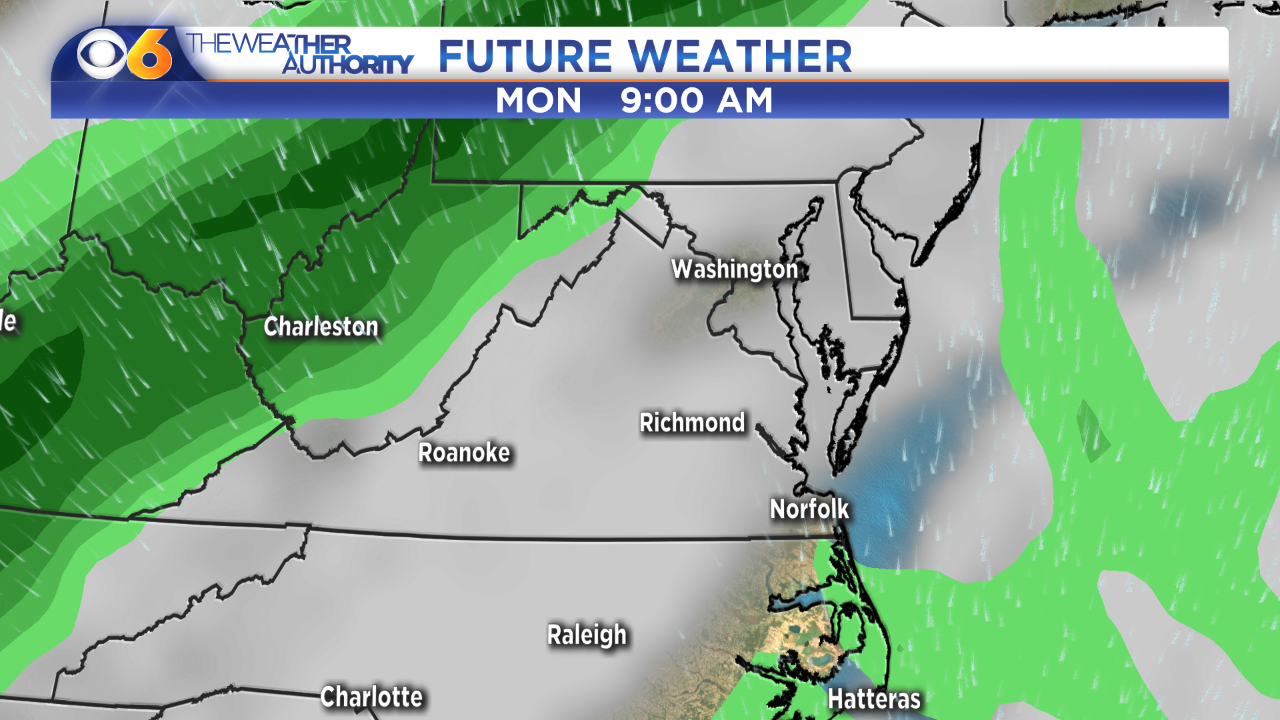 Rainfall amounts from our various computer models are very low.

One thing that we will be watching this week is an area of low pressure off the Atlantic coast.  As of now, it looks like it will stay far east of us.  However, if it takes a more westward track, this could mean some rainfall from late Tuesday into Wednesday.