CHESTERFIELD COUNTY, Va. — Chesterfield Police is asking for the public’s help to identify the man wanted for passing counterfeit $100 bills.

Police say they are investigating a series of incidents in which counterfeit bills were passed at retail locations over the last two months. 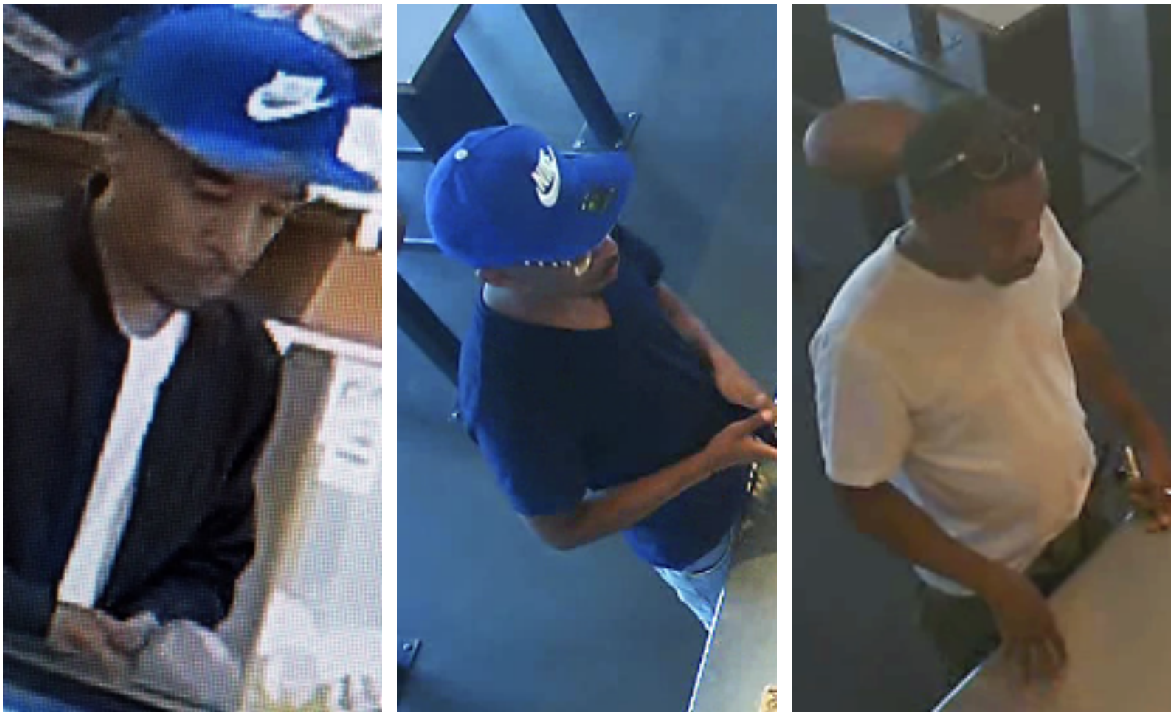 Images of the suspect were captured by surveillance cameras at the businesses.

He is described as a black male, about 25-30 years of age, with a thin build and facial hair. He was seen wearing the same blue Nike hat at both locations and was last seen driving a maroon Hyundai.

Police continue to investigate these incidents. Anyone with information should contact the Chesterfield County Police Department at 804-748-1251 or Crime Solvers at 804-748-0660 or through the P3 app.