Cheering herself on: Patrick Henry senior beats cancer to return to sideline 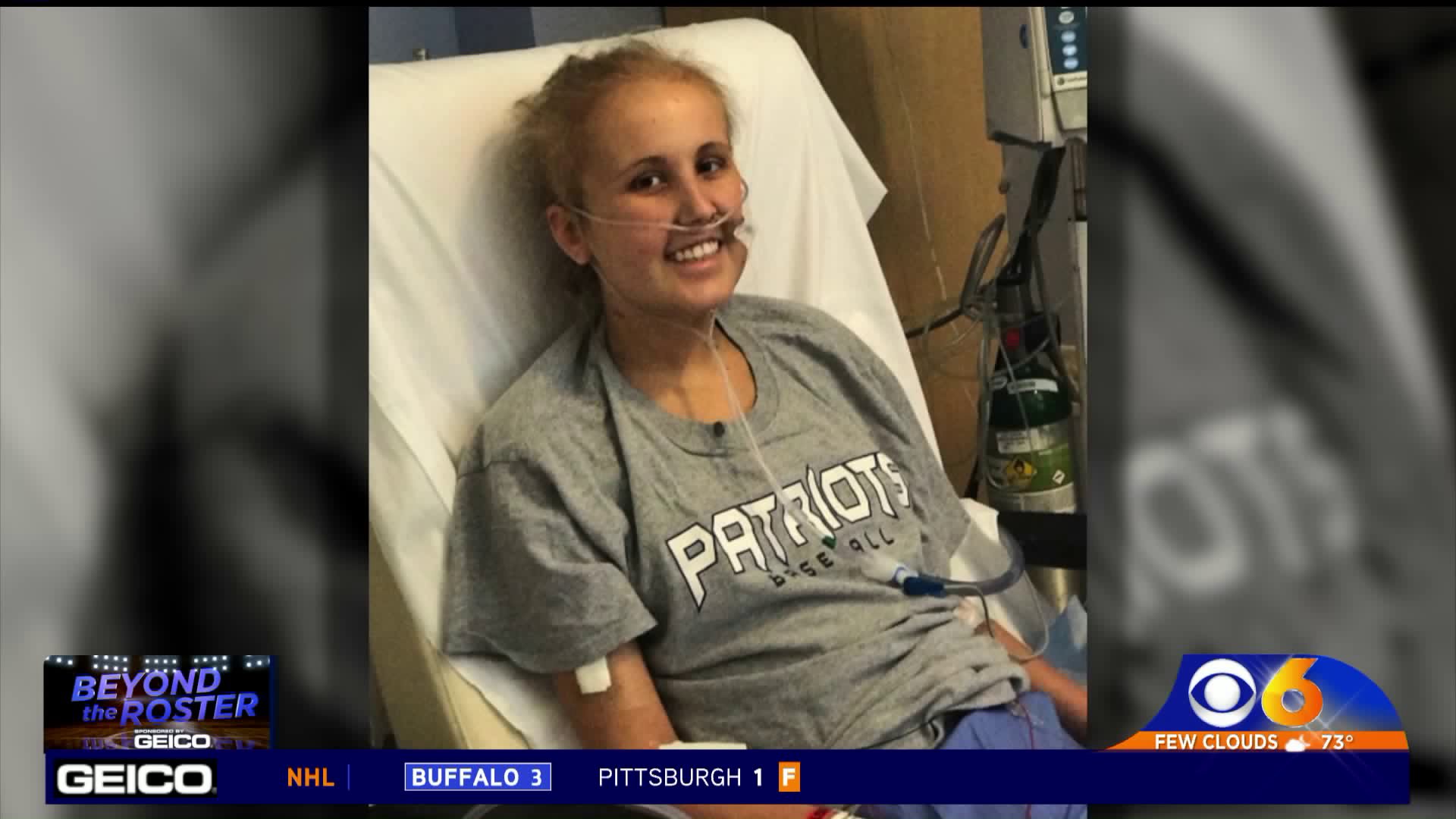 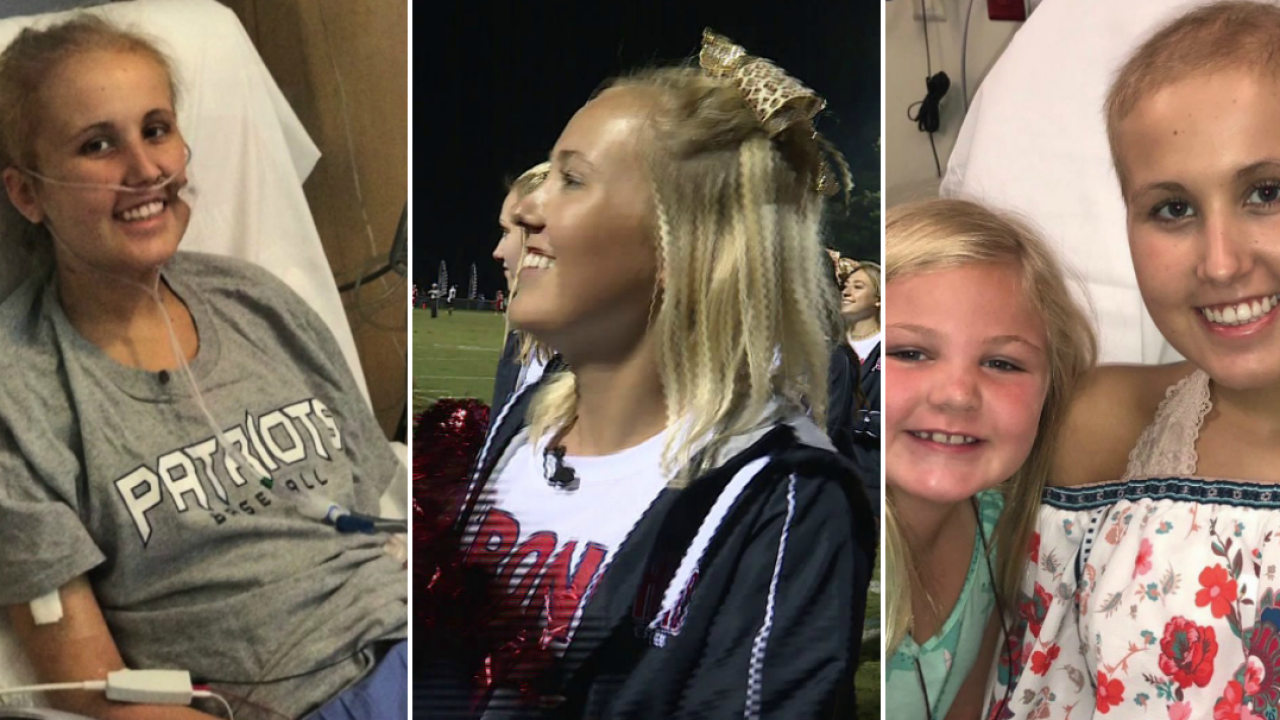 ASHLAND, Va. - For as long as she can remember, Savannah Wood wanted to be a cheerleader.

Long before she entered Patrick Henry High School in Ashland, she was preparing to support their teams. In 8th grade, she finally had an opportunity to try out for the Patriots' cheer squad.

"Every day she'd go in the backyard and get on the trampoline and do toe touches," her mother Jacqueline Minter explained.

"We saw here and said 'Who is this girl? She's amazing!'" added Patrick Henry cheer coach Ciera Martinez. "So we fell in love with her the first time."

But Savannah didn't stop at cheering. She also played lacrosse. But during her freshman year, while preparing for both sports, something didn't feel right.

"I started to become short of breath," Savannah recalled.  "I couldn't breathe after practice. I thought, 'well maybe I'm not conditioned enough.'"

"We continued to go to the doctor at least once, three times a week until we got an answer as to why she was getting run down," added Jacqueline.

Initially, Savannah thought she had strep throat, but tests came back negative. Another exam noticed a heart murmur, and a subsequent CT scan found a mass.

Savannah was 15 years old and her doctor didn't give her much time to linger on his news.

"[The doctor] asked if I wanted to be transported to the hospital or if I wanted to walk over," Savannah said. "He told me we think you have lymphoma, so you pick which one you want to do."

"Any child doesn't want to hear they have cancer, especially in their 9th grade of high school," Jacqueline said.  "She wanted to know if she was going to die. That was one of the first questions she asked me. We told her no. We knew she had a fighting spirit."

That spirit would be tested in ways Savannah and her family never considered.

"Thoughts always ran through my mind, what if I don't make it?" Savannah recalled. "What if the chemo doesn't work and it just keeps on getting worse. There were thoughts that I could possibly die."

And yet, her main concern was not for herself, but the effect all this had on her family, especially her younger sister.

"It was definitely hard because having a little sister," Savannah said, tearing up.  "You don't want to put anyone through that."

Savannah's body began to shutdown. She spent a month in intensive care with pneumonia and eventually had to re-learn how to walk and move her fingers and toes.

"It was so hard. I went to physical therapy four days a week for a couple hours," she said. "I had to wear braces on my legs. I had to be in a wheelchair."

"When she knew it was going to be really hard," Jacqueline added,  "the only thing she wanted to do was get back and cheer."

Despite her treatment, she was still a constant presence at Patrick Henry, not wanting anyone to think she was fragile or giving up.

"She was at every game," Ciera said. "She was at homecoming. She didn't miss a beat."

The mass subsided and her strength returned. In fact, it really never left.

"I go back to when I was super, super skinny and I thought how was that me just a year ago?" Savannah said.  "It makes me really happy to see how far I've come."

"She always had a positive attitude every time I talked to her," Ciera added. "I think cheerleading definitely helped physically, but I think more so it helped her mentally."

Her last chemo treatment was August 8. She went to practice that same day.

"She didn't want to let her team down," Jacqueline said.  "She made varsity captain. That's something she looked forward to her senior year."

"Everything can be taken away from you in a split second," said Ciera. "They've seen what she's gone through and they've seen her bounce back and I think these girls really look up to her."

"I would never ever take that back," Savannah said of her illness and recovery.  "I wouldn't change anything that happened. I think this situation definitely made me a better person."

Savannah still occasionally visits some of the other children with whom she received treatment to offer them her support and encouragement. She had her chemo port removed at the end of August, two days before she appeared on the week one episode of Final Score Friday.

To nominate someone to be profiled, email us.