TV Exclusive: Cardi B, Chance the Rapper and T.I. sit down with Ellen

Judges on Netflix’s first music competition series, “Rhythm and Flow,” Cardi B, Chance the Rapper, and T.I. sit down for an exclusive TV interview on “The Ellen DeGeneres Show” airing Thursday at 3 p.m. on CBS 6.

Cardi, who came straight off the plane from Paris, talks about her experience attending Paris Fashion Week. The three Grammy Award winners discuss what Cardi is like as a judge on the hip-hop series and they reminisce about working with the late Nipsey Hussle who appeared as a guest.

Chance reveals Cardi’s husband, Offset, encouraged him to propose to his now-wife, Kirsten, and Cardi explains the unique way she shows affection with Offset in public.

Then, Cardi chats about starring in the film “Hustlers” and shares the reason she’s going to continue acting.

Plus, Ellen plays a revealing round of “Never Have I Ever” with Cardi, Chance, and T.I. 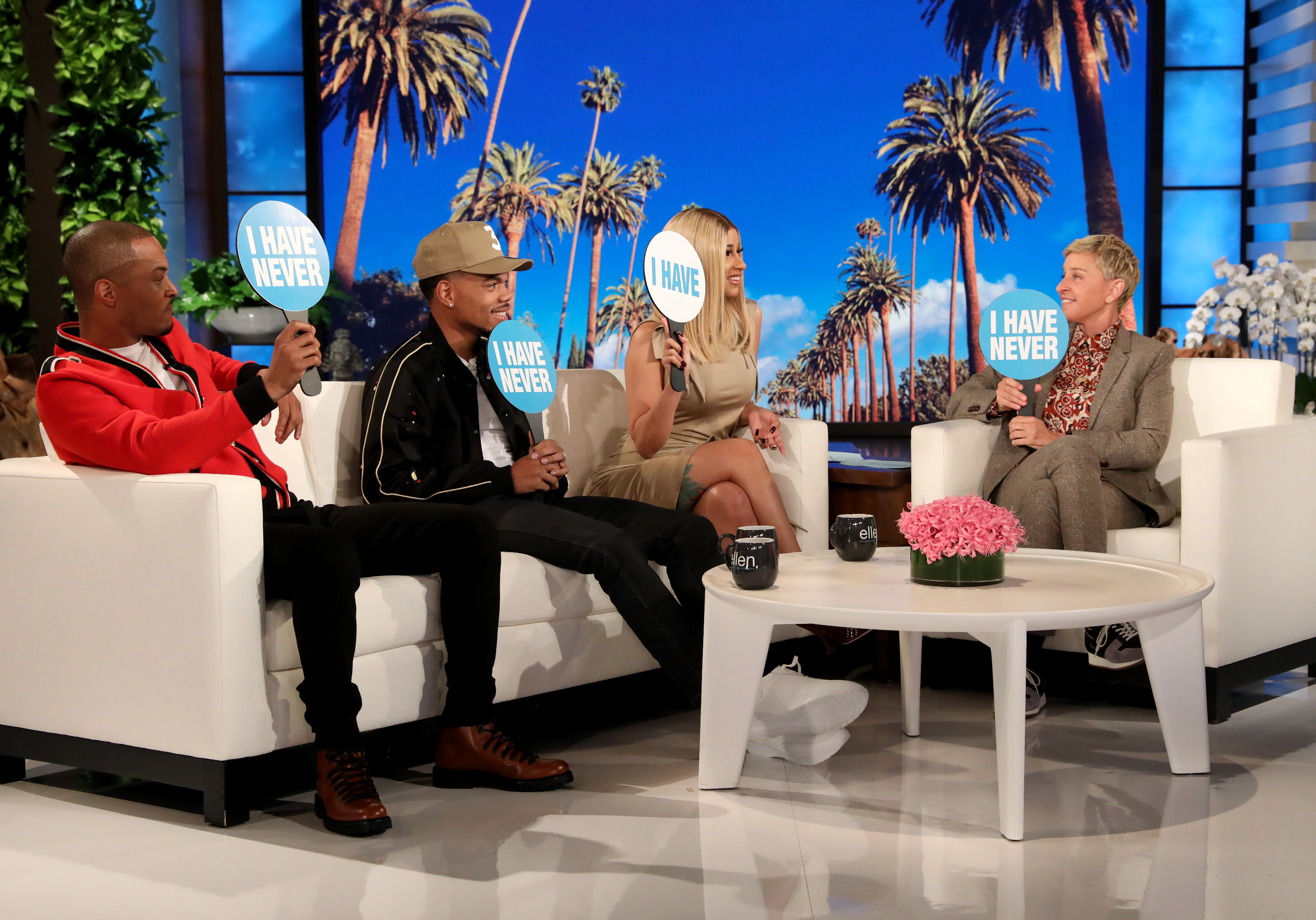 Then the all-female country music supergroup The Highwomen comprised of Brandi Carlile, Maren Morris, Amanda Shires, and Natalie Hemby make their first appearance on the show.

Ellen congratulates the musicians on their album debuting at No. 1 on Billboard’s Top Country Albums chart.

Amanda shares she came up with the idea to start the supergroup because she wanted her daughter to see more women represented in country music and admits she was nervous to approach Brandi about the concept.

The singers explain they want to hear more female artists on the radio and Maren reveals she does not receive as much radio play as her male counterparts.

Plus, Brandi invites Ellen to join the group and gives the talk show host her hat to help her look the part.

Then, the supergroup performs “Redesigning Women” from their debut album, “The Highwomen.”