Thousands attend VA PrideFest on Brown’s Island: ‘It is OK to be who you are’

“It was HOT, but the amount of energy, good vibes, love, and beautiful community inclusion & diversity really took over the island,” Virginia Pride organizers posted Monday on Instagram.

The event is billed as the largest celebration of diversity for the gay, lesbian, bisexual and transgender communities in the Commonwealth.

An estimated 40,000 people attended VA PrideFest 2019 throughout the day. It was HOT, but the amount of energy, good vibes, love, and beautiful community inclusion & diversity really took over the island! Thank you to our sponsors, volunteers, @threeoneoneproductions, @rmc_events, and everyone who made this festival happen! Now, let’s see those photos – tag @vapride! 📷: @echadwilliams

Carrie Hartwell, who identified as an LGBTQ ally, said it was important for her to bring her young son to the event.

“There is so much hate and intolerance right now that I think teaching him to love unconditionally is really important,” Hartwell said.  “It’s really important… for him to grow up in a world where all of our loved ones families are celebrated and recognized.”

Another woman WTVR CBS 6 interviewed brought her young daughter to the event because she wanted to attend.

The girl, who identified as bi, told her mother she was “happy” to see trans people when she attended the concerts.

“We were walking and I saw two ladies sitting together and they kissed,” she said. 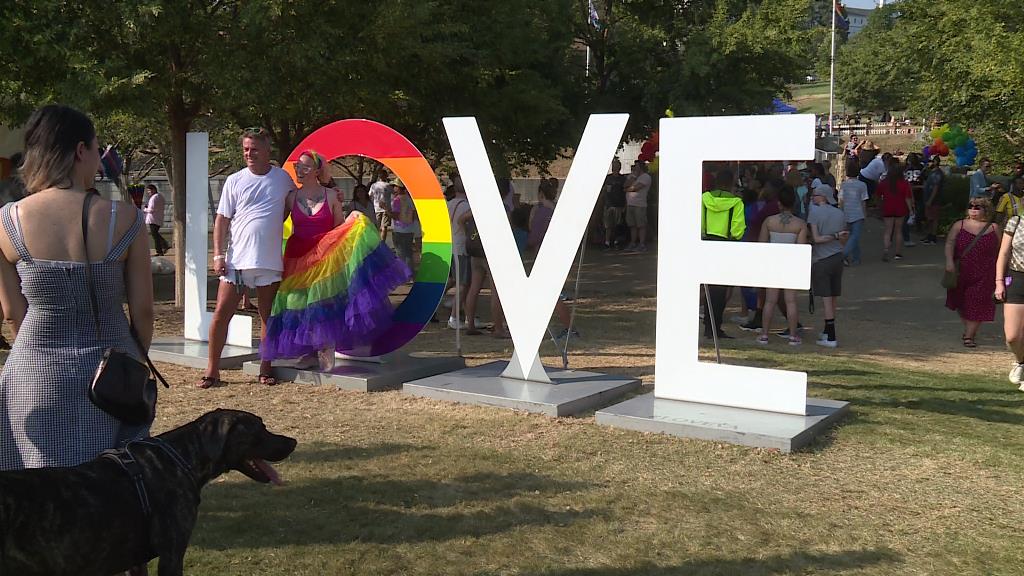 But Buffa said attending for some can also be a lifesaver.

“There’s a lot of people that suffer who don’t understand it is OK to be who you are,” Buffa said. “I don’t want them to feel scared or worried. I want them to come to something like this and realize it’s normal.”

Drag queen Tara Misu said no other Richmond festival has as much energy as pride.

The festival raises money for college scholarships for LGBTQ students in Virginia.