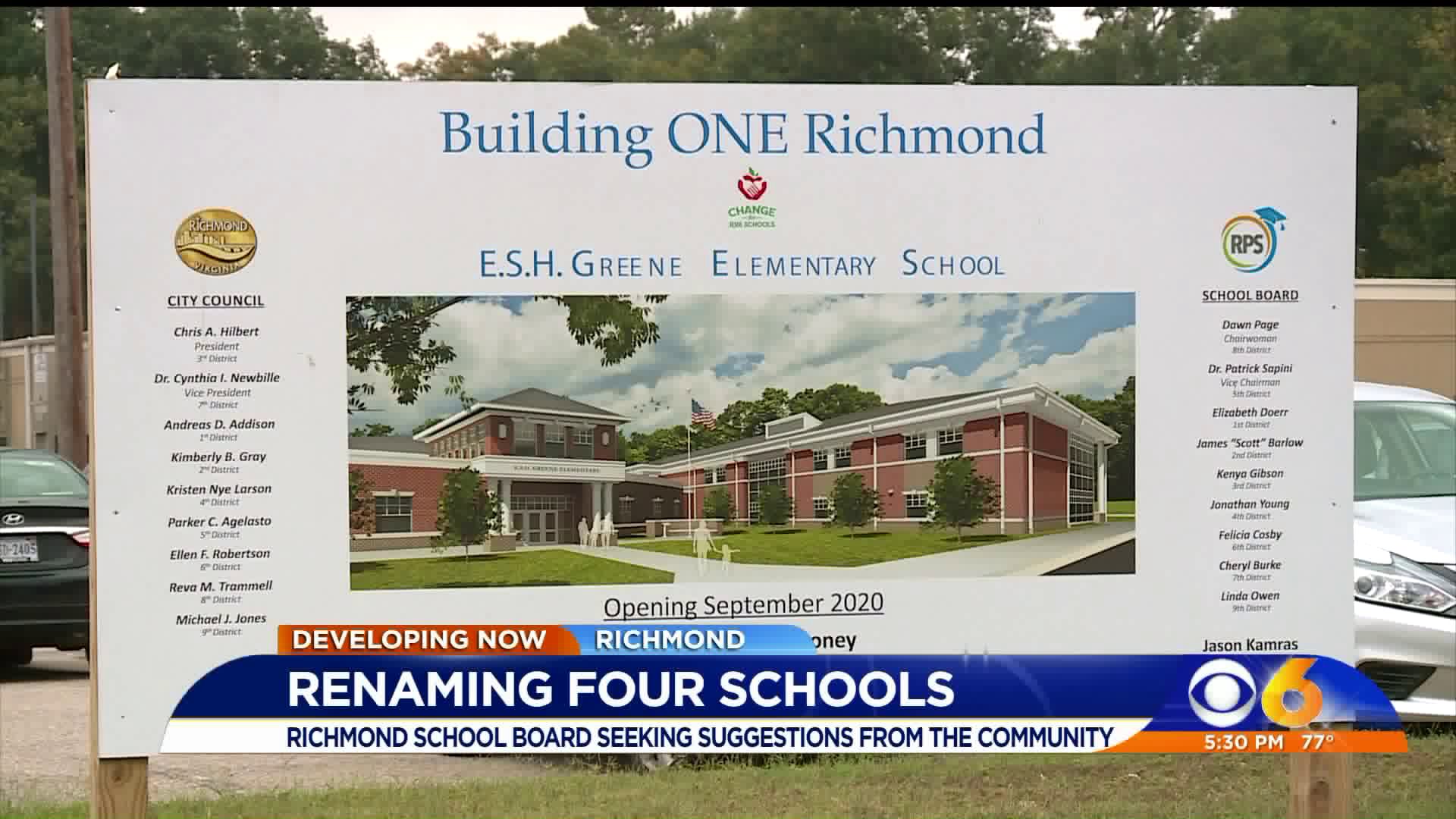 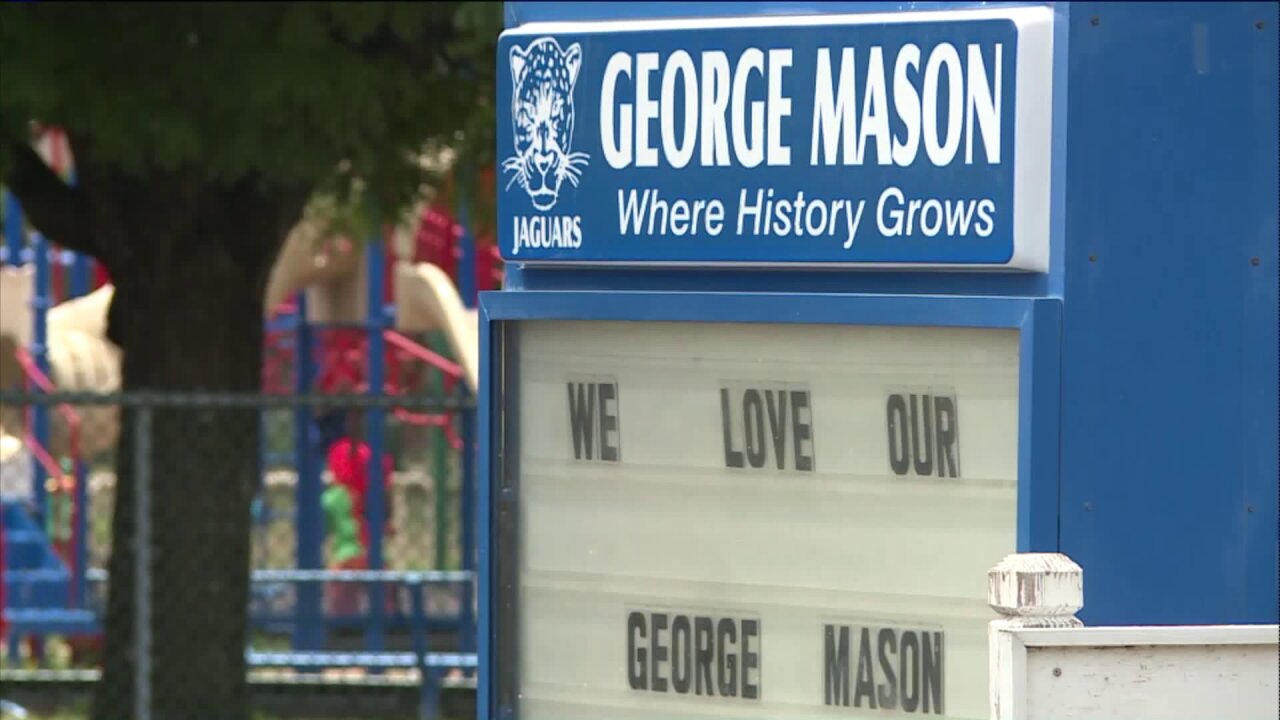 RICHMOND, Va. -- The Richmond School Board voted on Monday to start the process of picking new names for four schools in the city.

Prior to the vote, Richmond Public Schools (RPS) Superintendent Jason Kamras wrote in his weekly newsletter about the need for the new names.

For Amelia, Kamras wrote that the school recently incorporated “13 Acres”, one of RPS’ specialty program, and he would like to look at a new name for the entire campus.

For the school under construction, Kamras wrote that it needs a name.

“I think we can all agree that ‘New Middle School’ probably isn't the way to go,” added Kamras.

For Mason, Kamras wrote that while he was a “very important historical figure in Virginia and US history”, but the fact that he owned slaves “disqualifies him from the honor of having one of our schools named after him.”

“Of course, changing a name is but a symbol. But symbols matter, especially today when so many Americans of so many backgrounds feel increasingly under attack. And to those who argue that we're erasing history by changing a school name, I respectfully disagree. School names are different from history textbooks. They're special honors that should inspire – not alienate – our students. Will our young people still learn about George Mason? Of course.”

The School Board voted to start the renaming process by an eight-to-one margin. School Board Member Jonathan Young (4th District) was the one dissenting vote.

“My colleagues voted to repeal our schools’ names,” said Young. “I’m not sure how we as people can divorce ourselves from the American experiment and who we are. We recognize that forever we did not tell our whole story. Now we’re doing that, but I think we would be doing an injustice to whitewash who we are as a people and to stop telling the entire story. The good, the bad, the ugly, and the truly most horrific as it relates to that original sin.”

Young also expressed concern that other schools named for founding fathers will be renamed in the future but added he is opposed to the proposed renaming of the other schools as well.

“Where will we in 20 years from now if another school board, for example, decides to divorce of the names that my colleagues select for these schools,” said Young. “It introduces a real problem if we are every few years going to reinvent who we are as a people instead of telling our whole story. The good, the bad, and the ugly.”

The teams will hold community engagement sessions to receive public suggestions on the new names. The schedule for those hearings is below:

The school board will also hold public hearings. The schedule for those is below:

The public can also submit suggestions in-person at each of the schools or online.

RPS said the school names should be relevant to Richmond or Virginia history, culture, or geography. However, the names must not “discriminate and/or cause offense on the basis of race, ethnicity, religion, disability, or LGBTQ+ identity.”

Each renaming team will decide on three names to forward to the RPS administration by November 23. The administration will then select one name to recommend to the school board to adopt at its December 2 meeting.

The school board can vote to adopt the administration’s recommendation or pick on of the other names recommended by the renaming teams.