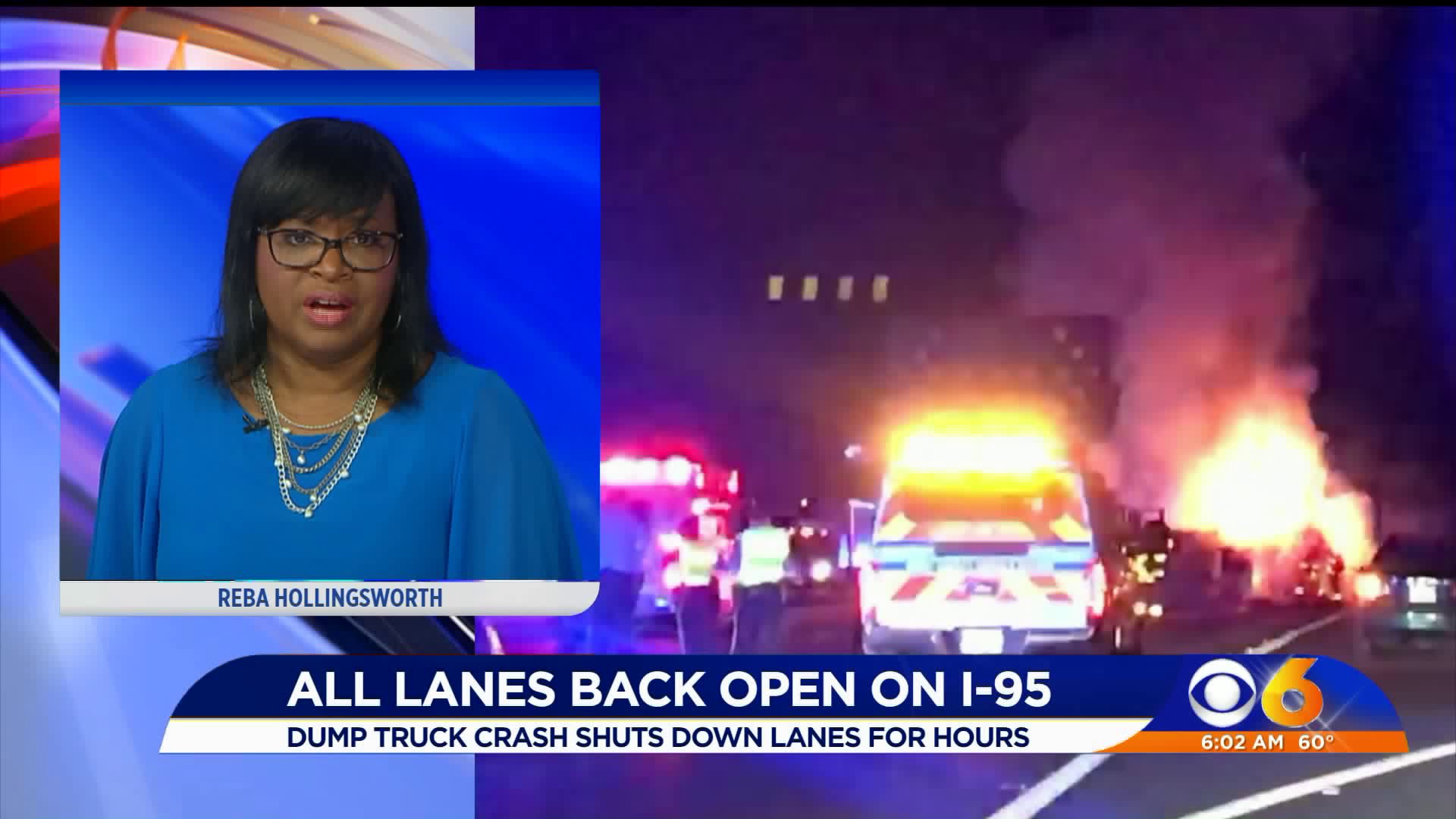 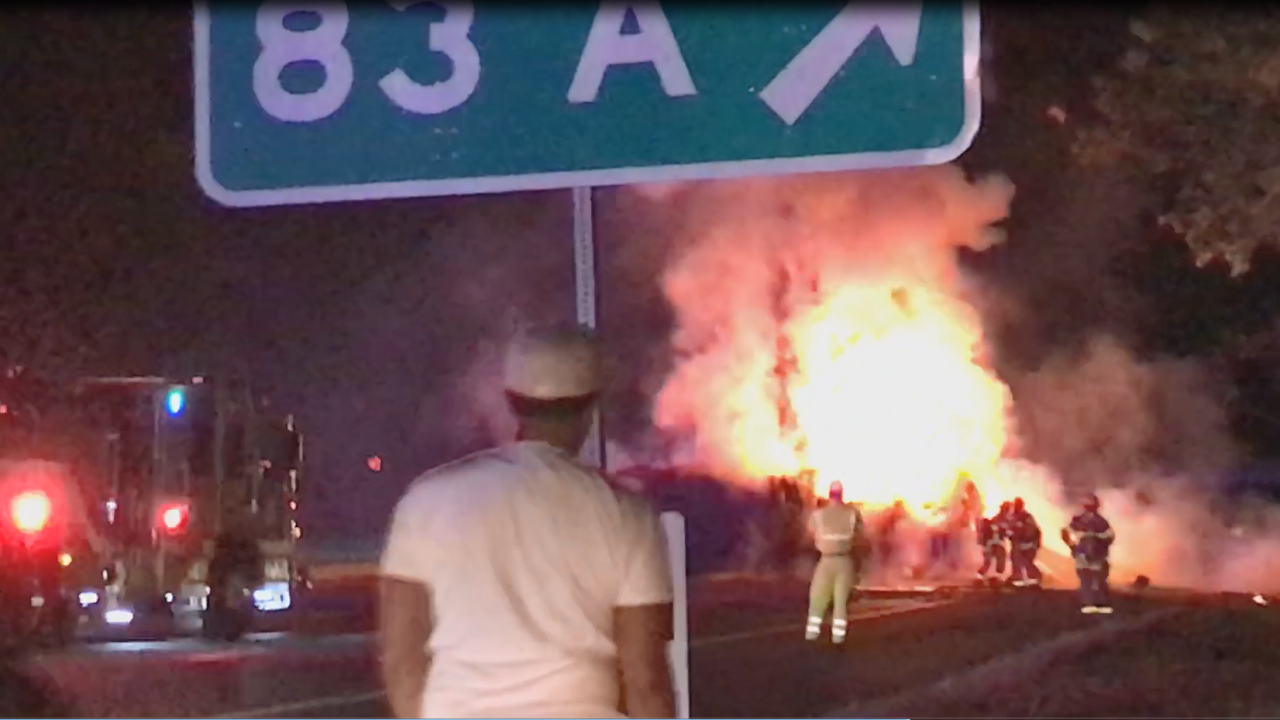 "Virginia State Police responded to a crash involving an overturned dump truck hauling gravel southbound I-95 at exit 83," a Virginia State Police spokesperson said. "According to witness statements and the preliminary investigation, the truck was traveling southbound I-95 and blew a tire, lost control, and went through the guardrail into the northbound travel lanes. The truck then overturned catching on fire."

The driver, who was wearing his seat belt, suffered minor injuries.

An investigation into the crash remained ongoing.

The crash initially closed all lanes on Interstate 95 north and one lane on I-95 south.

BREAKING: Tractor trailer fire on I-95 north in Henrico has closed all northbound lanes near Parham Rd. (mm 83). Watch @CBS6 for updates. pic.twitter.com/qJjs7XJyWt