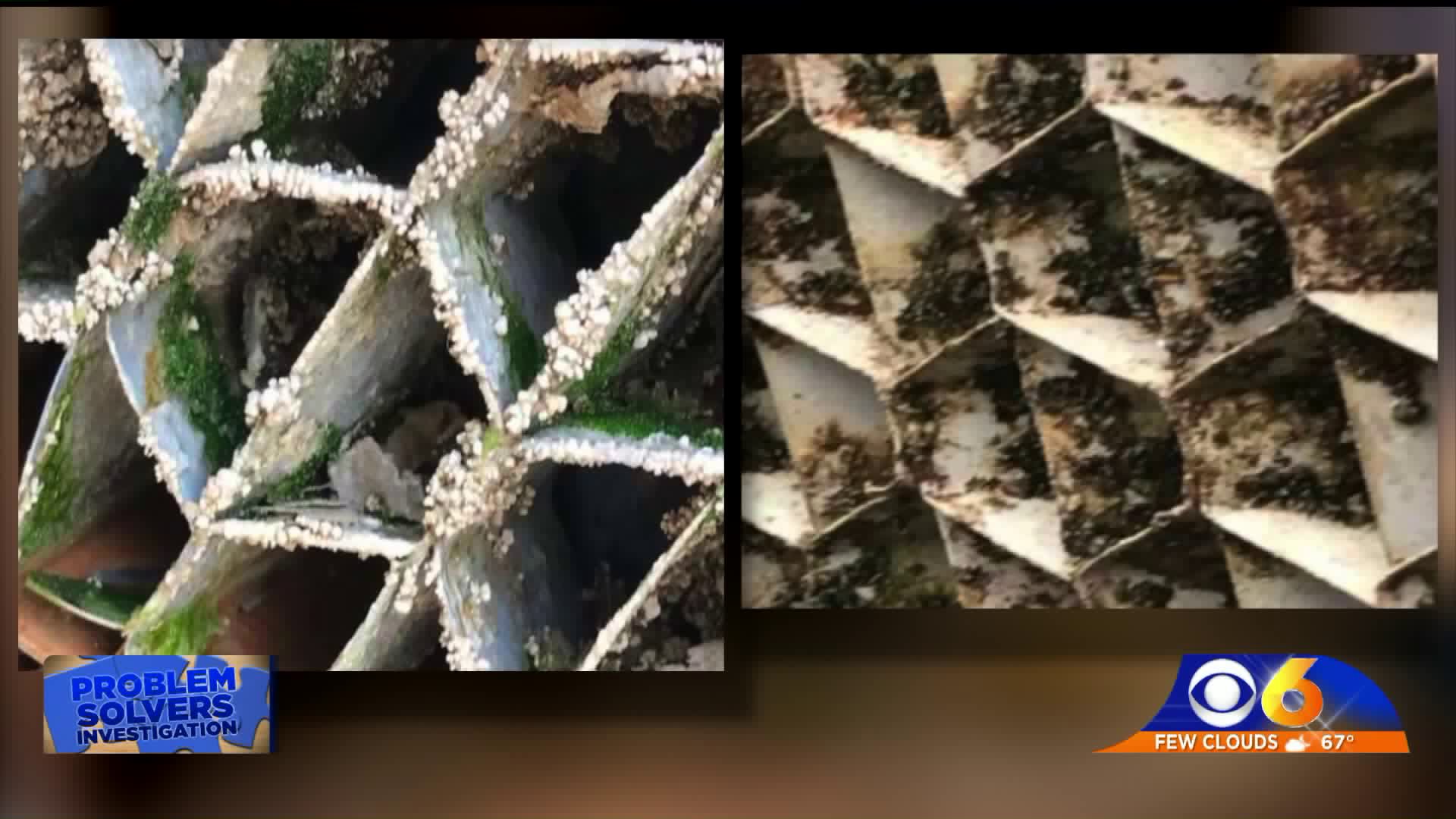 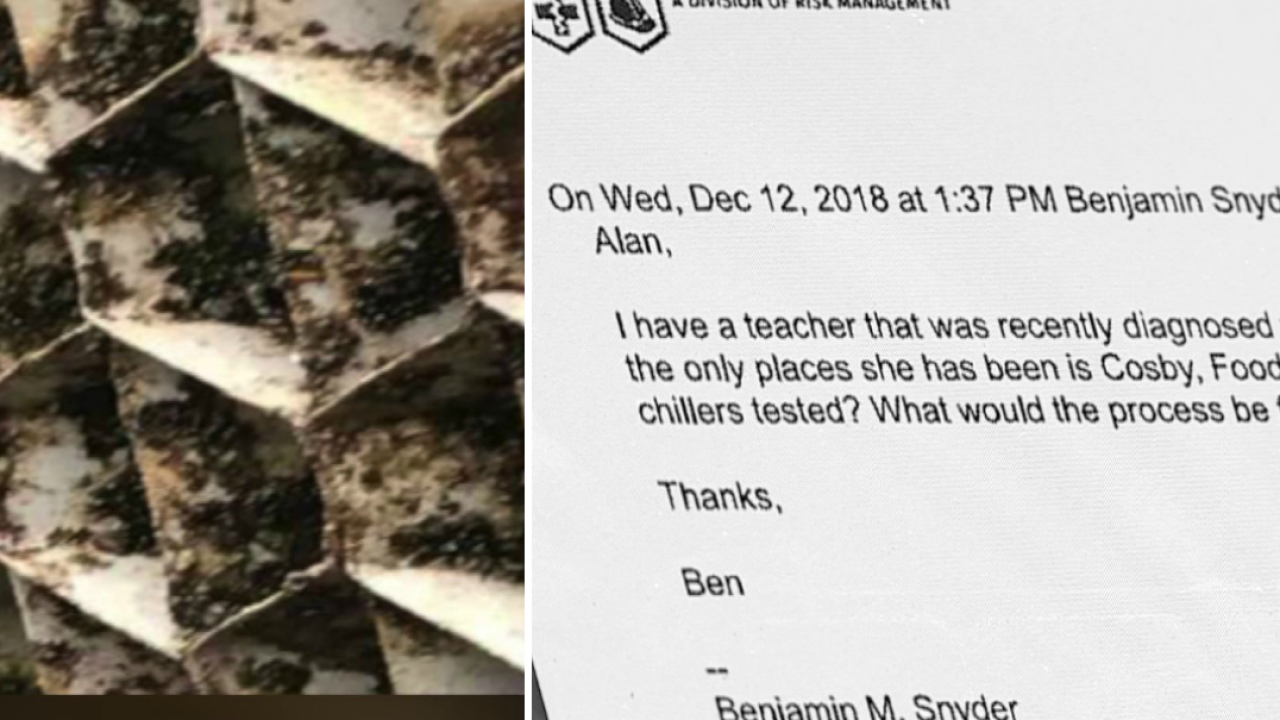 CHESTERFIELD COUNTY, Va. -- Between work and parenting, Jenny Mease said she struggles to find the time to attend Chesterfield School Board meetings.

But news from the Virginia Department of Health that an uptick in cases of Legionnaires' disease in Chesterfield County led state health officials to find levels of bacteria that can cause the disease in a cooling tower at her daughter's school, Midlothian Middle School, felt too serious to ignore.

Mease said both her children have compromised immune systems, which makes them more susceptible to bacteria, like legionella, that enters the air as a vapor, and then gets inhaled into the lungs.

Once inhaled, it can cause pneumonia-like symptoms, and even death.

"The only thing I can think is, that's the air you're breathing," Mease said.

This past summer, the state Health Department found various strains of legionella bacteria in the cooling towers at four private businesses in the county, as well as seven Chesterfield Schools.

But, according to emails obtained by CBS 6, the concerns began in late 2018.

In December, the Principal at Cosby High School, Benjamin Snyder, reached out to the County's Risk Management Department for guidance after a teacher was diagnosed with Legionnaires' disease.

The Environmental Health and Safety Manger for Risk Management, Alan Lederman, initially replied that he did not see a need for testing, but would look into it further.

Around that same time, a contractor hired by the school system to treat the water in their cooling systems, Water Chemistry Inc. based on Roanoke, VA, recommended legionella testing at all cooling towers.

CBS 6 Problem Solvers also received pictures that illustrate just how dirty some of the cooling systems were during testing.

When School Board Chair Rob Thompson was asked if he if was aware, back in January, of some of these issues at the cooling towers, he said that he was not.

"No, the first time we heard about it was when it was tested and it came back," Thompson said.

But someone was aware.

A handwritten note attached to a January service report claims that school-wide legionella testing was not necessary.

That statement is attributed to "Risk Management," but the county said they never said that, and the school system said it's unclear who wrote the note.

"As I said we've gone back over our maintenance practices, we've identified where we've had some problems, and we've addressed them and fixed them," Thompson said.

But the head of the Chesterfield Board of Supervisors, Leslie Haley, and several parents said this all should have happened much sooner.

"When you put public health at risk there has got to be accountability," Haley said. "It looked to us, from the reports that we saw, that this went back to at least 2017."

In fact, the contractor, WCI, also reported the school system told them the majority of cooling towers had not been cleaned in two or more years.

"It leaves you to think and question," Mease said.

Moving forward, Thompson said the school system now has a plan to clean cooling towers and test for legionella twice a year.

"Our towers are clean now, our school system is the way we want it to be, we're providing a safe and nurturing environment for all of our students, and I look to put this in the past as we go forward," Thompson said.

No Chesterfield students have gotten sick as a result of Legionella, and the Chesterfield County Health District said the risk to anyone remains low.

An internal audit into what happened is due back in early October.