Woman swallows engagement ring while asleep, needs surgery to have it removed 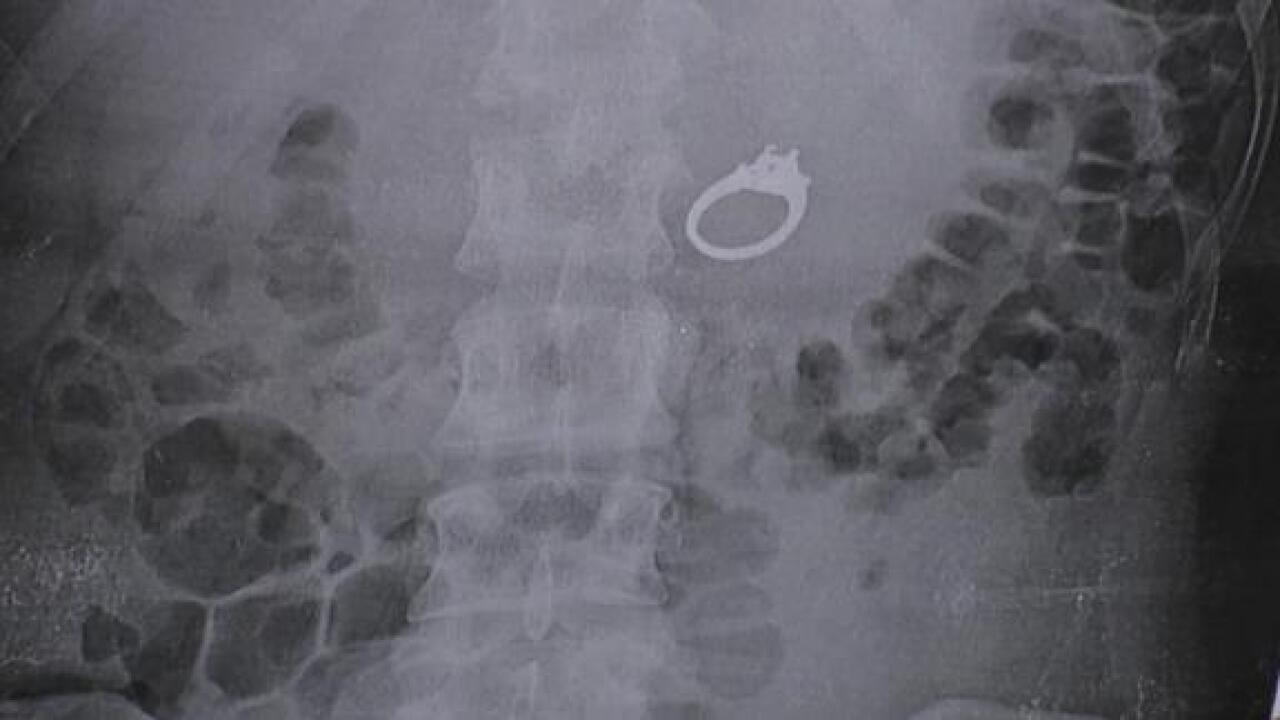 SAN DIEGO, Calif. — A dream – and then a nightmare – became reality for a San Diego woman. Jenna Evans said she swallowed her engagement ring in her sleep while dreaming about doing so.

Tuesday night, Evans dreamed she and her fiance, Bobby, were facing off with “bad guys” on a high-speed train. During the struggle, Bobby told Evans that she had to swallow her engagement ring to protect it. So she did. Not just in her dream, but in real life. She woke to find the ring wasn’t on her finger, KGTV reported.

“When I woke up and it was not on my hand, I knew exactly where it was,” Evans said. “It was in my stomach.”

The next morning, Evans and her future husband went to Urgent Care, where they saw her X-rays. Her ring was clearly nestled right in her stomach.

A gastroenterologist suggested it would not be best to let nature run its course. Doctors recommended an upper endoscopy to remove her beloved bling.

“I was really happy because I don’t know if I can look at it and appreciate it in the same way, if I had to search for it,” Evans said.

At that point, Evans said she could feel the ring in her stomach and it was starting to become painful.

Doctors safely removed the ring from her intestines and returned the jewelry to Evans — well, to Bobby for safe keeping, at least. Bobby eventually gave Evans her ring back.

“I feel very grateful that I got it back, and that this is a happy and funny story,” Evans said.

She said she now takes the ring off when going to sleep.

The couple will get married in Evans’ home state of Texas, hopefully with the ring in hand, next May.