Barrett died in September 2010 of a heart issue during a Search and Recovery Team training dive in Lake Anna in Louisa County.

Family and friends, along with state and county leaders gathered Friday afternoon for the unveiling of the “Trooper Mark Barrett Memorial Bridge.” 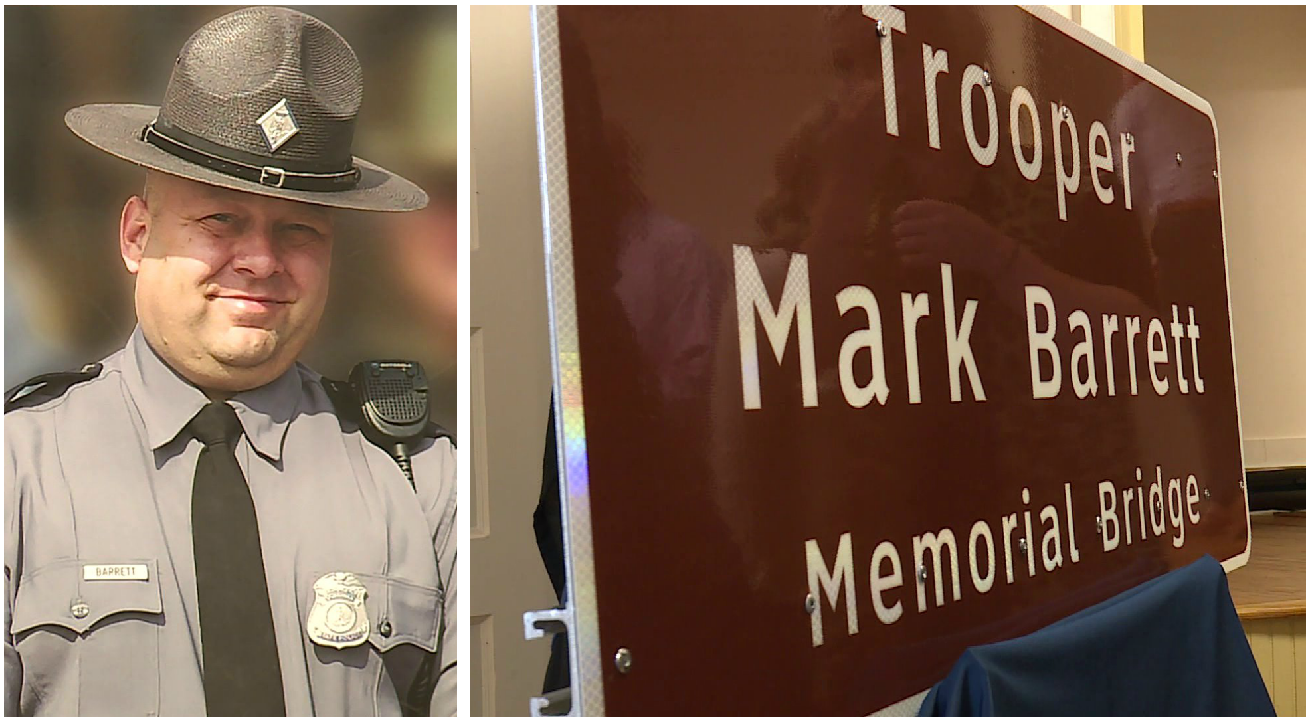 “I’m sure we will travel over that bridge many times… We’ll stop and just take a moment to reflect and think about him and think about the commitment that he gave and the dedication he gave to the team and the state,” said Senior Trooper Todd Brendel.

The renaming was made possible after Del. Lamont Bagby, 74th District, sponsored legislation that was passed by the 2019 Virginia General Assembly.

Barrett was a native of Chesterfield County and a graduate of Manchester High School and John Tyler Community College. He joined the Virginia State Police in 2007 and graduated the Academy in June 2008.

Barrett is survived by his wife and two children.