Andrew Sergent was a three-sport star at Lee-Davis High in Hanover. He gave up all three sports to follow a sport more suited for lumberjacks. He is now a collegiate world champion with his sights on another title.

HANOVER COUNTY, Va. -- On any given evening, out in the Hanover wilderness, almost to where cell service won't reach, you can hear the rhythmic beats of a national champion toiling to improve in his chosen sport.

"If you listen, you don't hear much," said Andrew Sergent. "It's a good place to concentrate and focus on practicing and getting better. And you can't beat the scenery."

On the edge of a field owned by a family friend, Sergent has made himself a crude and secluded spot for his timbersports practice. And for working out any aggression.

"There's nothing like taking a 7 or 8 pound ax and just swinging as hard as you can into a piece of wood," Sergent said.

His location makes it easy to focus, and to gather new pieces of wood once he has laid waste to the previous log.

As a student at Lee-Davis, Sergent played all three of the more traditional sports, excelling in baseball as a first baseman. When he left for college at West Virginia, he walked on to the Mountaineers baseball team, but his stay did not last admittedly due to some personality conflicts within the program.

"Eventually, baseball got more aggravating than it was fun for me" Sergent explained.

So the Wood Science and Technology major got turned onto Timbersports; where competitors are timed on how fast they can get through various pieces of wood. After two informal tryouts with a professional, Sergent was encouraged to swing a different kind of stick.

"When I came home for Christmas I told everybody I was chopping wood and they said, 'Are you crazy?'" Sergent remembered.  "'Why are you doing that? What is that? I've never heard of that.'"

All his friends and family now know exactly what Timbersports are. Andrew went to the collegiate championships all four years he was at West Virginia never placing lower than third, but never winning until this past spring. 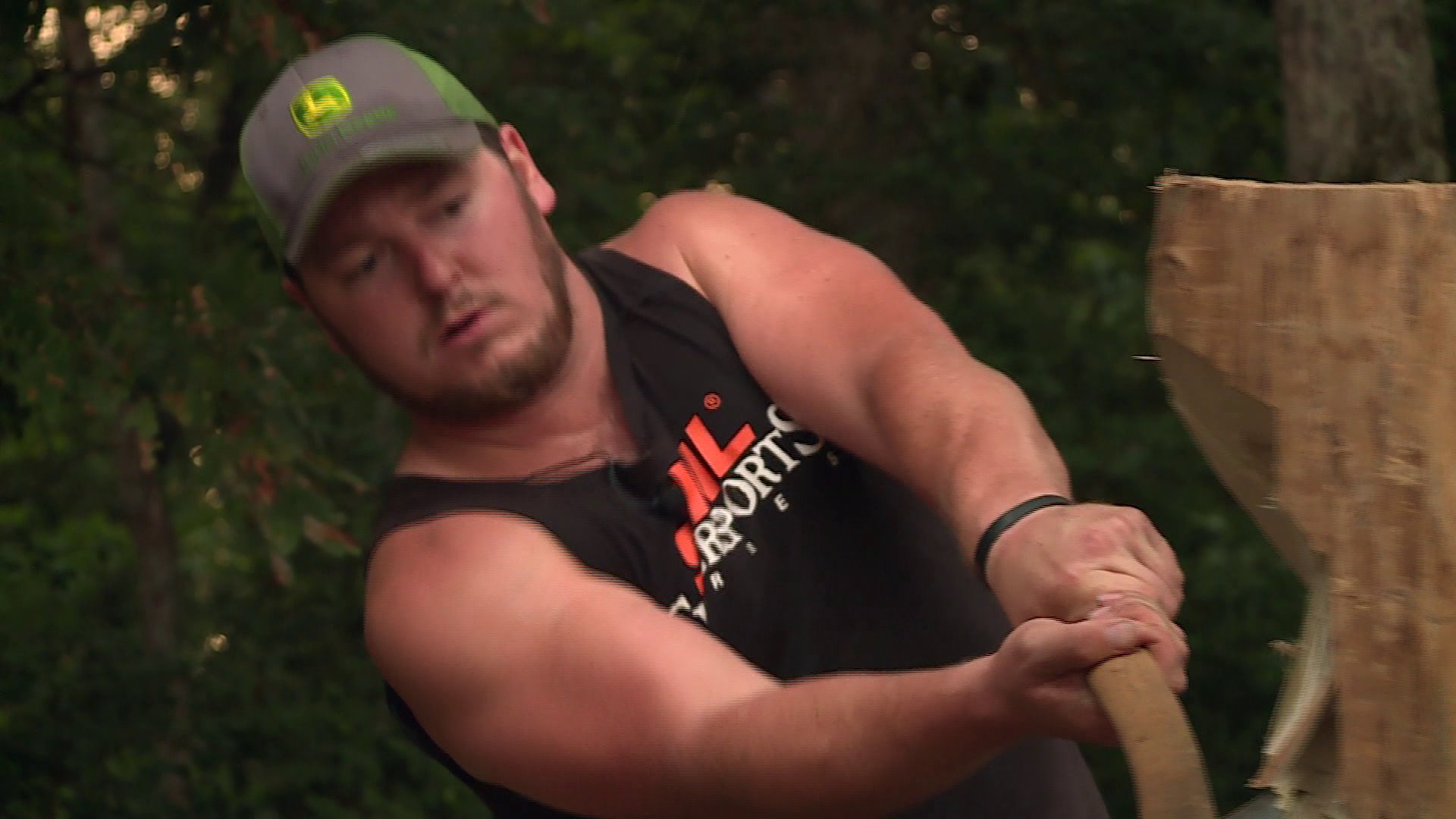 "The first year I came in third, I was just happy to be there," Sergent explained. "I didn't know what was going on, but it was a cool experience."

"It's gut wrenching to get so close, and then just not get there. You're almost at the top of the mountain and then you just fall right back down," Sergent said. "This year it all clicked. The feeling of finally getting the weight off your shoulders. Man, I should have won this the last three years."

Sergent now gets a spot on the national team for the World Relay championships held in the Czech Republic in November and will be finishing his degree in the next few months as well.

He has many friends from high school and college who stuck with baseball and are now playing professionally. Every once in a while, he catches himself wondering what might have happened had he not switched sports.

"I played with guys who signed to play in the major leagues and they're making a lot of money," he said. "I'm not saying that would ever happen for me, but that would have been pretty cool."

"The friends that I've made are worth the baseball contract that I didn't get or didn't try to get," Sergent said. "I've had enough fun to be satisfied and not look back and regret."

You can watch Sergent win this year's collegiate title on the CBS Sports Network on Nov. 11 and again on Nov. 18. Next spring, he will head to the world Timbersports Rookie Championships, where he will try to become the first American to win that title.