CHESTERFIELD COUNTY, Va. -- A group of volunteers in Chesterfield came together to build a refuge for a family with seven boys, one of whom is battling cancer.

Austin Thore was diagnosed with Langerhans cell histiocytosis, a form of cancer that is common in kids and can damage tissue or cause lesions to form in the body.

“He can’t go to a public playset, he can’t go… Kids get to go out and play with all the other kids, he can't do that because of his immunities,” said John Janin, program coordinator with Rock Solid Foundation. 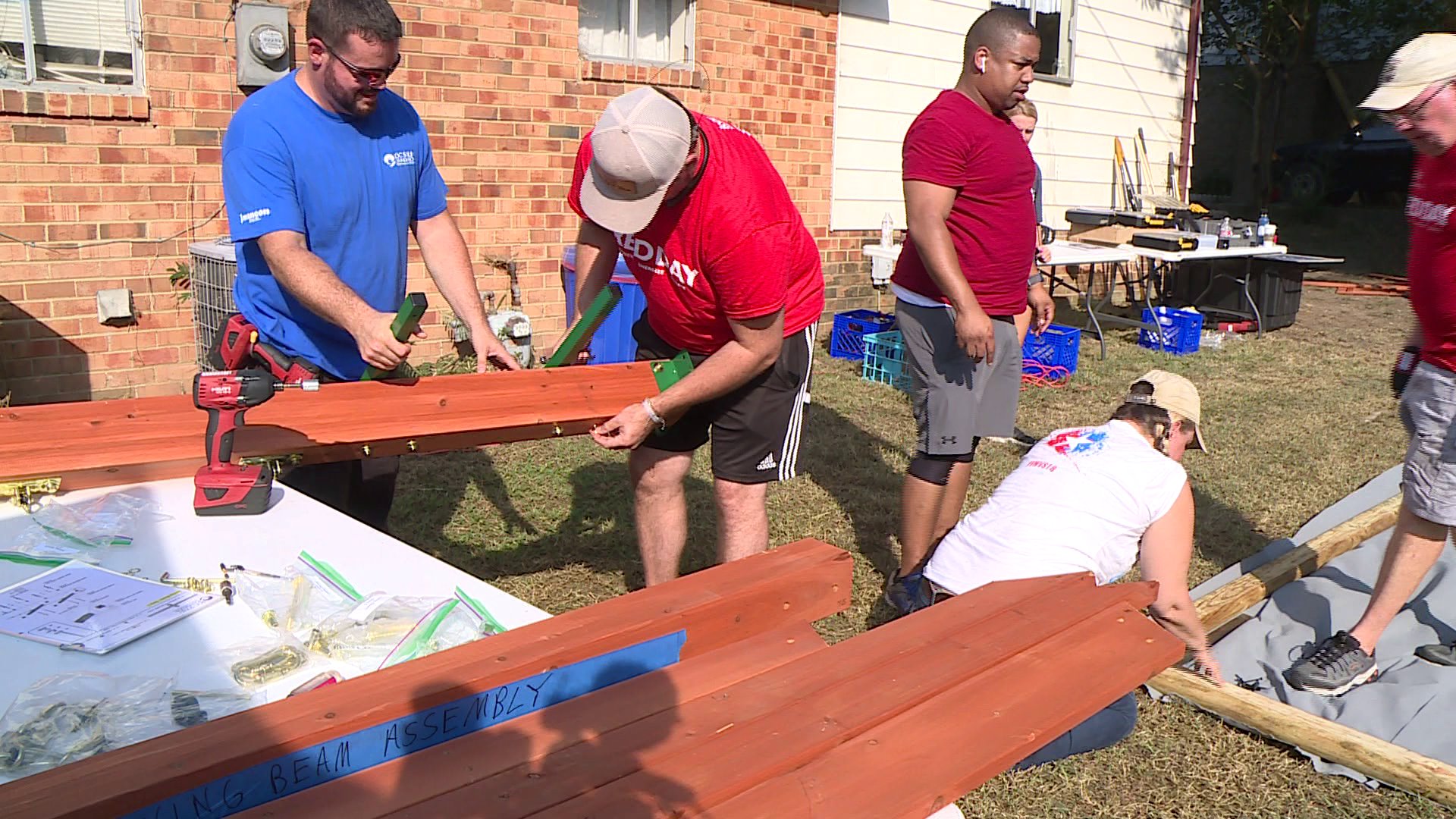 A week in a half ago, Rock Solid Foundation and Keller Williams Midlothian teamed up to create a swing set to bring hope to the family during a difficult time.

“Everyone was really excited just get their hands on the project,” said Keller Williams Midlothian real-estate agent Alexandra Leigh.

Thursday morning, crews worked to build a fortress not only to bring hope to Austin but to his entire family.

“This playset is not just for Austin. It’s for his brothers that also come out here and play on it and enjoy being a kid because that’s one thing you do not have to teach a kid to do. Which is play,” said Janin. “We firmly believe that by giving this refuge in their backyard, they are able to be a kid again.”

Because of their hard work, it was a day Austin and his family will never forget.

“It’s unbelievable. We’re really grateful for everyone that we have in our lives," said the boy's mom.

For years, Rock Solid Foundation and Keller Williams Midlothian have teamed up to help families fighting pediatric cancer. This year alone they are on their way to building their 100th swing set.