🌀Tracking Dorian: ‘Friday is going to be the big day for Virginia,’ Zach Daniel says

OUTER BANKS, NC -- Hurricane Dorian, which strengthened slightly Wednesday afternoon as it heads toward the Carolinas, will impact the Outer Banks and Virginia Friday.

The storm's core is forecast to approach the coast of South Carolina, near Charleston, on Thursday morning, the National Hurricane Center said. The storm is expected to run parallel along the coast of the Carolinas through Friday.

Hurricane Dorian continues to maintain a strong Category 2 strength, with max sustained winds of 105 mph as of 6 p.m. Wednesday.

The storm, which was a Category 5 Hurricane over the weekend, previously had winds up to 185 mph.

“The strongest winds were fairly contained around the eye – only about a 45-mile radius” CBS 6 Chief Meteorologist Zach Daniel said. “Now the storm has expanded – it’s larger. It’s not as strong... but the radius of hurricane force winds now extends outward of 70 miles. This means that even if it doesn’t make landfall, you’re going to have hurricane-force winds well inland. And that is a major concern, not just for the wind damage, but for the storm surge we are likely to see.”

The storm will take on a more northerly track, and eventually move northeast as it accelerates along the Southeast and Mid-Atlantic coasts. On this track, the Richmond Metro Area will experience gusty winds in the range of 30-40 mph and rainfall amounts ranging from .25″ to 1″.  Winds will gust along the Coast and Bay from 40-60 mph. 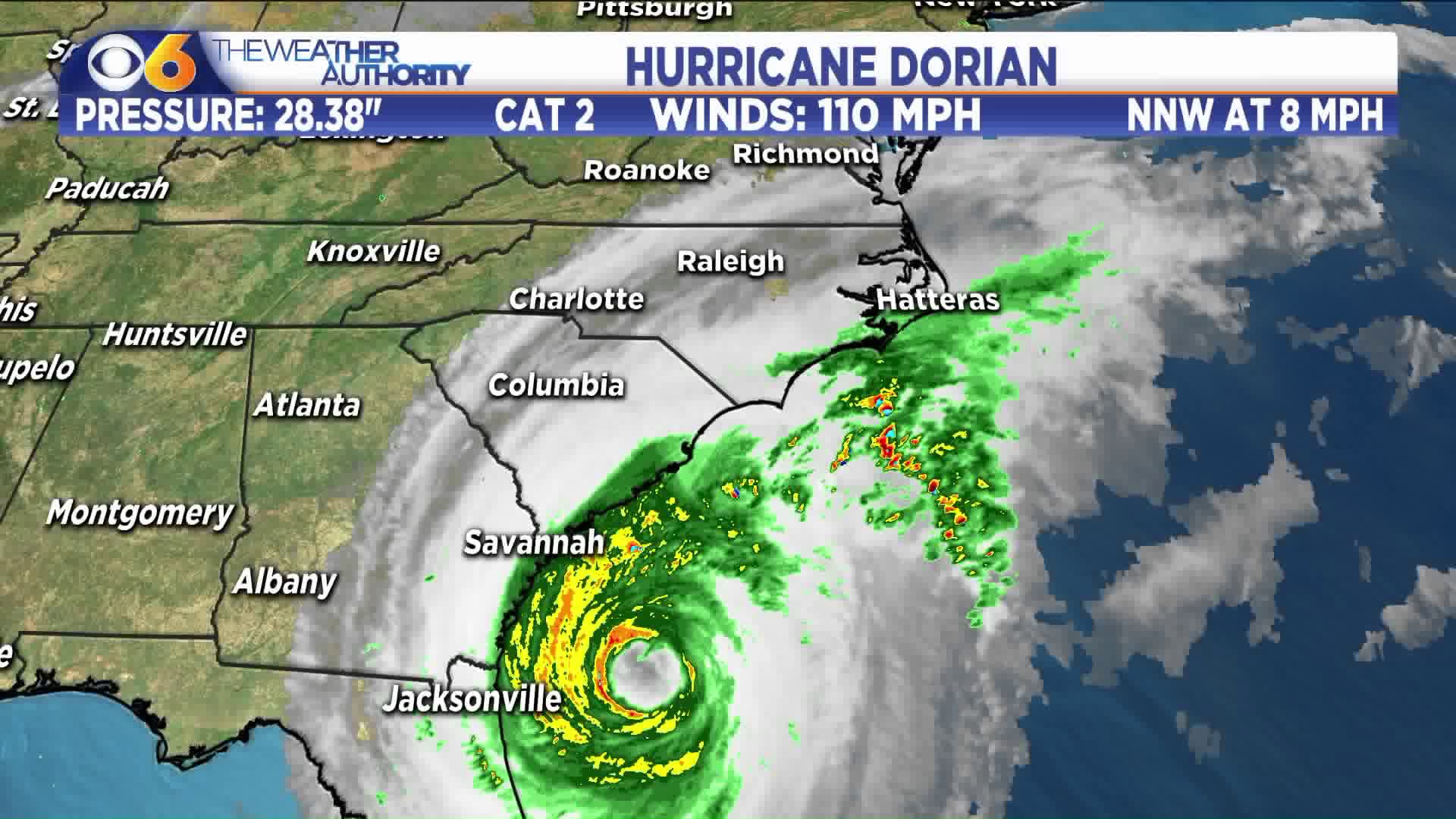 Conditions will worsen the farther east you go from Richmond, with flooding and damaging winds likely across far southeast Virginia.

The coastal areas of the Northern Neck and Middle Peninsula will experience flooding from the combination of storm surge ahead of Dorian, and the persistent east-northeasterly winds.

Track Dorian with the Interactive Hurricane Tracker on WTVR.com.

🌀 Track Dorian with the Interactive Hurricane Tracker on WTVR.com.