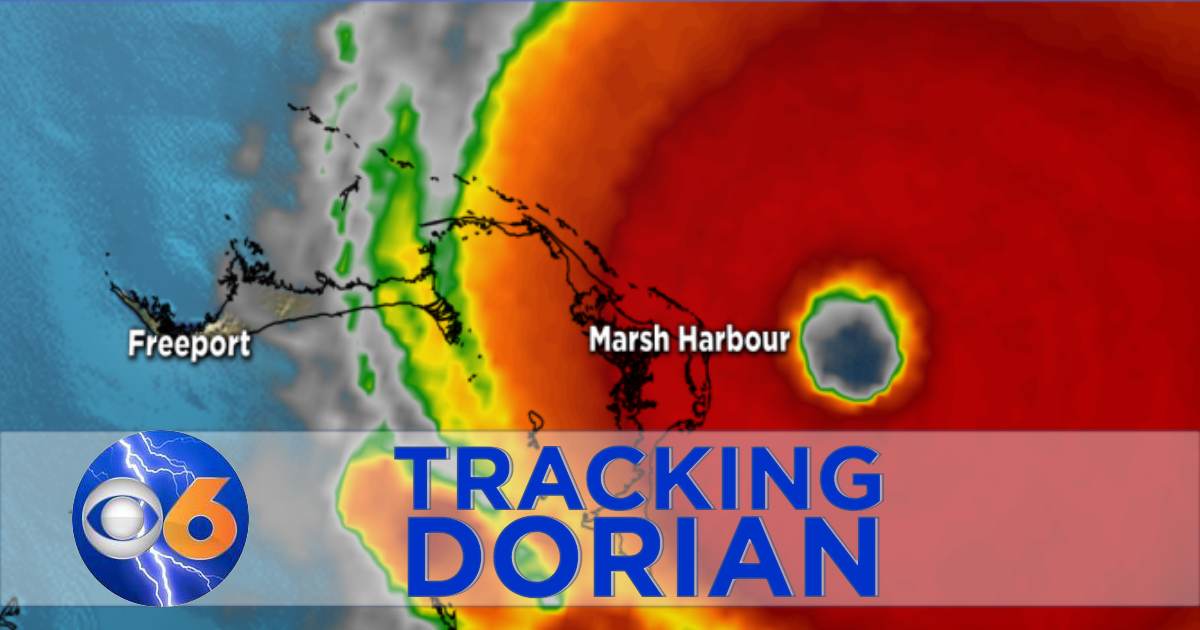 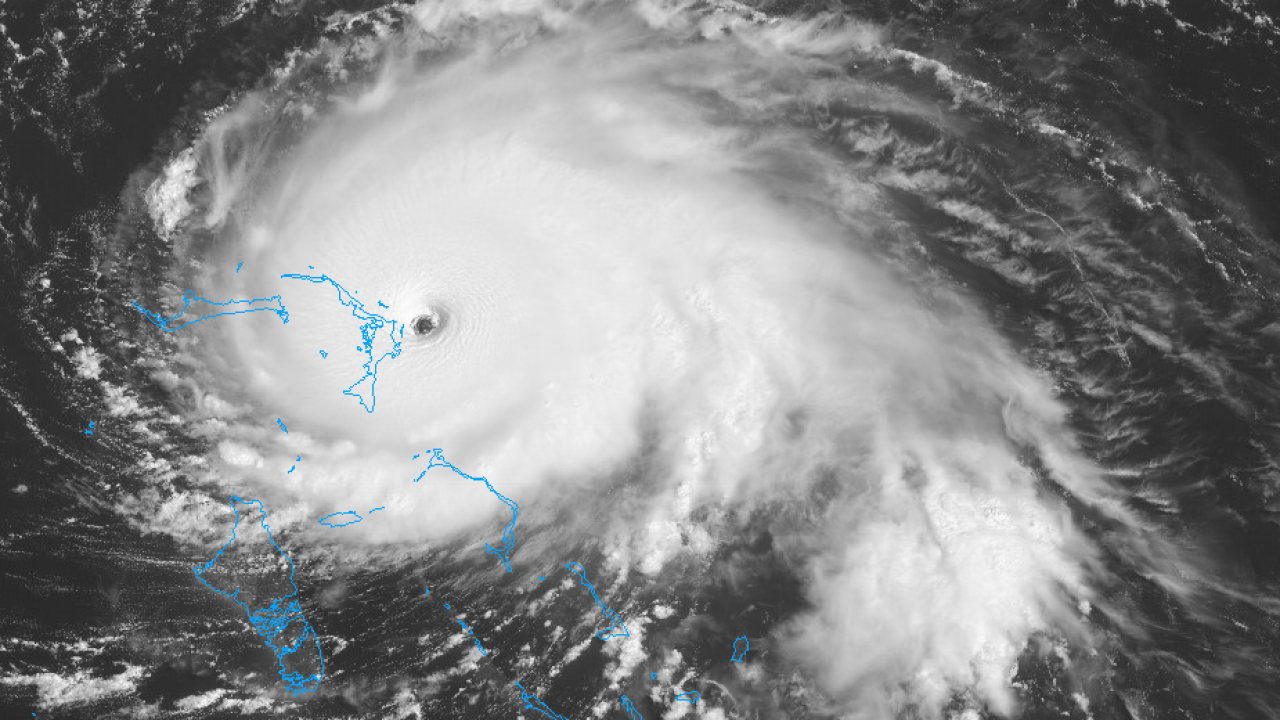 Hurricane Dorian's almost 185-mph sustained winds are bringing "catastrophic conditions" to the Bahamas, the National Hurricane Center said, and forecasters predict the Category 5 storm will remain over the islands into Monday.

The storm made landfall on the southern end of Elbow Cay, which runs along the east coast of Great Abaco, early Sunday afternoon. With gusts over 200 mph, Dorian has become "the strongest hurricane in modern records for the northwestern Bahamas," the center said.

The storm is growing, meteorologists said, with hurricane-force winds now extending 45 miles from its eye.

"This is a life-threatening situation. Residents there should take immediate shelter," the center said Sunday morning.

Once the storm finishes deluging the Bahamas it is expected to head toward Florida, but exactly where (or if) it will hit the US East Coast remains unclear. As of 11 a.m. ET, the storm was about 205 miles east of West Palm Beach, Florida.

Dorian is moving to the west at 7 mph and is expected to strike Grand Bahama, the northernmost island in the archipelago, late Sunday or early Monday, forecasters said.

The northwestern Bahamas are under a hurricane warning, which means "preparations to protect life and property should be rushed to completion," the hurricane center said. Conditions are expected to grow only worse as Dorian stalls over the Bahamas, forecasters say. Some models forecast that it could stay for 24 hours or longer.

• As of 8 a.m. ET Sunday, a hurricane warning was in effect for the northwestern Bahamas, except for Andros Island, which is under hurricane watch.

• Life-threatening storm surges of 18 to 23 feet could crash into the Abaco Islands and Grand Bahama, the hurricane center said.

• The northwestern Bahamas also could get 12 to 30 inches of rain, the hurricane center said.

• Dorian's forecast track has shifted east since Friday, making a landfall in Florida less likely but not out of the question.

Where will Dorian go next?

Hurricane Dorian has been threatening to strike the US mainland, but there is still a lot of uncertainty on when and where it will make landfall.

The storm had been projected to reach Florida by Labor Day weekend, but current forecasts have it turning north Monday evening. The storm is predicted to ride along the Florida, Georgia and Carolina coasts, according to meteorologists.

Many models show the storm staying just off Florida's coast Tuesday and then skirting the coasts of Georgia and North and South Carolina.

Still, a major hurricane hovering just off the coast could cause serious damage.

"This is a serious storm. You can't take your eye off it. you have to make preparations now. Again, it's going to move up the coast into Georgia and the Carolina. This will be with us until probably ... Friday," Peter Gaynor, acting administrator of the Federal Emergency Management Agency, told CNN on Sunday.

St. Lucie County authorities said they have already received a report of an attempted burglary at a vacated home, and Sheriff Ken Mascara warned would-be looters, "We are watching for this kind of activity."

Hurricane and storm-surge watches have been issued for Florida's east coast, from Deerfield Beach to the Brevard-Volusia County line, where the water could reach up to 7 feet, forecasters say.

Storm-surge watches are issued when "there is a possibility of life-threatening inundation, from rising water moving inland from the coastline, in the indicated locations during the next 48 hours," the center said.

With wind and rain possible without direct landfall, many Florida residents are still preparing and Gov. Ron DeSantis has announced voluntary evacuations for Osceola County, Glades, Hendry and Indian River counties, as well as in parts of Palm Beach County that are not under mandatory evacuation orders.

Pete Werner said he is riding out the storm at home in Orlando but is sending his mother to Walt Disney World. He said it's the "safest place" to be in Central Florida during a hurricane.

"Their hotels are built to exceed Florida building codes so they're built to withstand a Category 5 hurricane," he said. "It's a self-contained city."

Werner said he didn't want his 88-year-old mother to be sitting in the heat if she loses power.

"I'd rather her ride it out in luxury over at the BoardWalk," he said, referring to the Disney resort.