VDOT officials said all southbound lanes had reopened as had the ramps from Route 10 and Route 145 to Route 288 as of just before 5 p.m.

Chesterfield Fire and EMS officials received a 911 call about a large brush fire near Ironbridge Road and Whitepine Roads just west of Route 288 just around 11:05 a.m. 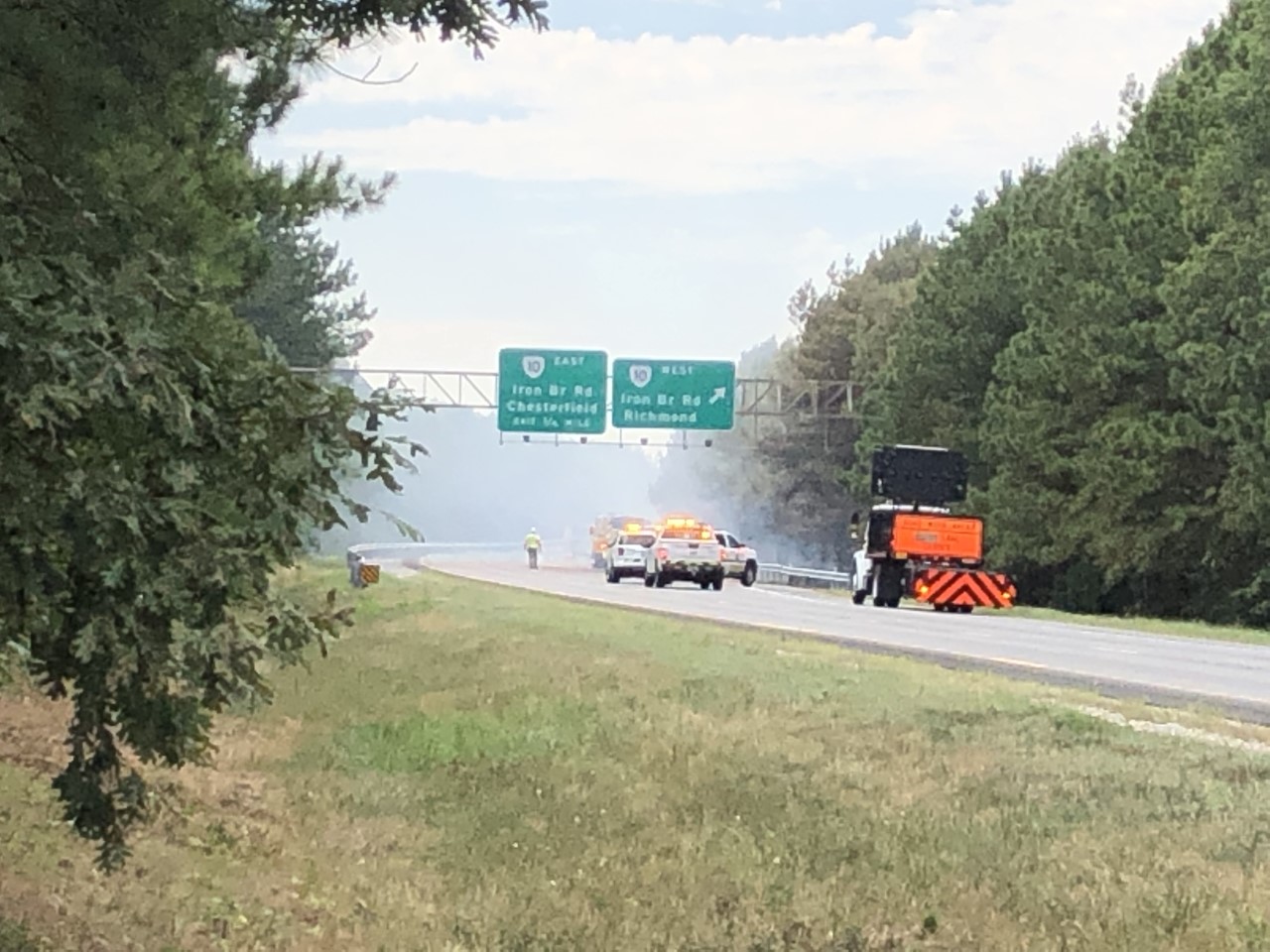 As a result, Virginia Department of Forestry crews were called in and used heavy equipment to help contain the fire.

Officials said more than 40 first responders brought the blaze was under control just after 2:10 p.m.

No one was injured and no structures were threatened, officials said.

However, no traffic was allowed Route 288 at one point during the afternoon because of heavy smoke. Drivers were detoured around the scene

Officials released the below map, which shows the estimated 20-acre fire’s location.