CHESTERFIELD COUNTY, Va. -- One person was hurt and lanes on Interstate 95 were shutdown after a crash involving a tractor trailer. The crash was reported at about 2:09 p.m. Wednesday on I-95 south near Willis Road (Exit 64).

Police say that a tractor trailer hauling food products was traveling southbound in the right lane of I-95 South.

The driver of the tractor, Julian W. Parkman Jr., 41, of Covington, Georgia, then veered left across all lanes, striking an SUV, then hitting and damaging several feet of the jersey wall.

The tractor then overturned across all lanes and sideswiped a pickup truck.  Two additional vehicles were damaged due to debris but were not directly involved in the crash.

A driver and front-seat passenger of the SUV were wearing seat belts and were transported to the hospital for treatment of serious injuries.

There were no other injuries reported.

Parkman was arrested and charged with driving under the influence of alcohol and failure to wear a seat belt.  He was transported to Chesterfield County Jail.

Several agencies assisted at the scene of the crash with the cleanup process that resulted in lane closure for an extended period of time. 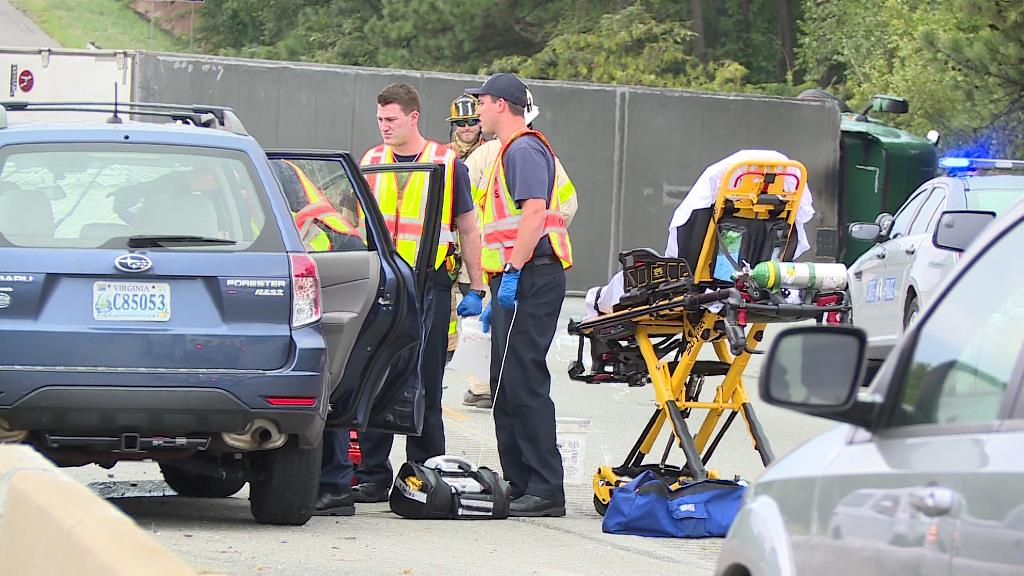