RICHMOND, Va. – Twenty-one children received a new adaptive bike Sunday thanks to the kindness and generosity of an area nonprofit group.

U.S. Army veteran James Howard started Richmond Empowering Abilities for Children with Cycles or REACHcycles after he received a similar bike several months after a swimming accident left him paralyzed.

The three-wheeled cycles called AmTrykes are custom-made for each child based on their ability.

"They're getting out and getting another form of exercise," Howard explained. "It's  just that emotional value to be able to ride with your brothers and sisters... We try to help with that."

Each child was pre-selected by REACHcycles based on desire and need.

Lisa Stone said her son's physical therapist recommended the bike and the program.

"He's able to be a little boy that can ride a bike and be like other boys and girls," Stone said about her 11-year-old son, Christopher. "The opportunity to ride his bike in the park... This is fantastic."

Organizers said they are always raising money since each bike can cost between $500-$1000.

"We've given close to 400 bikes in five years," Howard explained.

In fact, the group awarded 20 bikes to area children in March.

The group plans to give away more bikes at their next event, which is slated for December around Christmas. 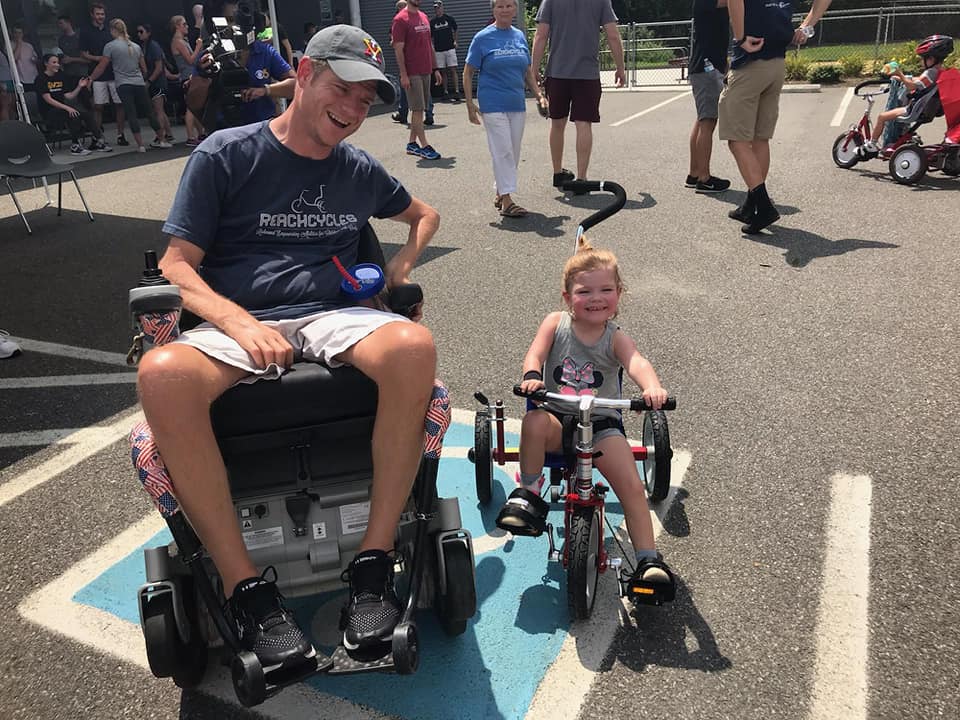