"The only good thing about this heat is we get to roll out our new Richmond tethering code," the agency posted on Facebook, "Earlier this year, RACC wrote new language to prohibit tethering dogs in adverse weather... This update is very simple. The heat advisory issued today through Sunday allows us to prohibit dogs from being tethered in the City of Richmond."

Supervisor Rob Leinberger said his officers found two dogs tied up at a home on North 22nd Street. He stated the dog owner fixed the problem after a discussion of the laws. 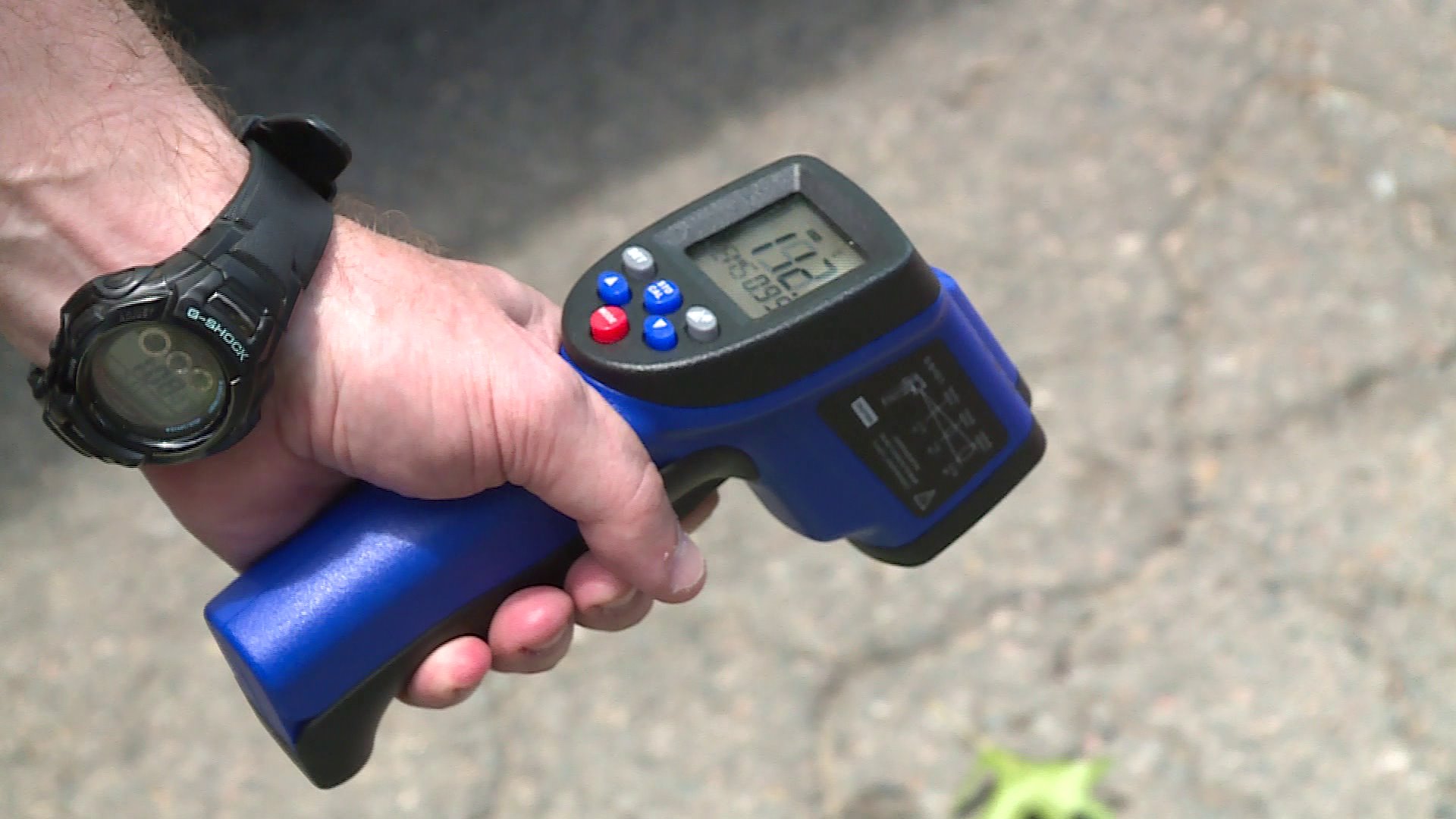 "We rely on the public tremendously because they are literally the eyes and ears for us," Lienberger explained. "On a day like today there's very little wiggle that comes to animals being kept out on a day like today."

Neighbors also called about a dog left in a crate outside on the back deck of a home on Grantwood Court on the city's Southside.

A person who answered the door told Leinberger that they rarely take the dog inside. The supervisor also said they found the dog standing in its own feces.

Leinberger said the dog owner agreed to take the dog inside in the air conditioning.

As a dog owner and lover, Leinberger said his career often takes a toll mentally.

"It’s a constant emotional balancing act. My dog doesn’t go outside only to use the bathroom," he explained. "Why are they spending all their lives in a pen?"

RACC Supervisor Rob Leinberger checks the temperature in a pen.

"RACC Officers can provide crates to help facilitate moving dogs inside if needed," the agency continued. "Please be advised -- we will be enforcing -- bring your dogs inside today."

A Heat Advisory  was in effect for much of the Piedmont and Tidewater for Wednesday from 11 a.m. through 8 p.m. The heat index was forecast to range from 103 to 107 degrees.