Officers responded to the intersection of 21st and Wickham Avenue in reference to a crash at approximately 12:32 p.m., WTKR reports.

An HRT bus reported being cut off by another car and then losing control, running into the First Church of Our Lord Jesus located at 2015 Wickham Drive. 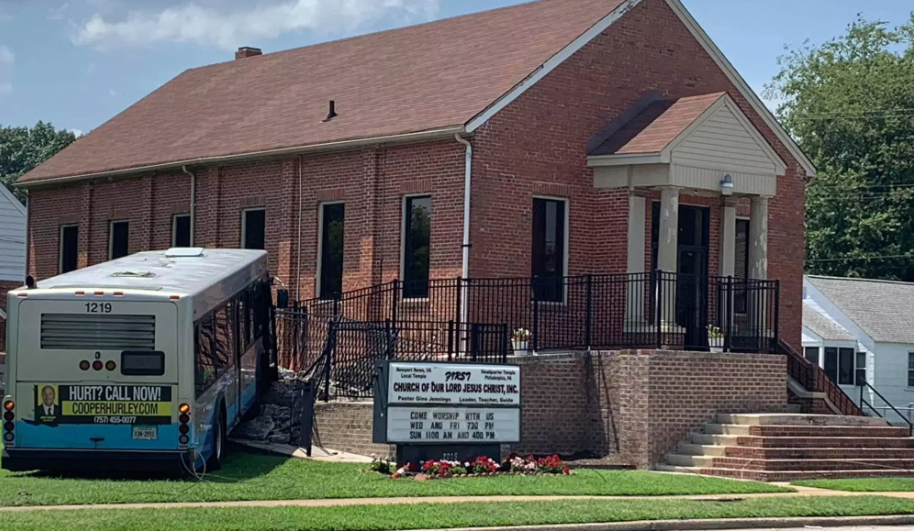 The driver and five passengers of the HRT bus were transported to a local hospital with minor and non-life threatening injuries.

The church was empty at the time and there is minimal damage to the building, according to officials.

A short detour through 20th Street has been established.

There is no further information at this time.