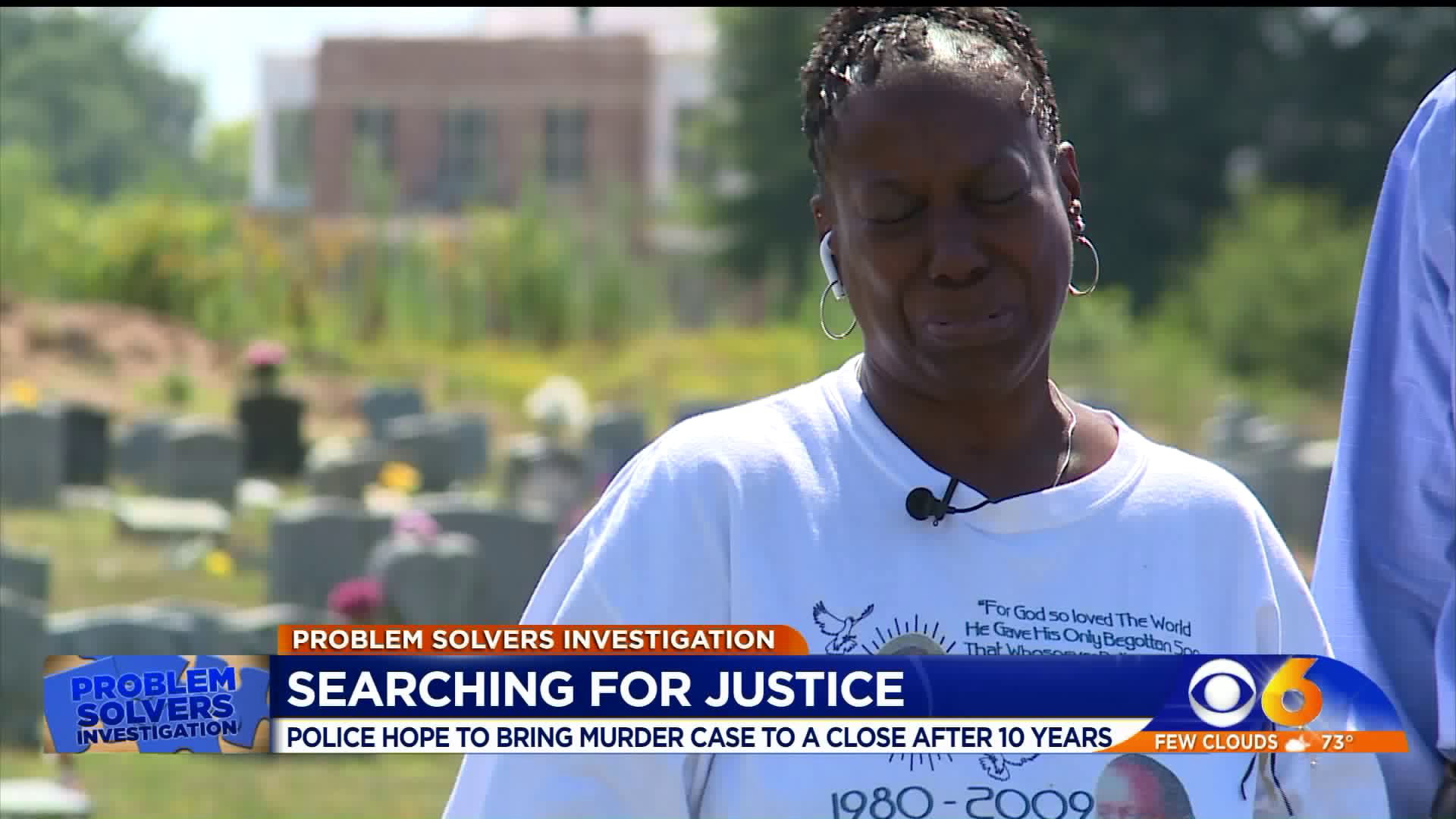 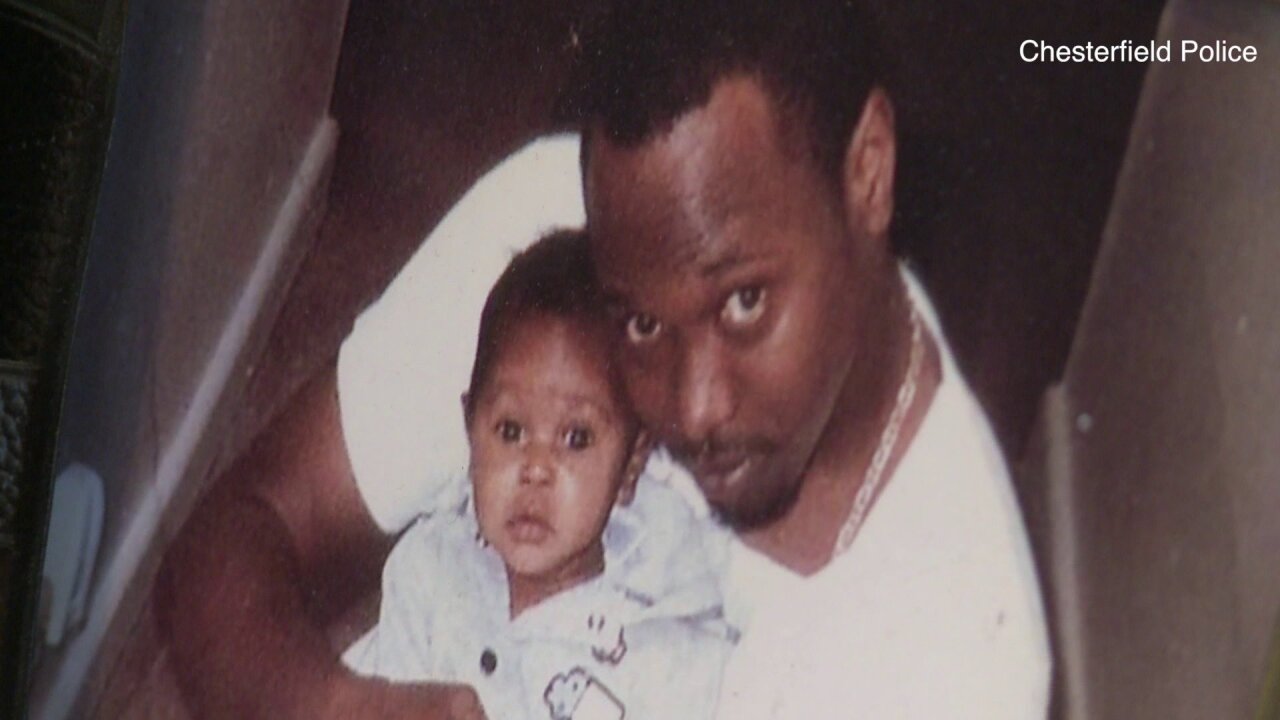 CHESTERFIELD COUNTY, Va. -- A decade after a security guard was beaten to death near his crashed patrol vehicle, Chesterfield Police investigators said they now know who was responsible.

"We are absolutely even more confident we’re closer,” Chesterfield Police Corporal Detective Johnny Capocelli said. “We’ve had other members of the community come forward, so I feel very, very good about the direction this case is taking us. My message is simple, don’t sleep I’m coming after you, we’re coming after you. It’s our responsibility to make sure justice is served in this instance.”

Capocelli, is part of the Chesterfield County Police Department’s Unsolved Major Investigations Group (UMIG) and has been assigned to the case.

Damion West was 28 years old when he was killed July 9, 2009, while working as a security guard at the Ivy Walk Apartment complex in Chesterfield County.

“Our victim, Mr. West worked as a security guard, civilian security guard in this community,” Capocelli said. “His day-to-day responsibilities were to document confrontations, or contact if you will with residents and those not part of this community.”

On July 8, 2009, police said he responded multiple times to disruptive teens smoking marijuana in a hallway of the complex.

“He knew one individual by the name of Chris,” Capocelli said. “He had documented that in his reports and mentioned that the other individuals were people he knew by name or face. He knew at least a couple of the people he encountered.

"He had left a voicemail to the management of this community letting them know there was contact with some individuals."

“I remember him saying one of the guys he had words with and I guess he felt like it was over,” West’s mother Patricia Blow recalled.

That was the last time Blow heard her son’s voice At 4 a.m., July 9, 2009, West clocked out at Ivy Walk apartments and never to be heard from again.

“When did you know something was wrong?,” CBS 6 reporter Laura French asked Blow on the 9th anniversary for her son's death.

“I can remember that day right now," Blow responded through tears.

The 911 communications from that morning captured confused residents leaving for work and noticing West’s crashed patrol car into a tree.

“Is the person still inside?” asked the dispatcher. “I didn’t look to see if anyone was in there because I am on my way to work.”

“That don’t look normal to me,” explained another caller.

Police responded and found West’s bludgeoned body 100 feet from his vehicle near a retention pond fence. His son Damion Junior was just three years old when his father was murdered.

“His job called back and said Ms. West, we are calling you back to let you know your son is dead,” said Blow.

“The manner in which he was beat is about as tragic and graphic a scene as I have seen in my 27 years of doing this job,” said Capocelli.

Blow requested the medical examiners report and through tears described what she saw of her son’s injuries.

“The suspects in this case need to know that not only do we have evidence prior to it taking place, but also after we have corroboration so candidly, we have identified our suspects on this,” said Capocelli. “We now know the who, the what, the where, the when and the why. So, this individual who is a part of this community still needs to know we’re not going to quit he can not sleep at night without looking over his shoulder."

The Chesterfield Police Department produced a video on the unsolved homicide around the 8th anniversary in hopes of getting new information on the case.

CCPD also received multiple tips following a CBS 6 story on the 9th anniversary. They said they need the community's help to bring this case to a close.

“We had multiple calls that came in, some of which added further tips for us that have made our case stronger,” Capocelli said. “We don’t proceed with arrests until we know we’re ready to prosecute and find someone guilty so we’re proceeding along those lines.

“It’s important that the members of the community realize that they have pieces of information out there that can get us there not to the arrest, but to the conviction.”

If you can help solve this crime, call Crime Solvers at 804-748-0660, or use the P3-Tips mobile app. You’ll remain anonymous and you could receive a cash reward up to $1,000. You can also call Corporal Detective Capocelli directly with any information on this case at 804-796-7057.

“I shouldn’t have to walk around year after year wondering what happened to my son and why,” Blow said. “Somebody need to come and speak up. Somebody need to tell something for me. This is a mother who want peace” she added.

“My responsibility to this woman here, her family, Mr West is simple, tell them I’m never going to stop,” Capocelli said. “It’s the community that needs to hear that these cases don’t go away.”

“I know it’s going to happen. It’s going to be me looking at her square in the eyes and tell her we found out what happened, we’ve arrested those individuals responsible and we’re not going to stop until their conviction is completed,” he added.