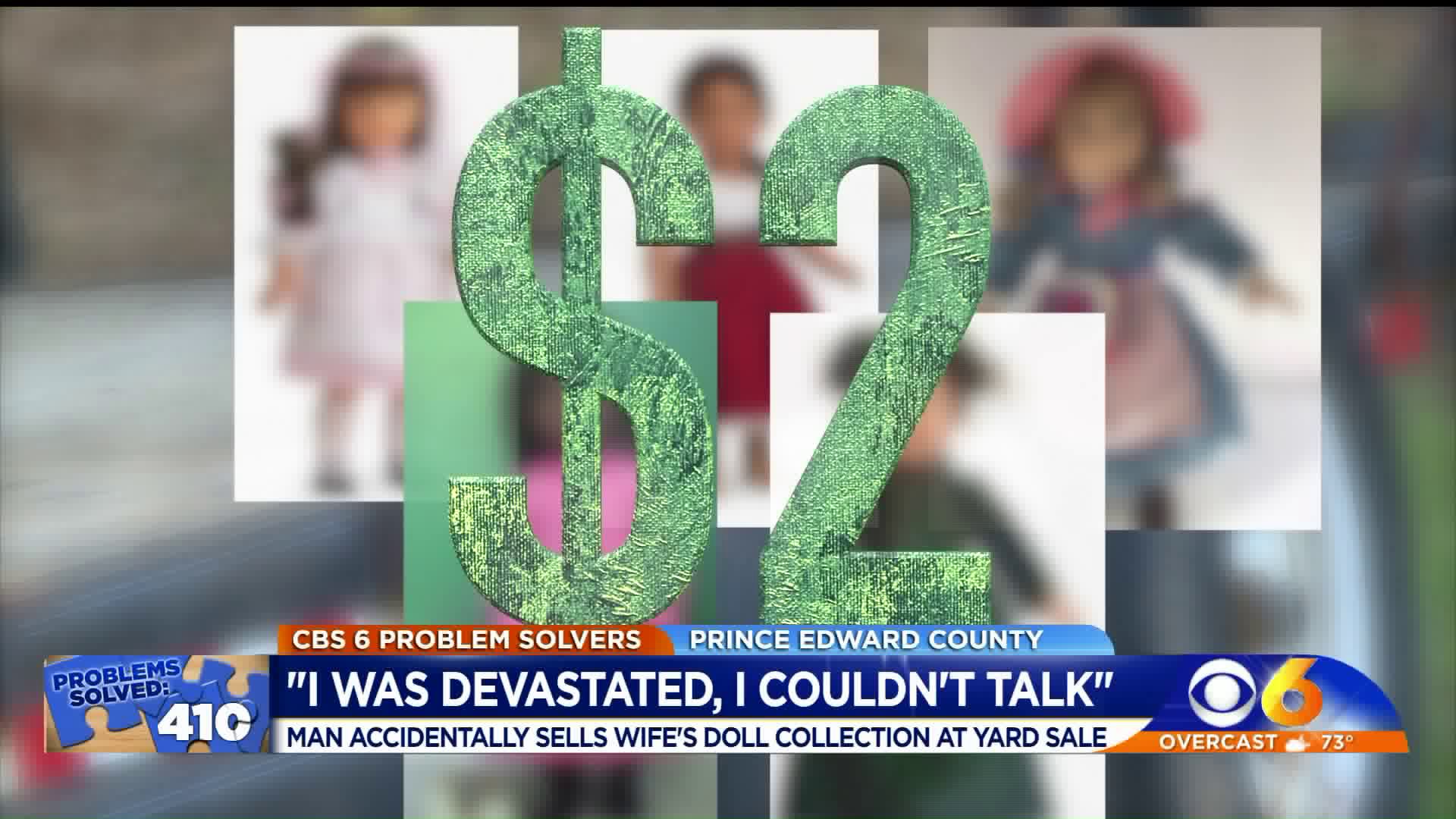 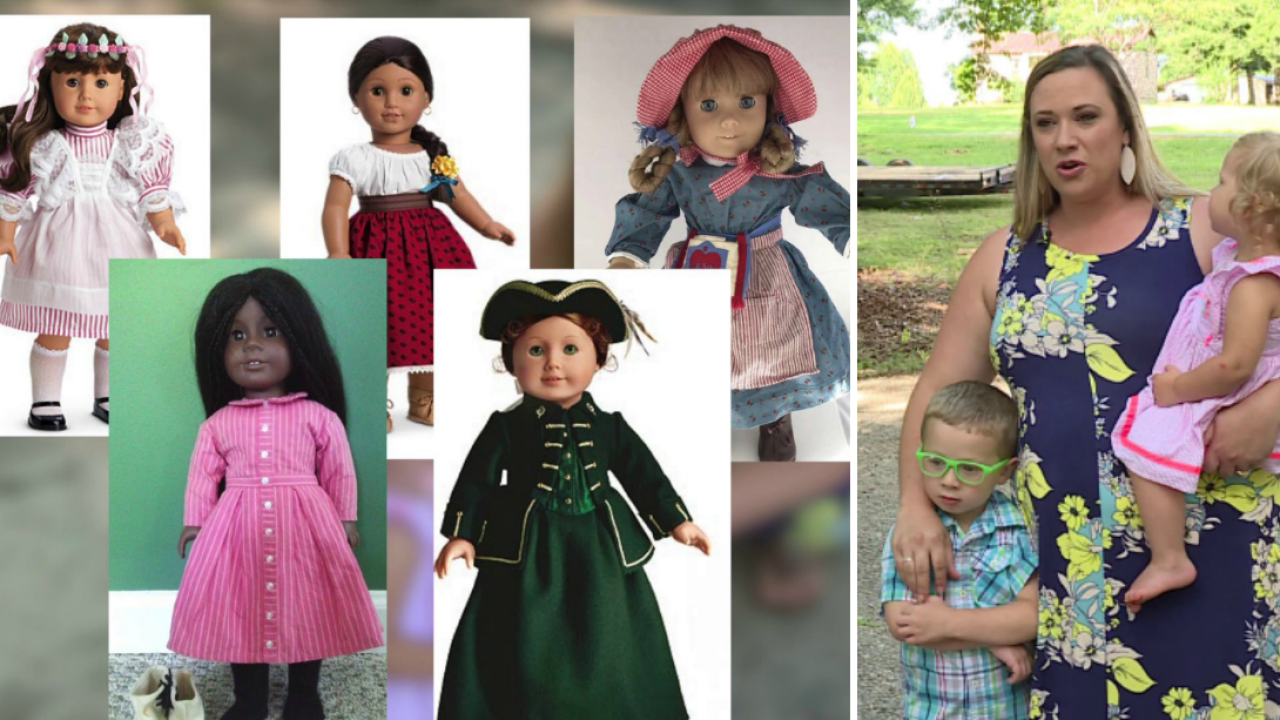 PRINCE EDWARD COUNTY, Va. -- A Prince Edward woman is asking the public for help after her life-long collection of American Girl Dolls was mistakenly sold at a yard sale. Chelsea Corbin said the five dolls were all gifts from her mother that she's had since she was a child.

Corbin planned on gifting the dolls to her own daughter, but said her husband mistakenly sold them for $2 each at a yard sale.

The 100-mile yard sale is one of the biggest community events in Prince Edward, with miles of sales attracting residents from Prince Edward and surrounding counties.

Corbin said that she showed her husband two baskets of dolls, and explained that the American Girl dolls were not to be sold.

"I told him this box of American Girl Dolls you cannot sell," she recalled. "Came back and I was hysterically crying and hyperventilating and I thought oh my gosh I'm going to have to tell my mom."

Chelsea's mom Susan Hamby said while the dolls are valuable,  it was the sentimental value that's important.

"They just meant a lot to me to be able to give them to her and to see her enjoy them," Hamby said. "Then when her daughter was born I thought, 'how wonderful we have a child we can pass these down to.'"

While her husband has since been forgiven, Corbin's son Scott said that his mom was extremely upset.

"She threw a basket at my daddy," Scott said.

"I'm really hoping that whoever bought my dolls that they would understand that they were by accident- they weren't for sale and really intended for my little girl," Chelsea Corbin said.

On Monday, a person reached out to Chelsea and said they had run into an elderly couple from Victoria at one of the yard sales. That couple said they got a great deal on American Girl dolls earlier in the day. Chelsea said she hoped the couple would find it in their heart to come forward.