2 killed, 3 injured in crash that closed I-95 Friday

SPOTSYLVANIA COUNTY, Va. -- Police have identified the two people who died in a single-vehicle accident that closed all northbound lanes of Interstate 95 in Spotsylvania County Friday afternoon.

"A 2004 Ford Explorer was traveling north on I-95 when the driver ran off of the right shoulder, struck the guardrail, over corrected, and over turned several times before coming to rest on the left shoulder," Virginia State Troopers tell CBS 6. 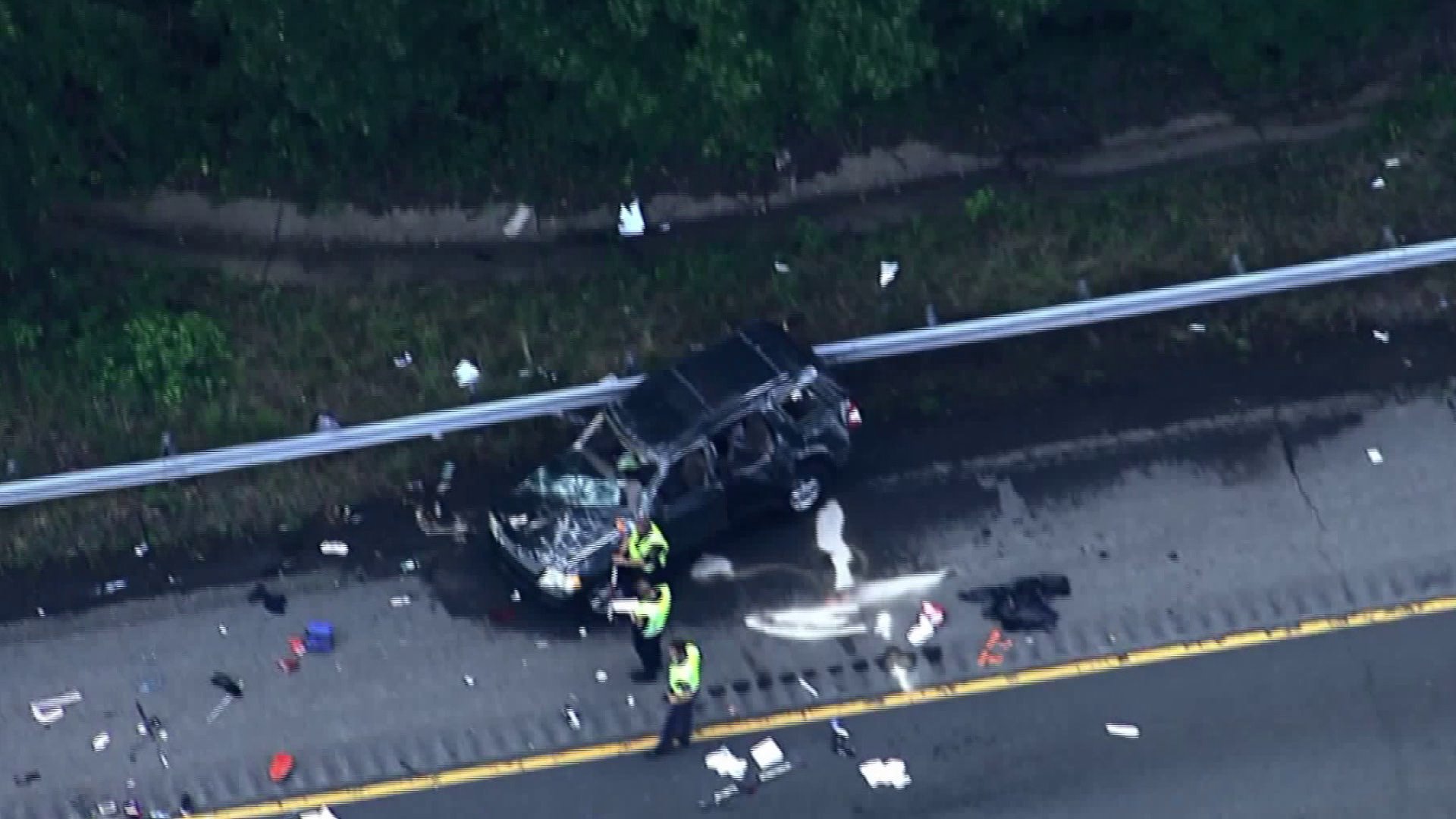 The 24-year-old driver, Jahvante L. Winnagle, of Hedgesville, WVa., was transported to Mary Washington Hospital with life-threatening injuries. Winnagle was not wearing a seat belt.

A passenger in the Ford, 47-year-old Frederick L. Thomas, of Hedgesville, WVa., was ejected from the vehicle and died at the scene. Thomas was not wearing a seat belt.

Another passenger in the Ford, 45-year-old Robert W. Rutherford Jr., of Hedgesville, WVa., was ejected from the vehicle and died at the scene. Rutherford was not wearing a seat belt.

Two other passengers, an adult male and a juvenile male, were transported to Mary Washington Hospital with minor injuries. Both were wearing seat belts.

Troopers said charges are pending in the crash, which remains under investigation.