‘High water is no joke!’ Driver rescued from submerged car

RICHMOND, Va. — Crews rescued a driver from a submerged car on a flooded street on Richmond’s Northside as storms moved through the area on the Fourth of July.

The rescue happened along the 1800 block of Magnolia Street around 7 p.m.

Slow-moving storms, which continued in some areas through late evening before dissipating overnight, produced prolonged heavy downpours and localized flooding.

“This underpass is notorious for flooding after storms,” Paul Edwards noted on Twitter.

A photo shows a sign – complete with flashing lights – warning drivers that the road is prone to flooding and stating “do not enter when flooded.”

“High water is no joke!” Jackson tweeted. “Thankfully everyone is OK.” 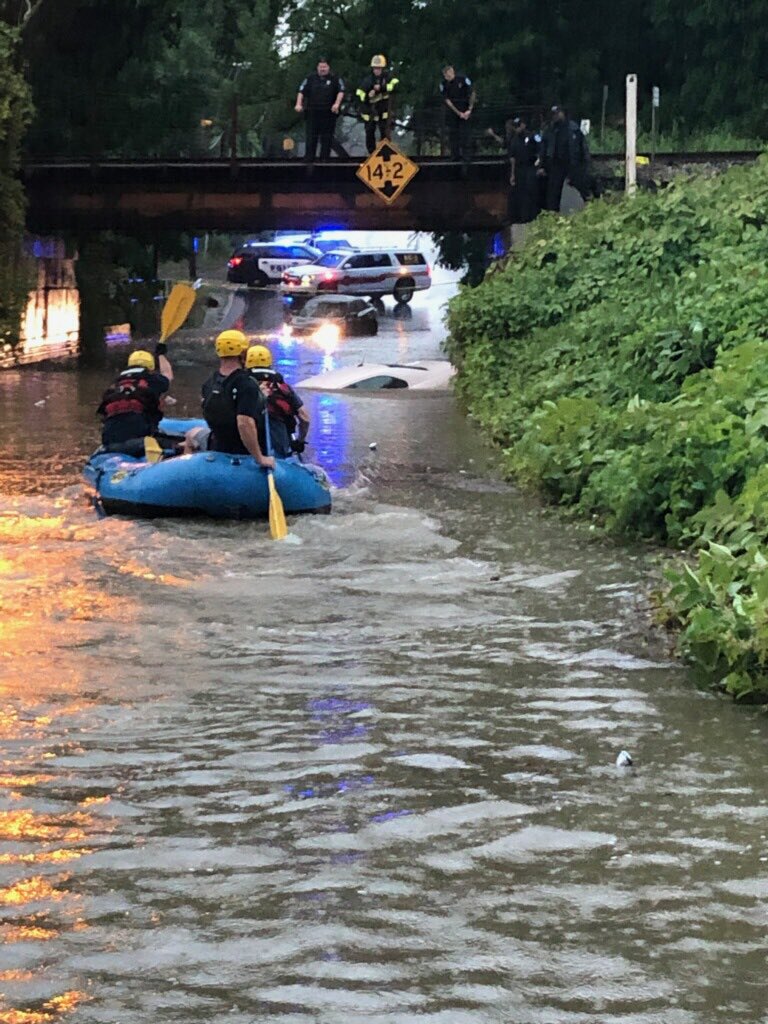