HENRICO COUNTY, Va. -- Fire officials are warning the public after discarded smoking materials caused a fifth house to go up in flames over a 36-hour period in Henrico County, according to Capt. Rob Rowley with Henrico County Fire.

Firefighters were dispatched to a report of a house fire in the 10800 block of Westek Drive just before 1 a.m. Saturday.

When crews arrived at the scene, they found a family of four waiting outside the home.

"Firefighters... found a large fire that appeared to have started on the rear deck of the home and then spread up into the attic of the two-story home," Rowley said.

Officials said firefighters quickly extinguished the fire and that no injuries were reported.

The boys' mother said the twelve-year-old identical twins were awake when the fire started and called 911. The boys then alerted their sleeping parents.

"They did it on their own and saved our lives. "They worked together to make sure everyone was safe," the children's mother told WTVR CBS 6. "I just want to give them the acknowledgment they deserve as our heroes."

Additionally, Rowley stressed the importance of making sure everyone in your home, including children, know their address and how to call 911 for emergencies.

Officials said the family of four was displaced by the fire.

The Red Cross is assisting with the family with temporary housing, officials said. 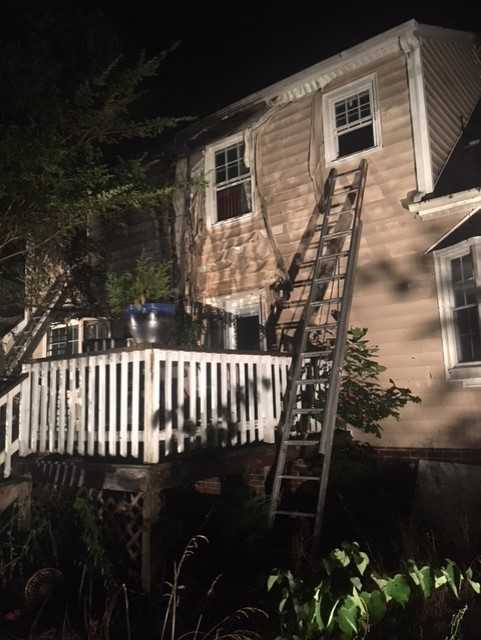