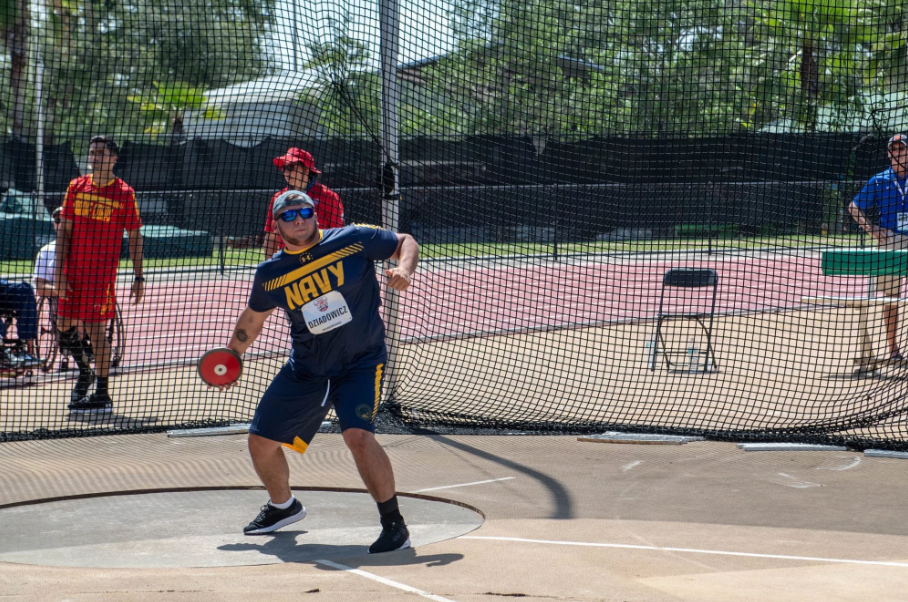 TAMPA, Fl. – The 2019 Warrior Games are still underway, but one Navy veteran from Hampton Roads already has plenty to be proud about this year.

The 2019 Warrior games kicked off Friday in Tampa, Florida. The competition brings together about 300 wounded, ill and injured service members and veterans from the United States, as well as other allied nations.

Since 2010, the Warrior Games have seen athletes compete in more than a dozen Paralympic-style sports.

Dziadowicz enlisted in the Navy in 2015 and was medically retired in March of this year after suffering several injuries including a traumatic brain injury and PTSD. His last duty station was with VAW-120 at Naval Station Norfolk.

He says the camaraderie with his fellow competitors has been incredible and he’s already looking forward to competing again next year.