Andelin received his nickname the “Zoo Ninja” because he trains where he grew up at the zoo.

His father, Jim Andelin, opened the Metro Richmond Zoo to the public in 1995.

Justin works full-time as a manager at the Zoo and regularly works out on the Great Ape Exhibits, the Zoos’ Zipline and Adventure Park, and all around the Zoo to prepare himself for American Ninja Warrior. 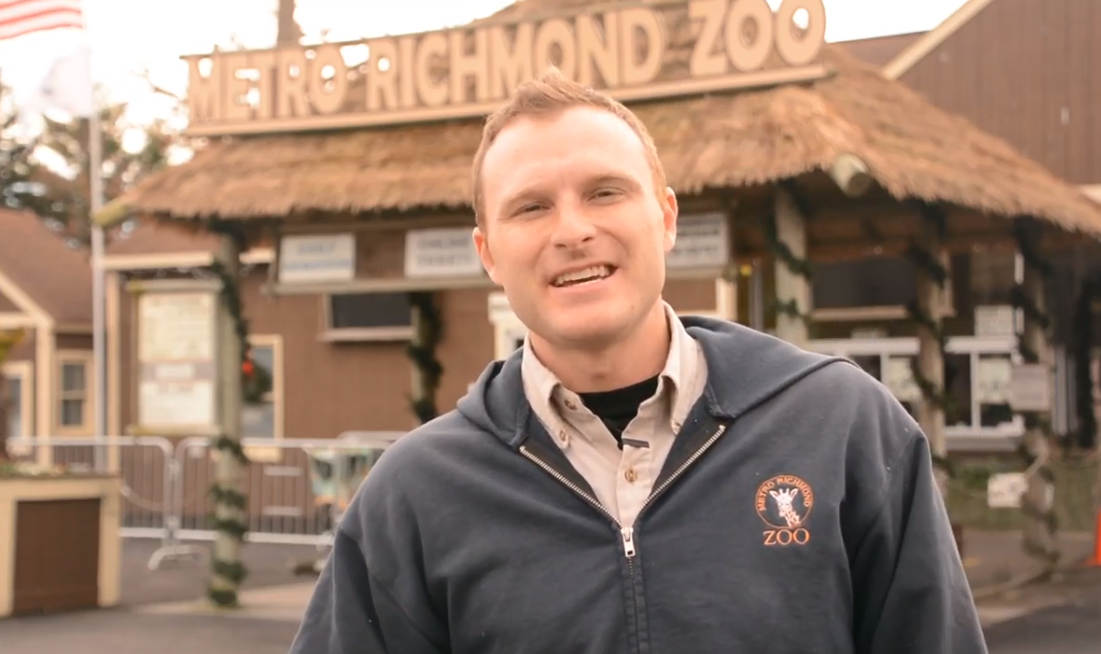 He says the monkeys and apes’ climbing techniques have influenced his ninja skills.

“Growing up in my home we raised monkeys just like these,” said Andelin. “It was just super motivating to make me want to be like them. That’s where I started my passion for doing ninja tricks.”

The Zoo Ninja will appear on the show next Monday, July 1 at 8 p.m. in the ANW Baltimore City qualifying episode.