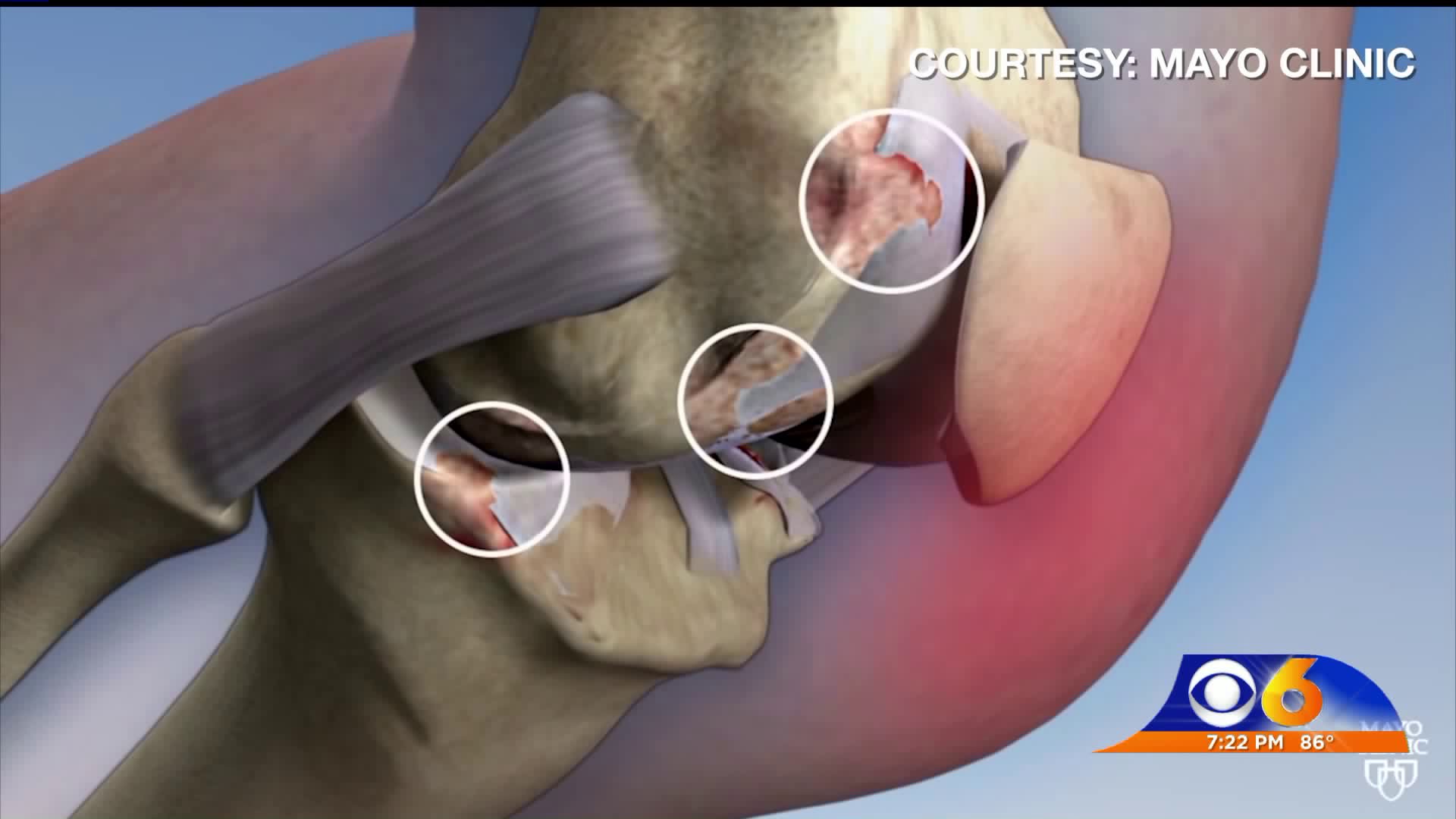 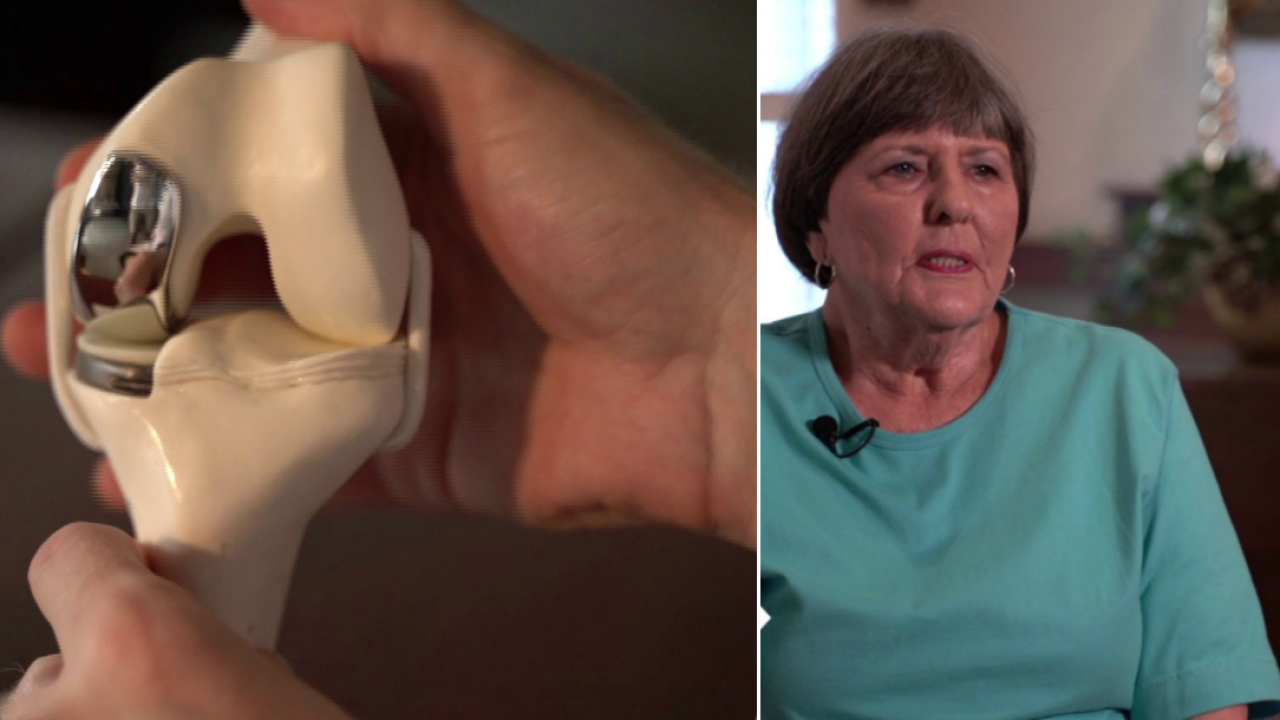 RICHMOND, Va. -- Faye Stinchfield knew the pain in her knee was growing worse with time.

"I was always falling," Stinchfield says. "I kept putting it off, not wanting to be operated on and then the day after Thanksgiving, I fell and broke my right knee cap."

Six weeks later, Stinchfield received a total knee replacement. She knew the condition in her knee left her little choice.

"There was just no cartilage or anything left between the bones, so it was time to have it replaced," Stinchfield says.

Dr. Ryan Robertson M.D., an orthopedic surgeon at HCA's Parham Doctors' Hospital, says arthritis leads to the loss of cartilage in the knee. The damage can cause pain, inflammation and discomfort.

Since damage can be isolated to just one part of the knee, not all patients need to have a total knee replacement.

Some patients are good candidates for a partial knee replacement, a surgery where only the diseased cartilage and bone are removed.

Robertson says patients needing a partial knee replacement, ofter complain of pain in just one part of the knee.

"Most people are localizing the pain to a single area of the knee," Robertson says. "Especially with a partial knee replacement candidate, they will be able to point to that part of the knee that really bothers them, where maybe a total knee replacement patient is globally having pain throughout."

The benefits of having a partial knee replacement include less blood loss, faster recovery time and better range of motion after the surgery.

The risks include the potential for revision surgeries (do-overs), which could lead to more post-surgery complications.

Patients with Rheumatoid Arthritis are not candidates for partial knee replacement surgery.

Robertson says patients need to consult with their doctor to find out which surgery is best for them.

Stinchfield says she has no regrets over her decision to have surgery.

"None," Stinchfield laughs. "I probably should have done it months before."

To learn more information on full vs partial knee replacement surgery, a seminar will be held on July 25th at Parham Doctors' Hospital from 5:30-6:30pm.