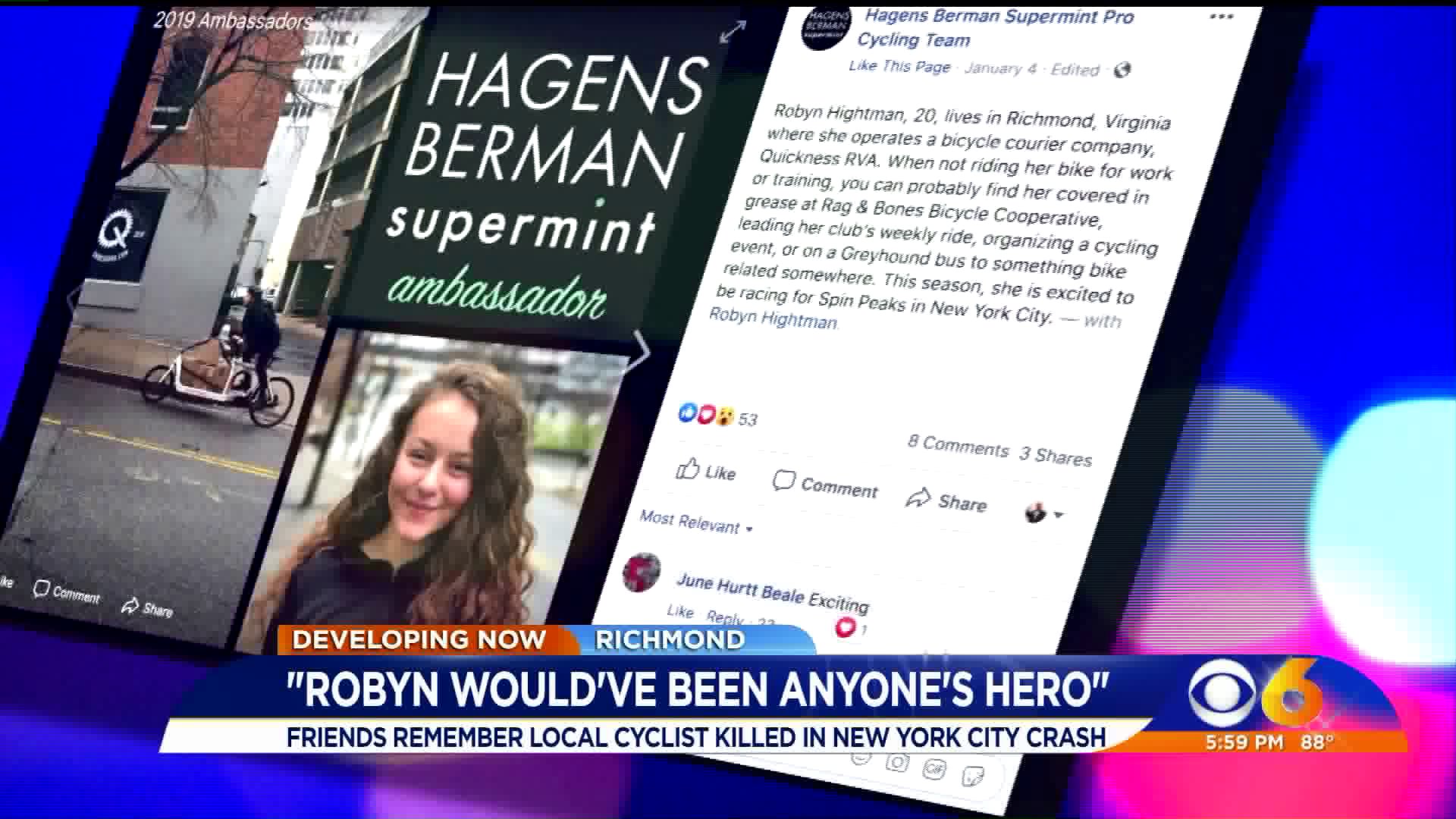 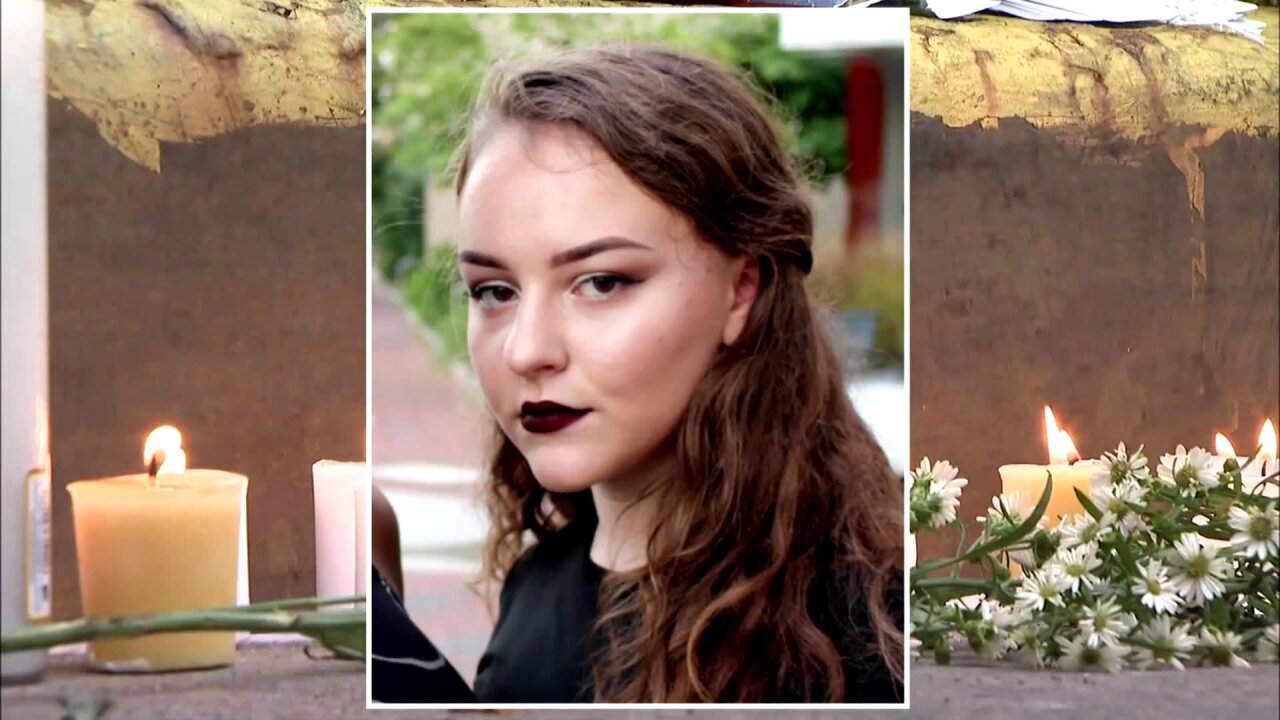 RICHMOND, Va. -- Robyn Hightman was cycling on Sixth Avenue near 24th Street, when they were struck and killed just after 10 a.m. Monday.

Friends said Hightman, who preferred the pronouns they/them, had just moved to New York City in the past few days and was applying for jobs with non-profit agencies.

Hightman had previously worked for a courier service called Quickness RVA in Richmond and was active in the cycling community. This year, they were named an ambassador for the Hagens Berman Supermint Pro Cycling Team, an organization that advocates for women cyclers.

The cycling team remembered Hightman as a “strong, beautiful, gutsy rider” in a Facebook post on Monday afternoon.

"They overcame so much adversity in life while channeling their energy into riding, worked hard as a bike messenger, and pushed to foster inclusivity in cycling, encouraging those who identify as women, trans, non-binary, and/or gender variant to find a welcome place in our sport," the post read in part.

"Just, like, this amazing person who was friends with everyone,” said Matt Siegel, a friend of Hightman’s in Richmond. "It’s really heartbreaking for all of us. Robyn was only 20-years-old. Just 20-years-old.”

Siegel said Hightman was hoping to work with at-risk children because of their life experiences, including homelessness as a teenager.

“Robyn would have been, like, anyone’s hero,” said Siegel.

Siegel said he learned of their death when he got a text referencing bad news. At first, he said he thought it would be something mundane.

"As soon as the phone call happened, I was like, OK, this must be serious,” added Siegel. “It’s still kind of hitting me that I’m not going to see my friend around.”

Siegel said he met Hightman through the Richmond bicycle club, DFL RVA, around two years ago.

“We had a ride one night where the goal was to split up into teams and just find random people on bicycles at night in The Fan and just get them to come ride with us,” said Siegel. “And we bumped into Robyn on Lombardy and Grace and we’re like, ‘Hey, come ride with us.’ And Robyn was like, ‘OK.’ And that’s how we met Robyn. Just started riding with us.

The club will be holding a memorial bike ride and vigil for Hightman on Wednesday night at 8 p.m. Siegel said they will meet at Federal Park and then ride around the city, stopping every once in a while to share their favorite memories and stories about Hightman.

The driver of the truck that hit Hightman has not been charged in the crash after police determined the cyclist was not in the bike lane and was traveling between vehicles when they were struck.

Witnesses said the driver appeared to take off immediately after the crash, but returned a short time later after he was flagged down by another driver. He apparently did not realize he had struck the cyclist, according to PIX11.