STAFFORD COUNTY, Va. — Stafford County deputies are asking for the public’s help to identify the suspects involved in the theft of a Children’s Miracle Network donation bin from Walmart.

The larceny occurred at the Walmart located at 217 Garrisonville Road on June 21, at approximately 2:00 a.m. 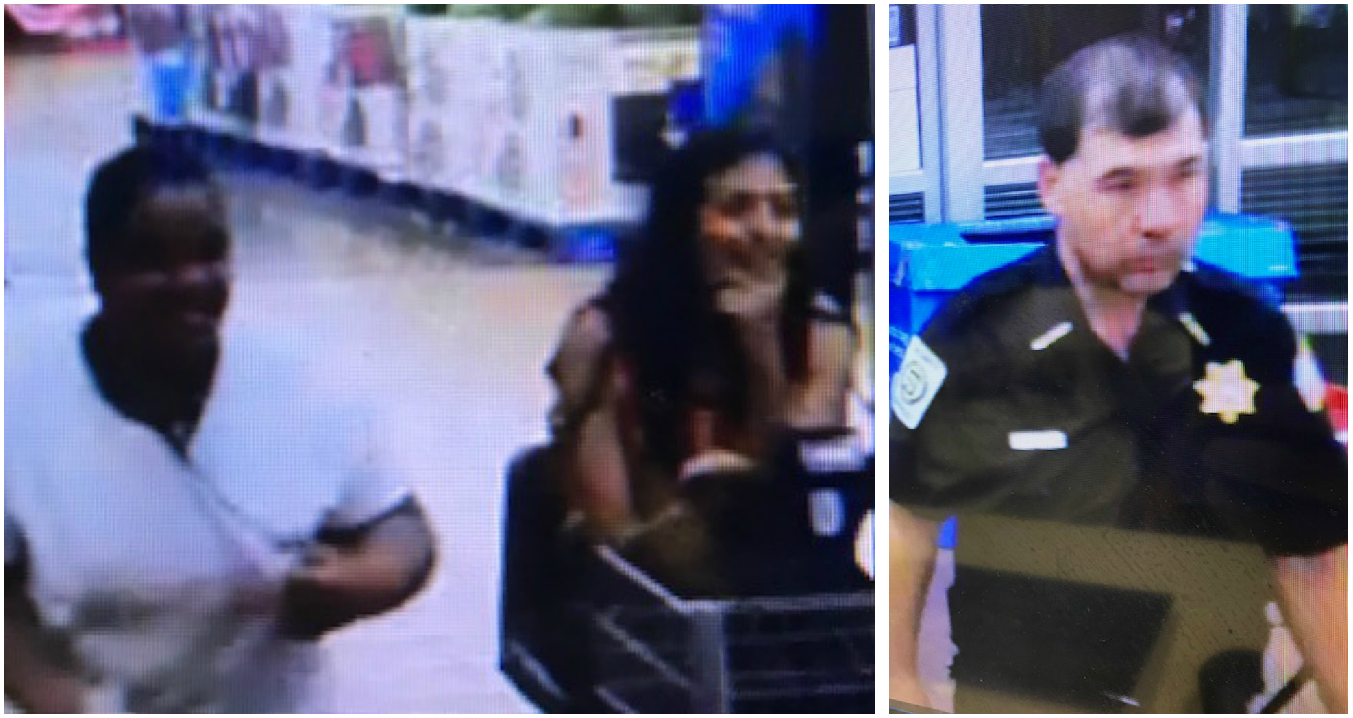 While in the store, the first suspect placed a Children’s Miracle Network donation bin containing about $200.00 in her motorized cart, according to the Stafford Sheriff’s Office. Deputies say the suspects then exited the store and walked towards a nearby 7-Eleven.

Deputies say a third subject, an adult male, exited the red sedan and entered Walmart. Investigators believe the man was looking for the first two suspects, before exiting the store a short time later.

The man is described as a middle-aged white male wearing a security uniform and badge.

Anyone with information on this incident is asked to immediately contact the Stafford County Sheriff’s Office at (540) 658-4400.