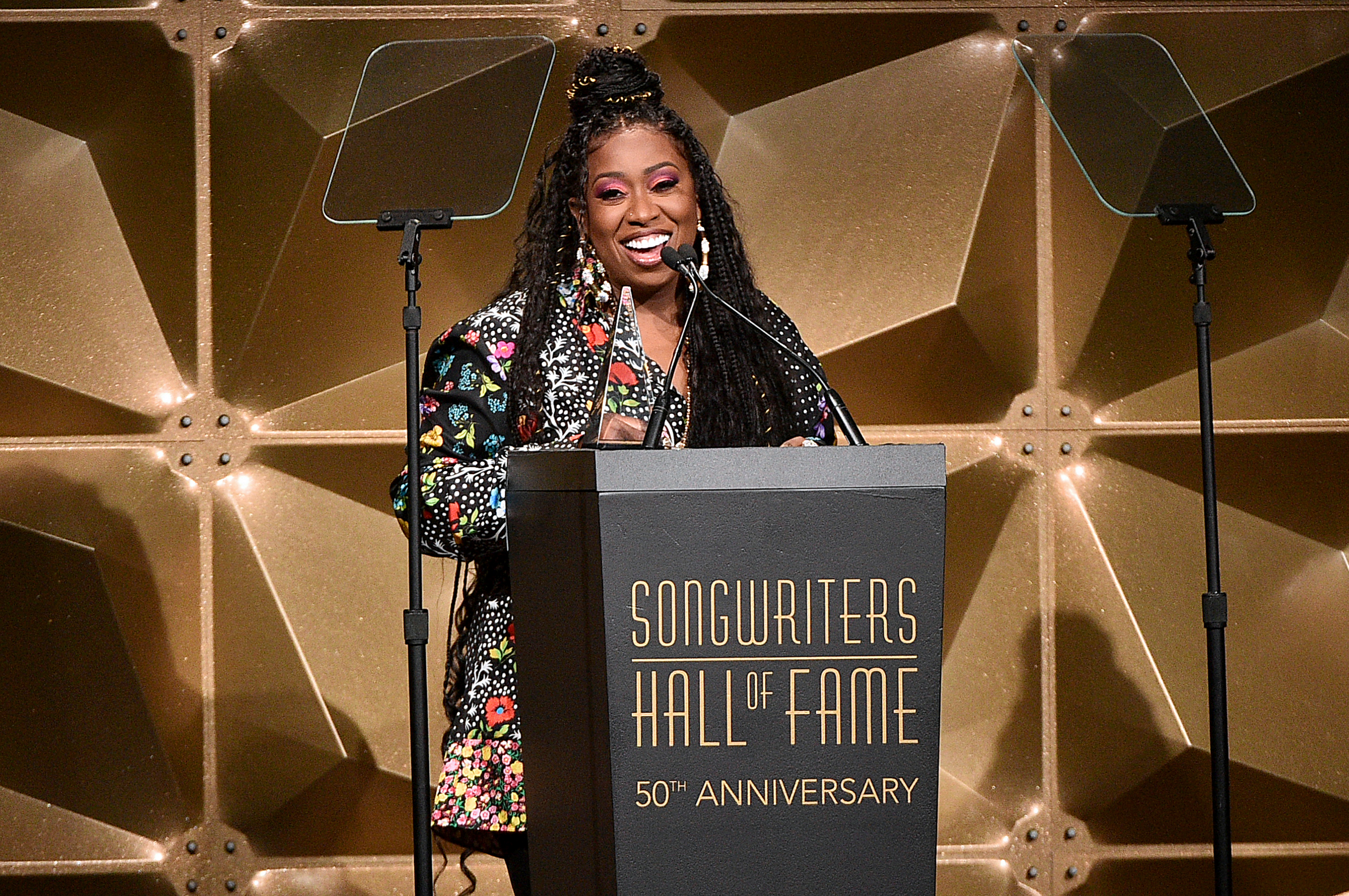 NEW YORK CITY – Portsmouth’s own Missy Elliott was inducted into the Songwriters Hall of Fame on Thursday night, marking one more accomplishment to a life that has seen so many.

Through her Twitter, Elliot documented a night that included live friends and family, a gift from her mother for the induction and a picture of her on the Spotify billboard.

For over 20 years Elliott has brought her local community, and the world, powerful and moving songs. Many on social media, such as media publications, celebrities and fans, congratulated her on the success.

Since hitting the music scene big in the late 1990s, Elliott’s hit singles Sock It 2 Me,” “Hit Em Wit Da Hee,” “Beep Me 911,” and “The Rain (Supa Dupa Fly)” helped propel the talented artist into a league of her own. Elliott has also worked with many artists, such as Beyonce, Whitney Houston, Ciara and many more, in collaborations.

So many Amazing gifts today i am so humbly grateful😩🙏🏾 a gift from my mommy for getting inducted in the Songwriters Hall of Fame tonight🥰❤️🤗 I Love you Mommy! pic.twitter.com/aW1zYKbE8T

So @MonaScottYoung say go to your window and open the curtains😳 I’m shooketh because I ain’t dressed up looking all crazy and then this what I see outside the window💣🔥🙌🏾🙌🏾 love you🤗❤️ pic.twitter.com/ZSXB9eGapk

My peoples got me out here in the middle of Times Square @Spotify billboard taking flicks😳🙌🏾🔥🔥🔥🔥 pic.twitter.com/bshYXn0APe