While there will be some dry times, we will see occasional showers and storms through mid-week.

RICHMOND, Va. -- A stalled front and tropical moisture caused extremely heavy rainfall on Friday.  Some locations picked up three to six inches of rain in a very short period of time, and flooding was a major issue.

The axis of heavier rain will shift to southwestern Virginia and also near the North Carolina border during Saturday. 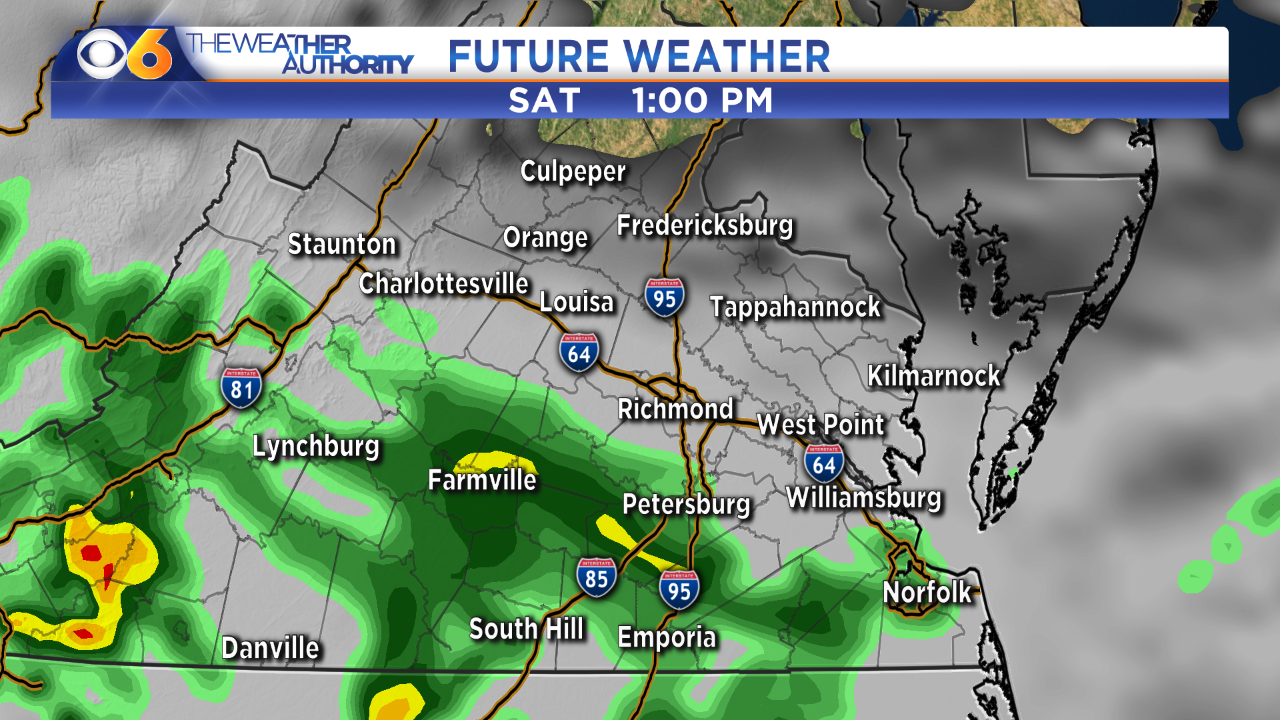 And while there will be some dry times on Sunday, more occasional rain is expected.  A few storms are possible, and localized rainfall in excess of an inch or two will be possible.

Rain chances will be fairly low Monday morning, but then steadier rain will return Monday afternoon through Tuesday morning.

We should catch another brief break later Tuesday into early Wednesday.  Yet another system will spread rain into the area Wednesday afternoon into Wednesday night.  Showers should gradually exit on Thursday.

Here is a computer model map of possible rainfall between Saturday and Thursday.  Widespread totals of over two inches are expected, with higher amounts to the southwest.  However, with the high humidity and frequent showers and storms, localized heavier downpours will produce higher amounts and more flooding.

As of now, it looks like high pressure will build in at the end of the week, so we may have dry days Friday through next weekend.