Luxury superyacht lost at sea after falling off cargo ship 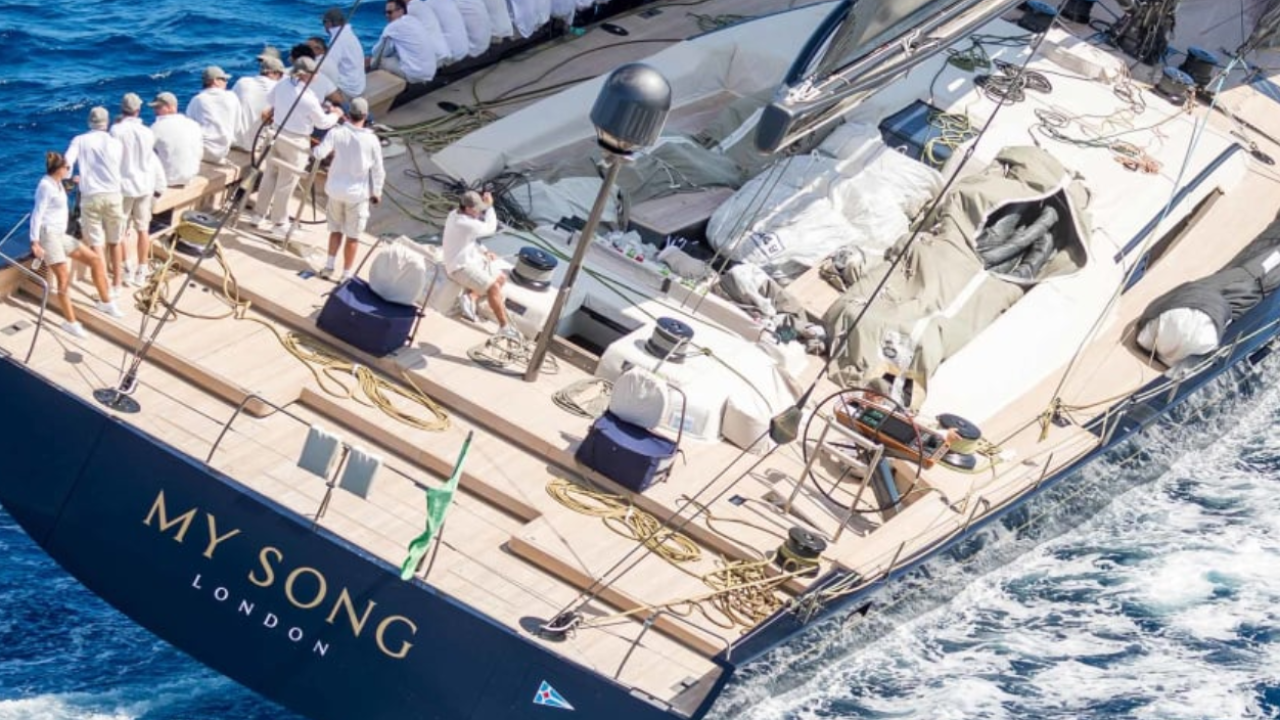 A luxury superyacht owned by an Italian billionaire was lost at sea after it slipped from a cargo ship into the Mediterranean.

My Song, a 40-meter (130-foot) Baltic 130 Custom sailing yacht, owned by the fashion heir Pier Luigi Loro Piana, was being transported between the Spanish island of Mallorca and the Italian city of Genoa when the incident occurred. It was the final leg of its voyage from the Caribbean, according to media reports supported by maritime tracking data.

The prize-winning yacht was later pictured half-submerged in the sea.

In June, My Song was to compete as a returning winner in the annual Loro Piana Superyacht Regatta, to be held in Porto Cervo on the Italian island of Sardinia. The regatta is hosted by Loro Piana, heir to the high-end clothing company of the same name, and worth an estimated $1.6bn in 2018, according to Forbes magazine.

The yacht was the holder of several awards and titles, including Best Yacht at the World Superyacht Awards, and also set a speed record during last year’s RORC Transatlantic Race.

The prize-winning boat fell from a cargo ship into the sea, and was later pictured half-submerged. (Courtesy Press Mare)

Peters & May, the logistics company in charge of transporting the yacht, issued a statement confirming its loss in the early hours of Sunday.

“We were informed of the loss of a yacht from the deck of the MV Brattinsborg at approximately 0400hr LT on 26th May 2019. The yacht is sailing yacht My Song. Upon receipt of the news Peters & May instructed the captain of the MV Brattinsborg to attempt salvage whilst third-party salvors were appointed,” David Holley, chief executive of Peters & May, said in a statement.

Mr. Holley confirmed that an investigation into the cause of the incident has been launched, and added that an initial assessment had concluded that the yacht’s cradle “collapsed” during the voyage, causing the loss of the boat overboard. The cradle was owned and provided by the yacht and assembled by its own crew, he added.

Completed in 2016, My Song is described by specialist Finnish boat makers Baltic Yachts as a “state of the art, multi-role custom superyacht” made of advanced carbon fiber laminate.

The custom boat, owned by the fashion heir Pier Luigi Loro Piana, was being transported between Mallorca and Genoa when the incident occurred. (Courtesy Press Mare)

The yacht was equipped with high-performance technical features such as interchangeable mainsails for cruising or racing and a retractable propulsion system that could double as a stern thruster.

My Song was able to accommodate up to eight people, and design features included a “spectacular deck saloon with hull and superstructure ports” and “skylights providing panoramic outboard views.”

A spokeswoman for Baltic Yachts told CNN in an email that although the company could not comment on the specifics of the incident, “it is very sad news and we feel for the owner.”

The company would not comment on the cost of the vessel.